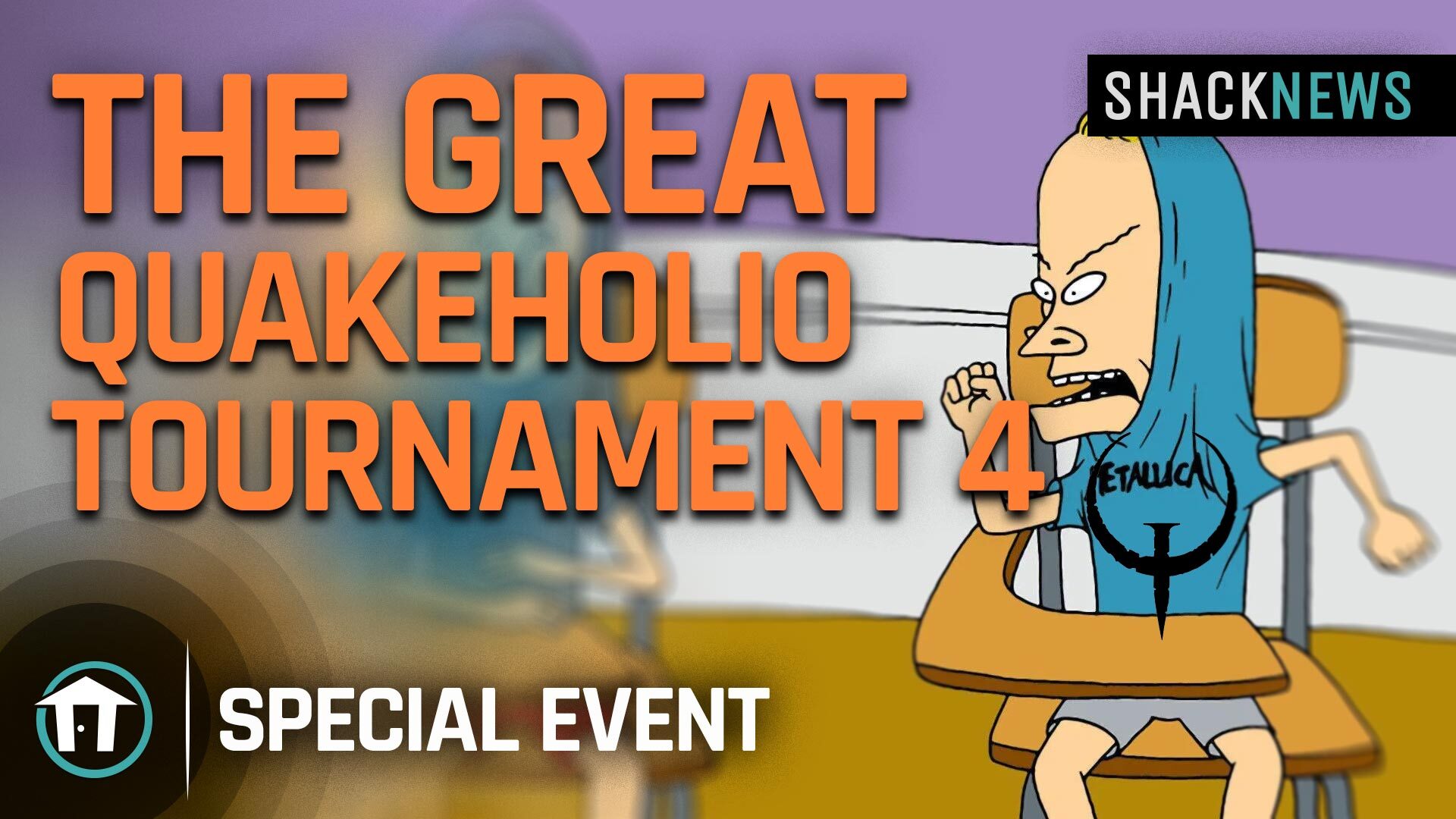 Okay, I know it’s only June and that by now you’re used to us throwing the Great Quakeholio in conjunction with QuakeCon. But, this year isn’t like every other year. This is the 25th anniversary of Shacknews and Quake. Can you believe it? Twenty-five years of blowing each other up with rockets and lightning guns. Such an occasion calls for a celebration, so we’ve chosen to hold the Great Quakeholio Tournament 4 on the week of Quake’s launch back in 1996!

The Great Quakeholio Tournament 4 is your chance to rocket jump yourself into the annals of Shacknews history by taking on all challengers in a Quake tournament to end all Quake tournaments. One grand prize winner will take home a hefty purse of $6,000 USD, second place earns $3,000 USD, and third place gets a respectable $1,000 USD. In order to compete, make sure you’re a member of the Shacknews Chatty and are at least 18 years old. From there, fill out our tournament registration form here and make sure you’re not busy on Saturday June 26, 2021 starting at 11:00 a.m. PT/2:00 p.m. ET since that’s when we’ll be holding said tournament. We’ll be using the ezQuake version of Quake, so be sure to have it downloaded and ready to go (as if you didn’t have it installed already).

You’ve got until midnight PT on June 24, 2021 to make sure your entry forms are filled out and submitted. The last few years have been a real blast and this year’s rocket rumble should be even better. So, even if you don’t feel like entering you’ll be able to catch the whole thing live over on the Shacknews Twitch channel. Make sure to give us a follow or sub so you don’t miss a minute of the action!