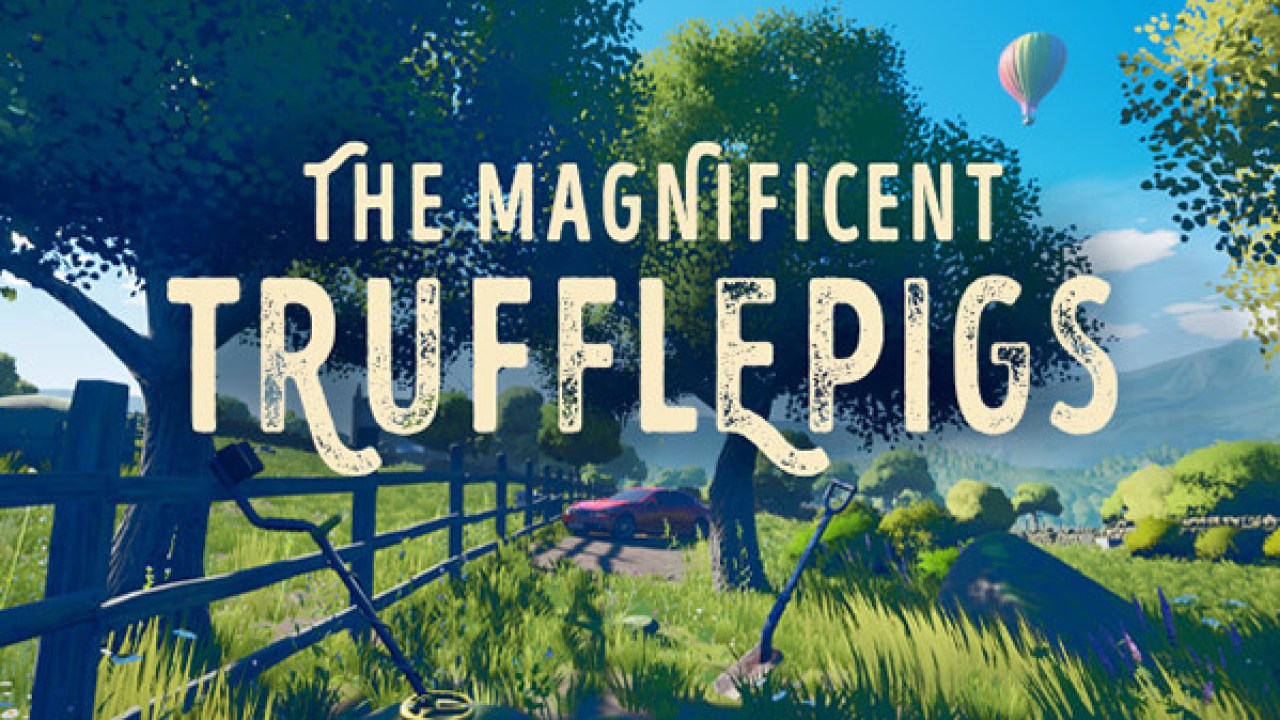 The Magnificent Trufflepigs review: Digging below the surface

With even the most narratively-driven games these days being riddled with gameplay mechanics and systems for players to manage, there’s something to be said about the games that feel light. Games that are there to give you a brief and concise story, with simple mechanics lightly sprinkled in there. This is exactly what developer Thunkd delivers with The Magnificent Trufflepigs.

The Magnificent Trufflepigs follows the story of Adam, a young man who has returned to his childhood hometown of Stanning. While there, he’ll help a woman named Beth as she seeks to discover a hidden treasure. As the story unfolds, we learn more about Beth, her motivations, and the past events of Stanning.

For a large chunk of the game, Adam and Beth communicate using walkie-talkie devices. It’s quite dialogue-heavy, as the game’s narrative is always at the forefront. Luckily, both Arthur Darvill (Adam) and Luci Fish (Beth) turn in some really solid performances. I liken the game to Firewatch, where so much of it hinges on the relationship between the main characters. The conversations between Adam and Beth all feel very natural, and it helps you emotionally invest into these characters despite spending such a short period of time with them.

While speaking with Beth, players will be given a choice in how to respond to her. These decisions will impact how you learn more about her, and how some of her secrets come to light.

Digging up the past

The most prominent game mechanic in The Magnificent Trufflepigs is metal detecting. In the beginning of the game, players are given a metal detector that they use to find hidden trinkets under the ground, with a goal of eventually discovering the treasure that Beth is seeking. The actual process of slowly panning over the ground and watching the monitor indicate that you’re getting closer to treasure is quite relaxing.

When you do find treasure, you have to line up the detector to a specific spot for the game to be prompted to allow you to dig. There were instances where I knew where the treasure was, but circled it several times with my detector waiting for the game to actually initiate the digging. It would’ve been great if I had the ability to just whip out the shovel and dig wherever.

I found a similar issue with the game’s narrative. The story in The Magnificent Trufflepigs is often forwarded by conversations with Beth, whether it be by text or over the walkie-talkie. That said, when you’re not speaking to her, I wish there was a clearer indication of where you should be or what you should be doing. Half the time I found myself wandering aimlessly until I hit an area that prompted her to call me and push the story forward.

For as small-scale and restrained as The Magnificent Trufflepigs is, I was really impressed with how beautiful the game is. The environments are all vibrant and have a natural feel to them. I also found the lighting to be really well done. Even when viewing the map, by turning my character, the sunlight would hit and reflect off of or cast a shadow on the map in unique ways. It’s those fine details that make the world feel a bit more real.

This attention to detail is also present in the game’s audio design. Although music is used to establish mood and tone, the developer also accomplishes it without playing a note. The ambient noises of bugs out on a sunny day, or wind rustling through the trees and grass reinforce the vibe of a quiet small town.

Welcome to The Magnificent Trufflepigs

The Magnificent Trufflepigs is a very condensed story, only taking about a few hours to reach the credits. Because of this, the narrative feels concise and free of filler. Despite spending such little time with them, I felt like I had a good understanding of these characters and the relationship forming between them, thanks to two exceptional voice performances. The game’s metal-detecting segments also make for some relaxing times as well. Although some design choices make certain moments more tedious than they need to be, The Magnificent Trufflepigs is a pleasant little experience.

This review is based on a digital Steam code provided by the publisher. The Magnificent Trufflepigs releases for PC and Switch on June 3, 2021 and costs $11.99 USD.