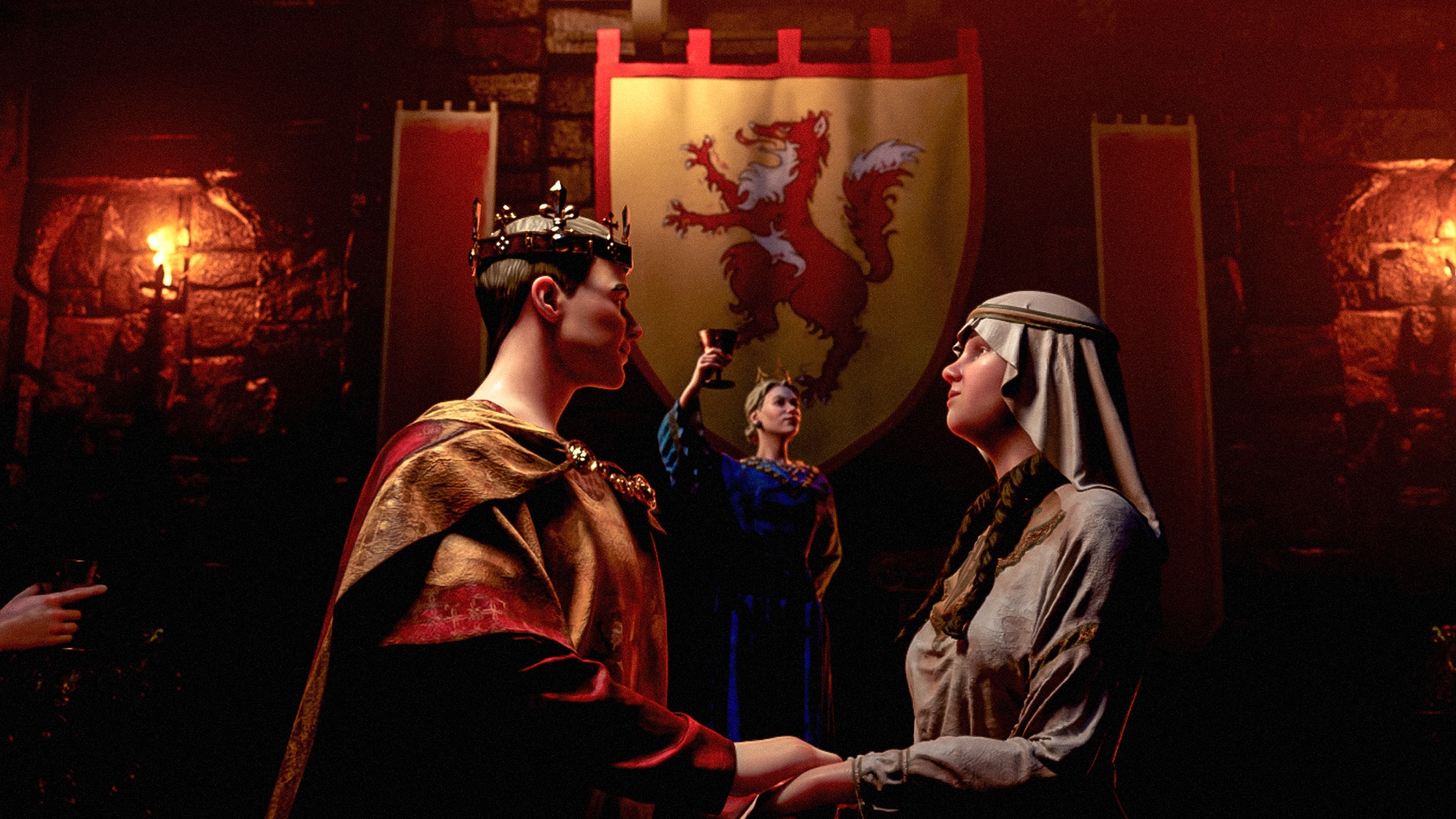 Crusader Kings 3 has explored several aspects of life in the medieval period. For the game's first expansion, Paradox Interactive and Paradox Development Studio will be diving into the more lavish side of ruling a kingdom. During Friday's PDXCON Remixed event, Paradox announced Crusader Kings 3: Royal Court, which will center around the assembly of a court room fit for a king.

Many of the challenges in the Crusader Kings 3: Royal Court expansion will center around the decoration of the king's court. Some might read that and wonder if that's a shallow concept for an expansion. Oh, no, it's far from that. If you're a king, you must look the part, after all. The idea of building and improving the royal throne room introduces the new Grandeur mechanic. Increasing the quality of life in your court will increase your Gradeur, which will establish your position in the Crusader Kings world. Those who do not have a high Grandeur rating will not be respected by other kingdoms. Conversely, those with a high Grandeur level can impress rival kings, attract higher-quality guests to their court, and receive various benefits befitting a king of such great standing. Kings with high Grandeur will also inspire their subjects accordingly. Inspired subjects can perform great acts, such as finding rare relics, undertaking scholarly acts, crafting stronger weapons, or creating more decadent artifacts.

Look for Royal Court to also introduce the concept of Hybrid Cultures. This will allow players to meld cultures in an effort to bridge relations. Players can now mix and match various traditions that wouldn't normally be possible under other circumstances. Speaking of traditions, if your traditional culture is not to your liking, you will now have the option to split from that culture and mold it into something more in tune with your vision. Traditions are meant to evolve, after all.

In an effort to pave the way for the Royal Court expansion, Crusader Kings 3 will receive a major free update prior to its release. This update will revamp the culture interface and feature several other major changes. Details on the free update are expected at a later date on the Crusader Kings 3 website.

Crusader Kings 3: Royal Court is coming soon to PC. Keep it on Shacknews for the latest updates from PDXCON Remixed.