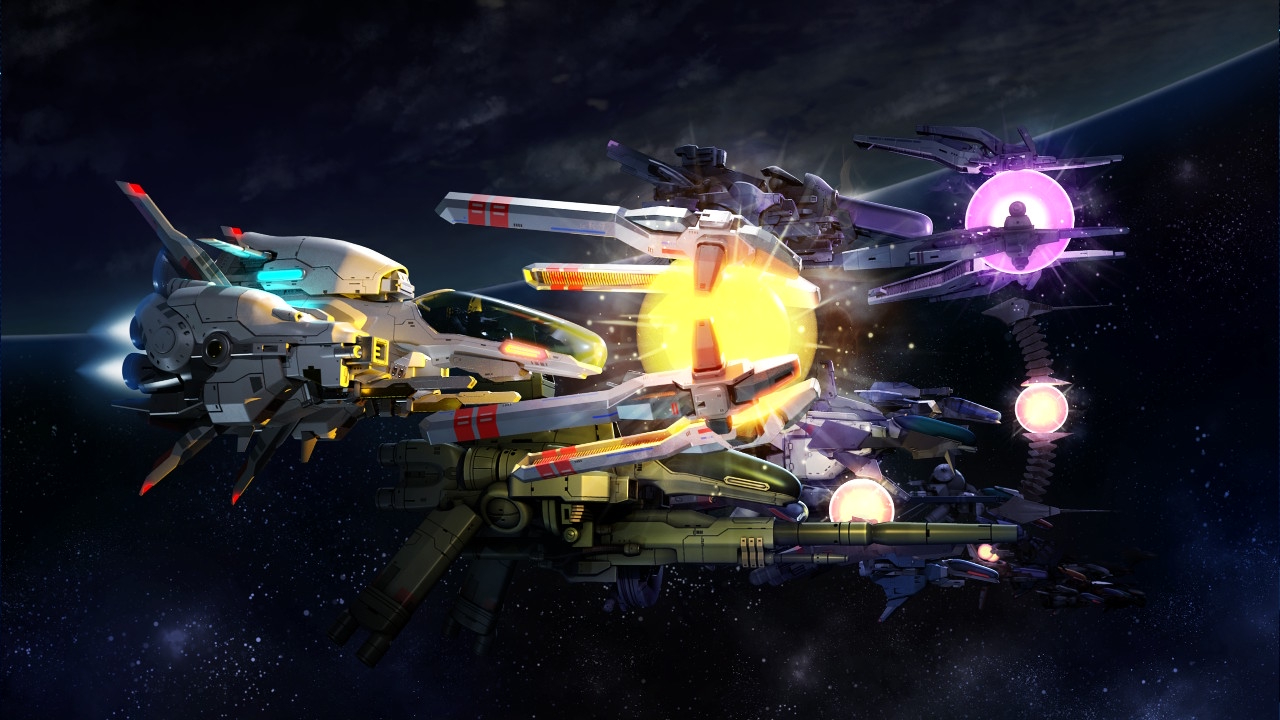 Have you played any good shoot-’em-ups lately? If the answer to that is yes, I would be willing to bet it wasn’t made recently. The shooter genre has become so much of a relic that the term ‘shooter’ barely applies anymore. What was once a catch-all term for the hundreds of games based on moving a vehicle or character in 2D space and shooting enemies has now become the catch-all term for any 3D game that has shooting a gun as the main mechanic, usually with a protagonist in third or first-person. Granzella and NIS America intend on bringing the horizontal-shooter back to its roots with R-Type Final 2, the first mainline R-Type entry since 2003. With a successful Kickstarter campaign that followed an April 1, 2019 announcement that Granzella had to assure was not an April Fools joke, R-Type Final 2 is now available for all shmup fans, old and new, after two years of development.

Up to the same old tricks

R-Type doesn’t exactly hold the same gravitas it once had among its peers in the arcades of yesterday. The original game was ported to just about everything and its sequels and spinoffs stayed relevant in gaming for over 20 years. Then the brand was silent for almost as long as it enjoyed continuous releases. Capitalizing on the nostalgia of fans eager to take up the fight against the Bydo once more, the former Irem staff at Granzella has given its Kickstarter backers and shmup fans the same R-Type they’ve known all along.

The game starts with an impressive pre-rendered cutscene showcasing the launch sequence of your ship and first-person cockpit view of the pre-flight check. The music ramps up the intensity with a thumping techno track before it cuts off abruptly. I would have liked it if there was a more seamless transition to gameplay, but the added polish of the cutscenes are a nice touch.

Defending your civilization from an alien invasion known as the Bydo, you must pilot a small trans-dimensional fighter against armadas of enemy spacecraft and creepy biological organisms. Your main weapon can be fired at will or charged up for a more powerful attack. This charge can even be extended for an incredibly powerful burst but your craft is vulnerable while you hold your fire.

This is where the Force comes in, and not the space magic kind. R-Type is known for having a detachable sphere on your vessel known as the Force that can be used to block projectiles and destroy smaller craft instantly. The Force sphere does constant damage on contact with all enemies and is also how you provide energy for your Dose meter, which powers a screen-clearing ultra attack. Getting up close and personal with your foes in order to charge up your biggest attacks and attaching the Force to the rear of your ship to provide cover fire are great risk-vs-reward systems and will be instantly recognizable to any returning fans. Some newer mechanics might have been a welcome addition to the gameplay and could have shaken up a formula that has been used for over three decades now, but there is comfort in the familiar and at least they didn’t break what was already not broken.

This is my R-Type, there are many like it, but this one is mine

One of the biggest and only surprises found in R-Type Final 2 is the ability to customize almost everything in the game. Your protagonist and spacecraft are blank canvases, ready for you to make your mark and claim them as your own. Everything from your pilot’s name, the colors and decoration of your ships, and even the name of the missions is up for you to leave be or make as unique as you like. The different areas can be played in order with a branching path in the storyline, or individually in the Stage & Score Attack mode as you unlock them.

Your default drab or fabulously festive fleet is on display in the R Museum found in the game's Data & Gallery section. This immense hangar houses your available craft and can be viewed from an overhead or ground-level view. I appreciated the detail found in each ship model and the history given for them. Every weapon, sub-weapon, Force attachment, and upgrade is presented with detailed information; really giving the feeling that you are exploring a museum of retired fighters.

Also available for display is the Pilot & War Record section, acting as sort of a photo mode for your hero and their spacecraft of choice. Here you can also edit your name, gender, birthday, title, medals, and even add custom comments. Rounding out the extras are the Bydo Lab, serving as an enemy glossary with detailed statistics, and the gallery, which houses high-quality screenshots with alternate angles that can be used to replace both the title and loading screens.

I wouldn’t go around saying R-Type Final 2 is the best looking game, but it would be unfair to say that it’s an ugly one. While it isn't beautiful, R-Type Final 2 is downright handsome at times. The frame rate was solid throughout, only dipping when finishing a boss fight and zooming in on my fighter. The resolution, however, is noticeably lowered in order to facilitate the solid frame pacing, but it's not detrimental to the overall experience.

Utilizing Unreal Engine 4, Granzella delivers a competent looking shooter with abundant real-time lighting, colorful particle-strewn weapon effects, and newly modeled yet familiar ships and enemies. The lighting in particular really impressed me with the area around you illuminating in different hues as you charge and unleash your weapons and receive incoming fire. Darker stages with metallic surfaces really stood out with this excellent lighting system in place and I found myself dying occasionally from looking a little too long at the pretty colors instead of focusing on my spacecraft.

The eleven stages found in the base game and the current two DLC stages all have a unique look and feel, with one even moving downwards vertically in a welcome twist on the usual horizontal affair. The opening levels do a great job of transitioning the player from the cold and mechanical space armada motif into more brooding and unsettling organic surroundings. Once you dive into stage 5, however, the stage variety is about as diverse as it can be. Level 5 finds the player underwater, battling enemies not found in any of the previous stages. At one point in the level, you are presented with a choice of four colored upgrades, and picking one will determine a different level layout for the rest of your playthrough. This offers great replay value in a genre normally known for shorter runtimes and quick sessions.

The music is perfectly adequate and borderline good at moments, mirroring the visual fidelity at every turn. Level themes fit their setting and match the environments, building at appropriate moments and thumping into full gear with boss encounters. The music might not be as varied as the mission settings, but there is a nice transition from techno-house grooves to more orchestral tracks as the levels shift in tone. The tunes thump appropiately when listened to with headphones and they never wear out their welcome or feel out of place.

With former Irem employees on staff, I imagine Granzella was very comfortable with developing and releasing R-Type Final 2. The word ‘comfortable’ sums up my feelings and experience with playing through the game and learning each level and boss pattern. Like re-reading a favorite book or re-watching a classic movie from your childhood, R-Type Final 2 brings back familiar memories with an adventure that seems like you’ve played it before, but not for a very long time. Shmups are a dying breed of game that has withstood the test of time as an arcade staple and to get a new entry that is done this well is almost an achievement in itself.

The game is an easy recommendation for anyone that has been pining for the shoot-’em-up glory days or any fan of arcade-style games. There is a lot of trial and error that is inherent with games of this nature and if rote memorization coupled with some light strategy in weapon choices doesn’t sound like your idea of fun, you might not find it here. There are multiple difficulty modes, however, that add continues and alter some boss patterns. I found the easiest setting offers a fair challenge while still teaching lessons to take into the more demanding difficulties. R-Type Final 2 is a prime example of a competent product that fills a niche perfectly. Even though R-Type Final was meant to be the last game in the franchise, this new sequel proves there’s still some fight left for shmups.

This review is based on a digital retail copy of the Nintendo Switch version. R-Type Final 2 is available now on Nintendo Switch, PS4, Xbox One and Series X/S consoles, and Steam for Windows PC for $39.99.