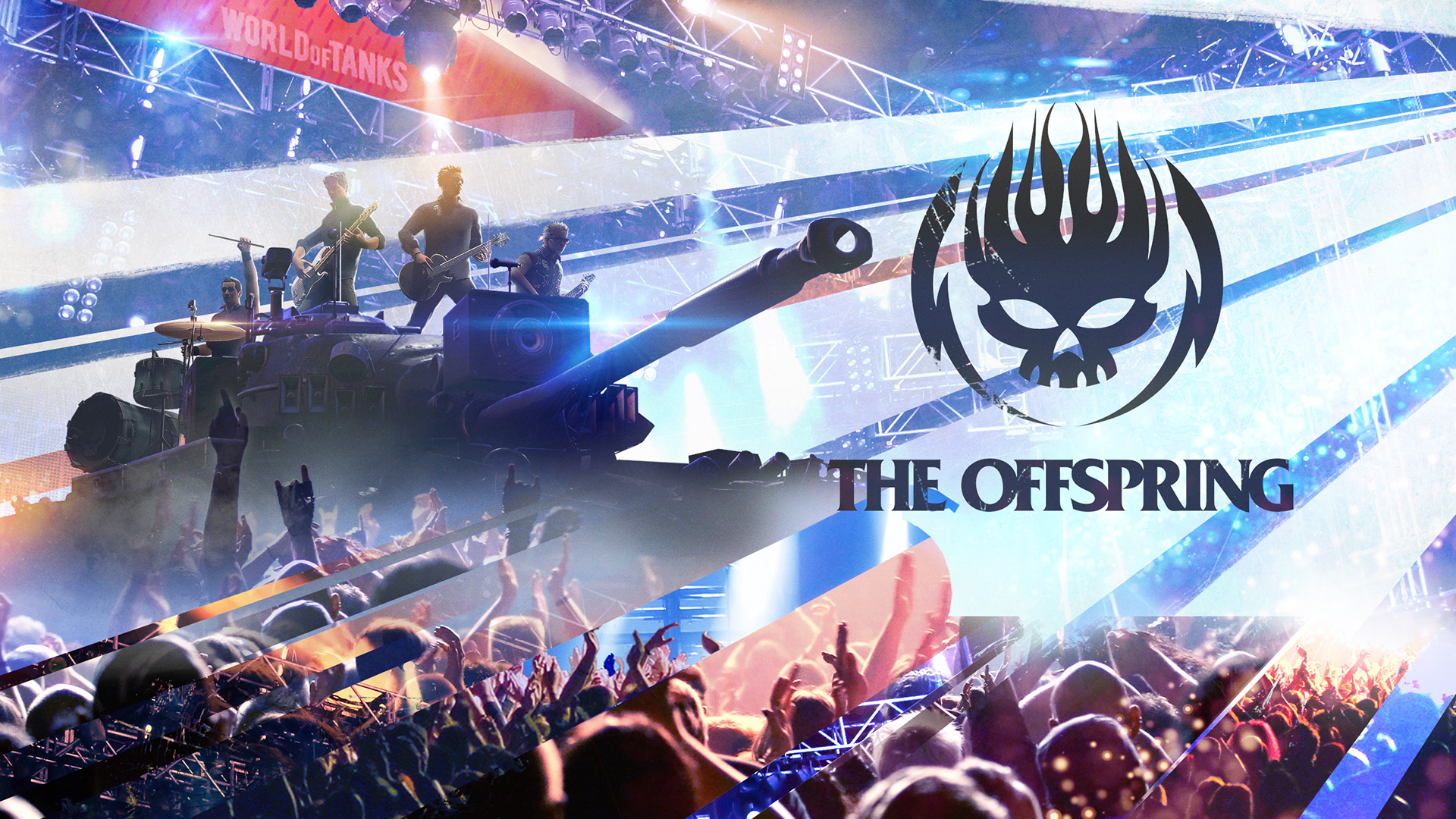 The Offspring are no strangers to the world of video games. Anyone who was into gaming at the turn of the millennium knew all about Sega’s new arcade taxi driving game Crazy Taxi. Its wild 3D graphics, hectic gameplay, and Offspring-filled soundtrack helped make it a bonafide gaming classic. The band is back to video games again with a new album and second collaboration with World of Tanks.

Let The Bad Times Roll is the first new Offspring album in almost a decade. The band’s tenth album was recorded over the last several years and sees the band once again collaborate with the world-renowned producer, Bob Rock. To mark this huge milestone, World of Tanks are bringing back their The Offspring-related in-game content!

With the release of the new album, tankers will be able to rock out while clashing on the battlefield in the TL1 LPC, a Tier VIII American light tank, adorned in the awesome Pretty Fly 3D style. This style features everything the band needs to put on an impromptu show, including all their instruments, stage lights, and more. Attentive players and fans will also notice the skateboards featuring the iconic album artwork, including 1998’s Americana, affixed to the vehicle.

But what’s a tank without its crew? The TL1 LPC Pretty Fly comes with Dexter, Noodles, Pete and Todd, and features custom voice lines unique to the crew. Tankers will also be able to once again get their hands on all manner of 2D The Offspring customization elements, including decals, inscriptions, emblems, and the unique Turn It Up! 2D style.

You can get in on the action yourself at the game's official website.