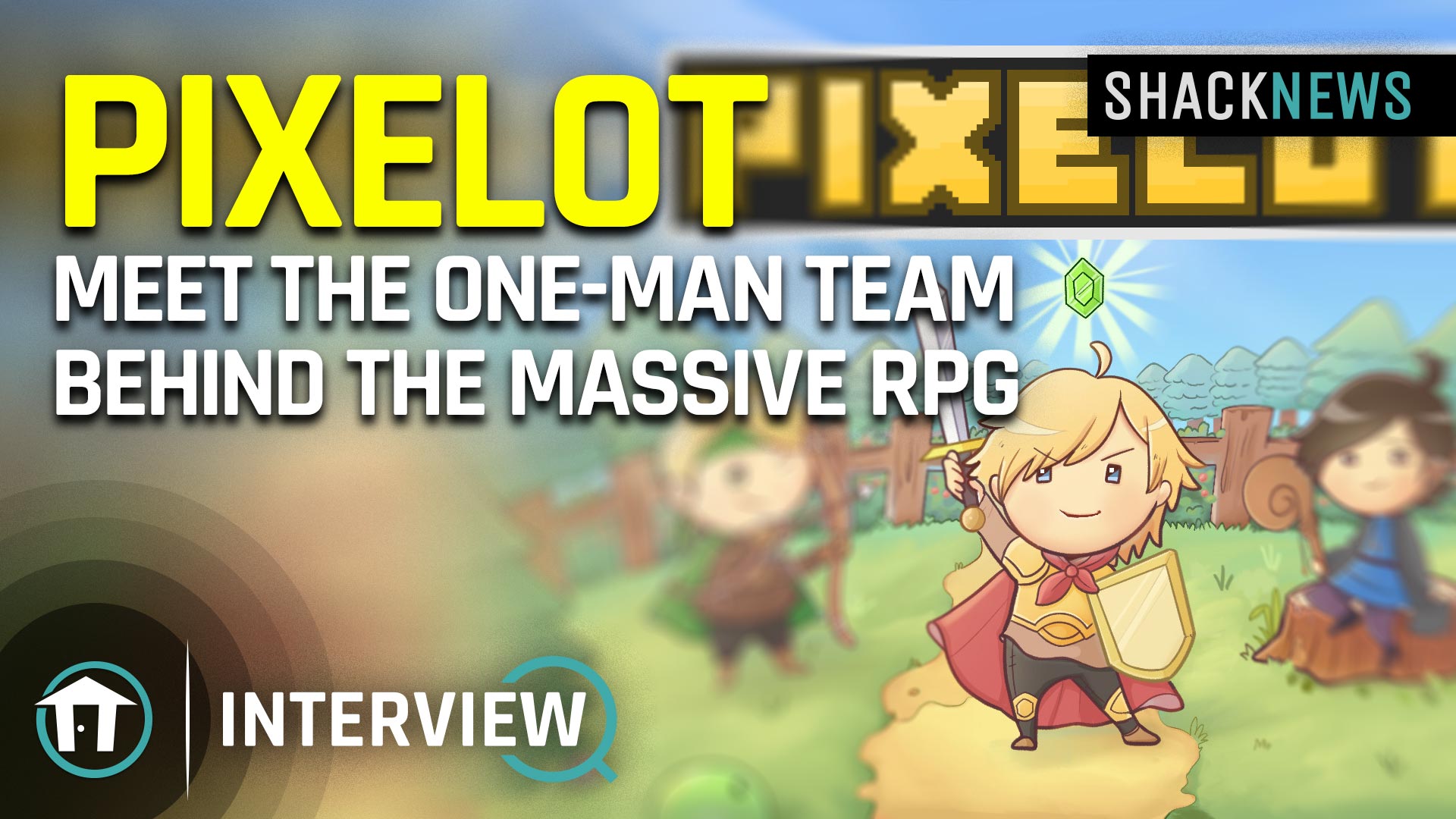 While many RPGs are pushing the envelope in terms of art and visual style, Pixelot creator Kyle Berger went into his game with something else in mind. An avid fan of the Game Boy Advance RPG era, he wanted to create something with visuals more reminiscent of Nintendo's old handheld. Berger soon got to work on Pixelot and the result is something that would fit in with the old school Pokemon, Final Fantasy, and Golden Sun of the early 2000s. To learn more about the final product and its inspirations, we spoke to Berger about his creation.

"I grew up playing those games, you know, Final Fantasy 1 through 6 on the Game Boy Advance," Berger told Shacknews. "And I like the idea of, you have your characters and they're heavy armor and you've got your characters that are healers and wizards. So I always wanted to play games where I could create my own character, create my own classes, kind of do melds of the two. And so I played a lot of World of Warcraft, too, growing up and I thought, 'Okay, well, what kind of aspects from that can I bring in here?'"

Berger also dives into the many challenges that stem from being a solo developer, working on nearly every element of a robust RPG. In particular, he dives into the work-life balance, as well as how he learned the skills he needed to create a mobile RPG before ultimately taking it to Steam.

Pixelot is available right now on Steam, as well as the App Store and Google Play. For more interviews like this, be sure to subscribe to Shacknews and GamerHub.TV on YouTube.