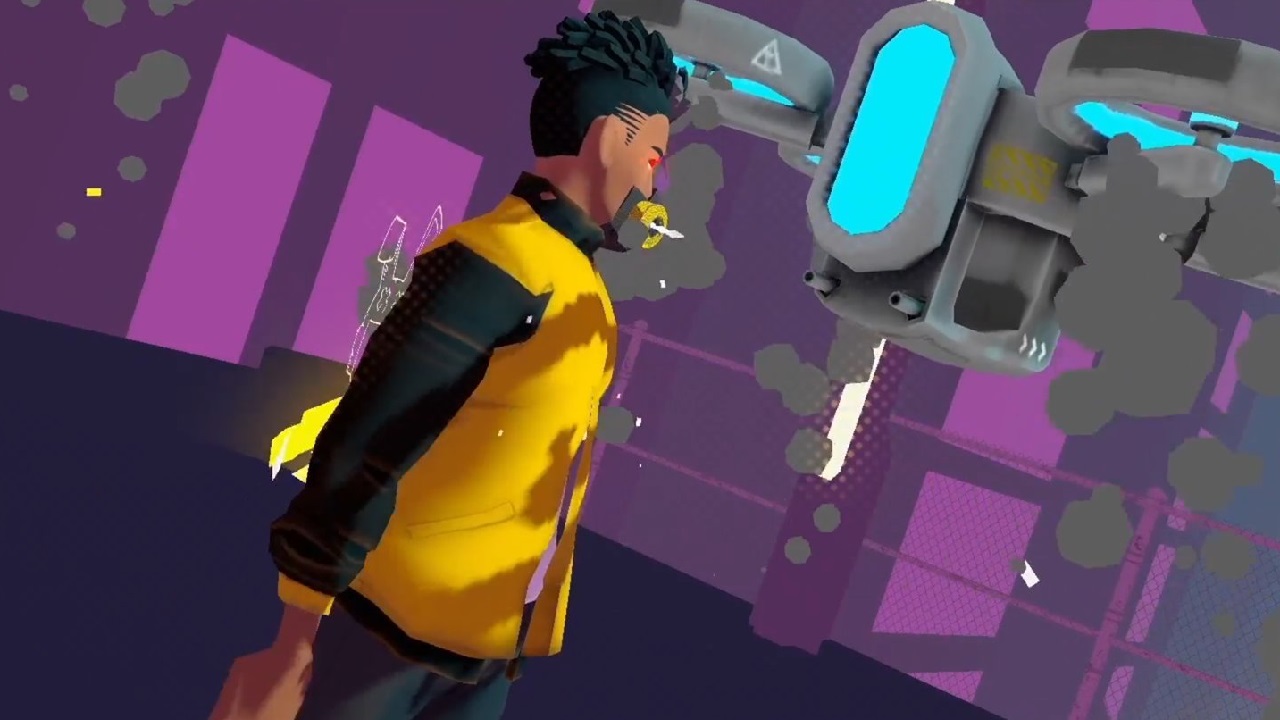 Neil “Aerial_Knight” Jones is a developer from the Detroit scene who sought a way to combine his love of music and game design in one package. He’s come together with publisher Headup Games to bring his vision to the Nintendo Switch in the form of Aerial_Knight’s Never Yield: a side-scrolling runner set in the near future, featuring an interesting and stylish look, and music inspired by the Detroit scene. It’s coming to Switch in May with a demo launching on the Nintendo eShop today.

Nintendo and Headup Games revealed Aerial_Knight’s Never Yield on the Nintendo Indie World showcase on April 14, 2021. Never Yield tells the story of Wally, a mysterious figure who has recovered something once stolen from him. With enemies on his tale, players will guide Wally through a Tokyo-style futuristic Detroit in a sort of endless runner side-scrolling gameplay. You’ll run, slide, jump, and “Dash,” which will give your moves a stylish panache in which you can temporarily perform ridiculously cool movement combinations through the game’s obstacles.

Make your escape through a futuristic Tokyo-styled Detroit when @Aerial_Knight’s Never Yield, a 3D runner published by @HeadupGames, comes to #NintendoSwitch on May 19! #IndieWorld

Aerial_Knight’s Never Yield is crisp-looking as heck with a soundtrack delivered by Danime-Sama – a Detroit artist who will be mixing the game’s beats with vocalists from around the world. It’s to arrive on the Nintendo Switch on May 19, 2021. What’s more, if you want to get a taste of how good it is, you can check a demo on the Nintendo Switch’s eShop today, which lets you check out a glimpse of the gameplay, music, and narrative at play in the game. Aerial_Knight’s  Never Yield is also planned for a PC release on Steam sometime in 2021 and you also check out some of the soundtrack on Spotify.

As we await further details Aerial_Knight’s Never Yield, check out the demo now on Switch and stay tuned for updates such as the Steam release date right here at Shacknews.