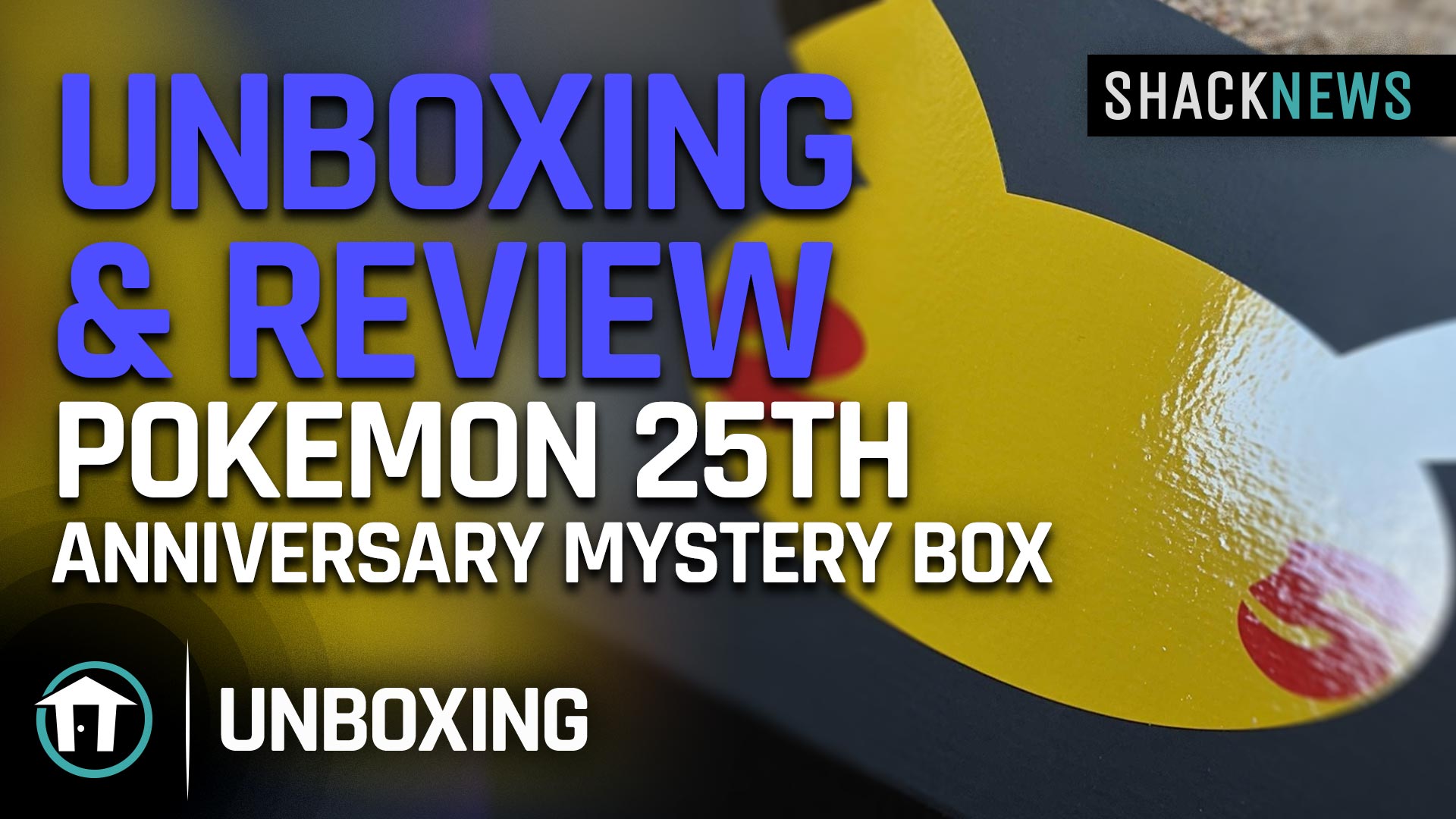 This year, the Pokemon franchise turned 25 years old, as Pokemon Red and Green were first released on February 27, 1996. In celebration, The Pokemon Company has gone all out to celebrate the milestone, with new products, a concert, and new video games. As a part of the 25th-anniversary celebration, The Pokemon Company also sent us a special mystery box filled with some exclusive items. We unboxed and reviewed the box’s contents for your viewing pleasure.

The box also includes a white hoodie with a similar design to the shirt, but with bright red color and lettering. Lastly, the box came with a poster that’s full of Pikachu, once again using the same P25 music branding.

In celebration of the anniversary, Pokemon held a digital concert with artist Post Malone, who performed some of his most popular songs. Since the event was entirely digital and fans could not physically attend, this merchandise was sent out to commemorate the event, as music is so integral to the Pokemon franchise. For the full video and countless other unboxings, subscribe to the Shacknews YouTube channel.

What the Dub?! interview: Reimagining the party game