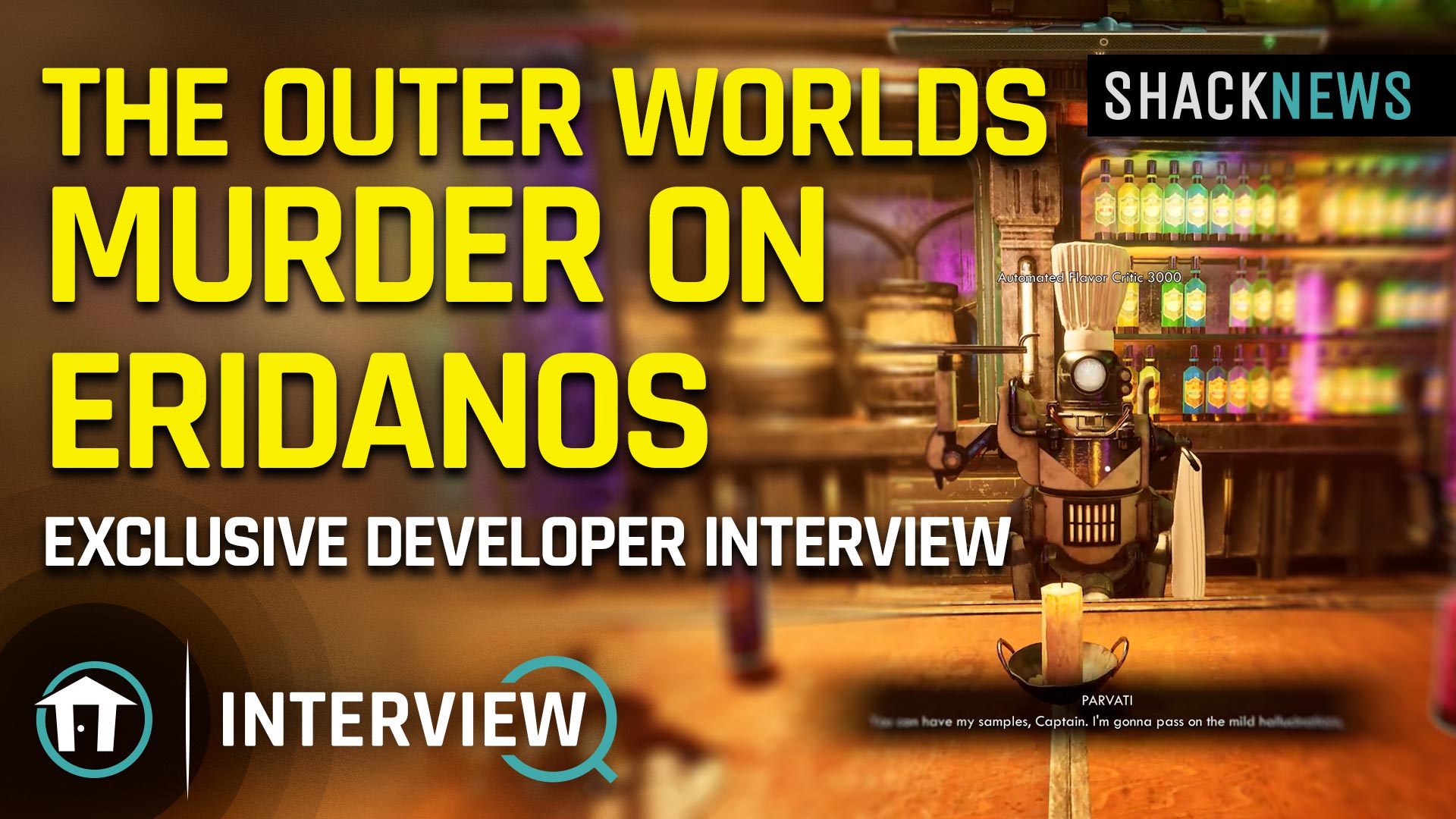 The Outer Worlds: Murder on Eridanos devs talk bringing mystery to life in a sci-fi setting

The Outer Worlds: Murder on Eridanos is out next week, giving players another taste of Obsidian's excellent corporate-focused RPG. As we head towards the DLC’s release, Shacknews Video Editor, Greg Burke sat down with Megan Starks, the Game Direct & Lead Narrative Designer for Murder on Eridanos, as well as Tim Cain, the Co-Game Director on The Outer Worlds to talk about the upcoming expansion and what it was like bringing murder mystery to life in a sci-fi setting.

“We really wanted to give the player the sense that they were starring in their own pulpy, sci-fi serial adventure,” Starks told Greg in the interview. “You’re coming in, investigating the murder of this actress, who was starring in them, and in doing that, you are kind of participating in your own.”

According to Starks, players are in for a mix of film noir and murder mystery dinner, all with that usual charm and wit that The Outer Worlds brings to the table.

“Being a game, it reacts to the kind of character you’re playing,” Cain explained. He also alluded to how different the playthroughs were when using his medical doctor and his stupid character, saying that NPC interactions, and the overall ability of your character to find and solve clues can change depending on what kind of character you are playing.

We recently went hands-on with an hour of The Outer Worlds: Murder on Eridanos, and it’s definitely shaping up to be a fun DLC for players to dig into. You can check out the complete interview above, it’s well worth the watch if you’re a fan of Obisidian’s latest RPG, or just a fan of the development studio itself. As a reminder, The Outer Worlds: Murder on Eridanos arrives on March 17, 2021.