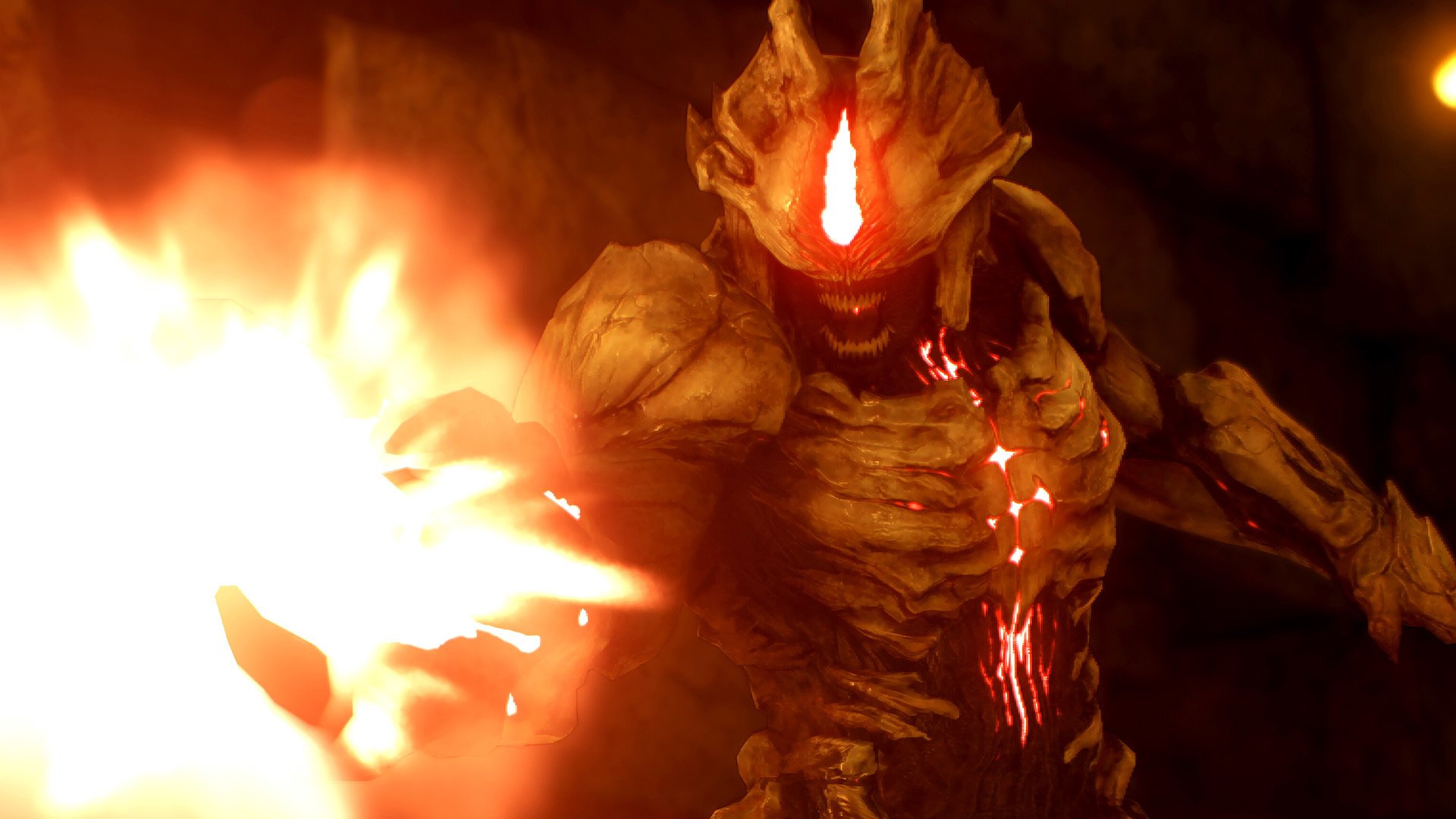 This week has brought some interesting news for Bethesda fans, as Microsoft finalized its acquisition of Zenimax, the parent company that holds Bethesda, Machine Games, and a ton of other studios under its umbrella. To celebrate the studios joining together, and to give us a deeper look behind the scenes, Xbox and Bethesda put on a roundtable, which premiered earlier this afternoon on YouTube.

The roundtable not only gave us a bit more information about what Xbox plans to do with Bethesda now that it has the reins, but it also taught us some insider secrets—like the fact that Tango Gameworks, the developers on The Evil Within series, created an enemy for Doom 2016.

Collaboration is a big part of being a part of the family at Bethesda, Todd Vaughn, the SVP of Development at Bethesda Softworks explained in the roundtable. “MachineGames is probably one of our most successful developers when it comes to collaboration. They’ve probably worked on everything.”

He continued, “There’s an enemy that’s in Doom 2016 that Tango made, that I don’t think anybody realizes.”

The enemy in question is the Hell Razer, which made its debut in the reboot game. This is just one of the many things that have come together through collaboration between the Zenimax studios over the years, according to Vaugh.

For those who haven’t played Doom 2016, the Hell Razer is one of the more difficult enemies you can encounter in Doom 2016, as it fires a constant stream of energy at you once it attacks. This enemy can eat away at your armor and health, so you’ll need to dispatch it quickly using your Combat Shotgun.

It’s always fun to find out new facts about some of our favorite games, and learning that the studio behind The Evil Within helped bring an enemy in Doom alive is definitely a fun little easter egg of trivia knowledge.