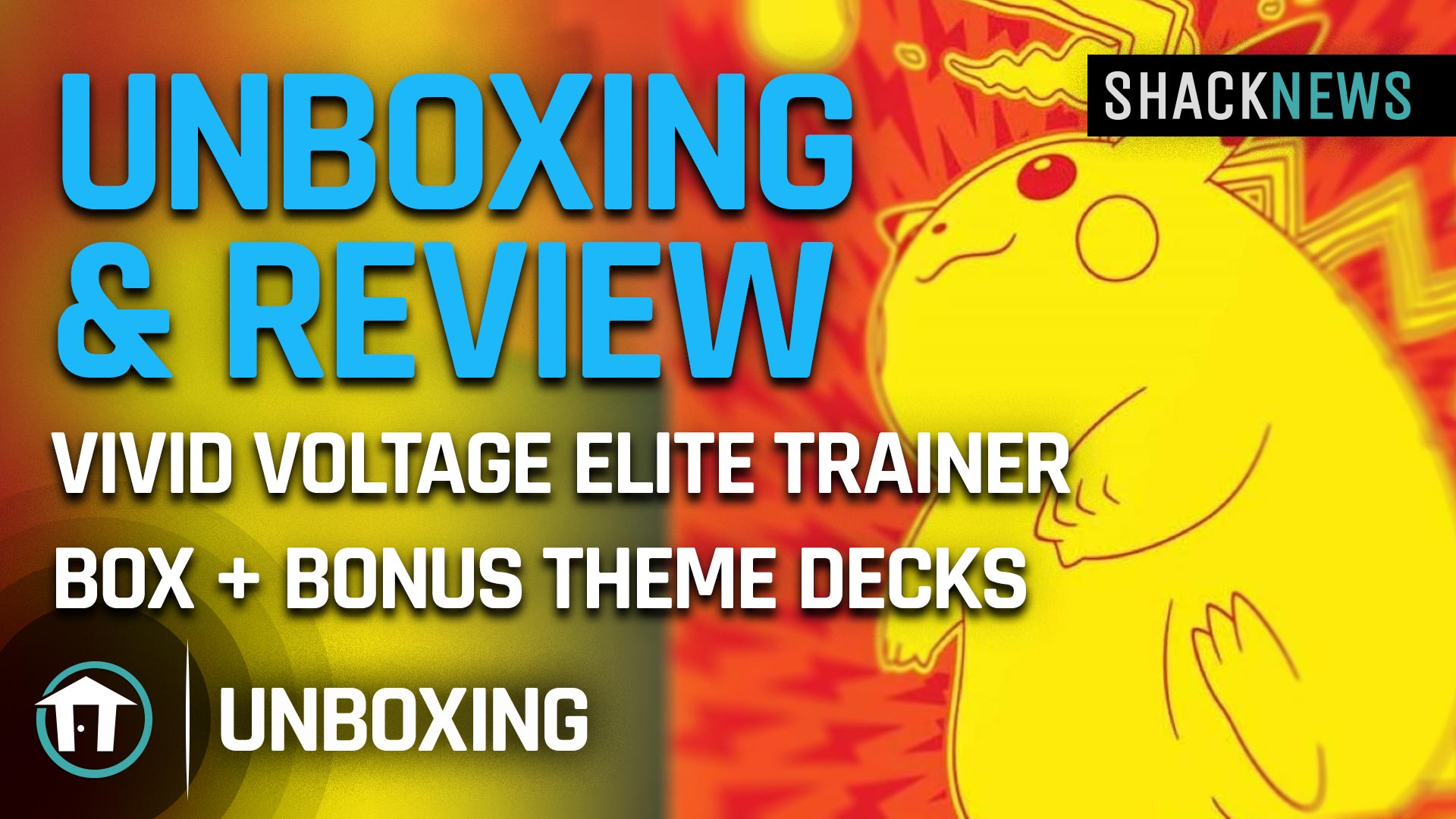 Since the 90s, the Pokemon Trading Card Game has been a wildly popular branch of the Pokemon brand. Recently, the Pokemon TCG saw a huge uptick in popularity as some of the biggest streamers and content creators filmed themselves unboxing the latest cards. We got our hands on the Pokemon TCG Vivid Voltage Elite Trainer Box, and have recorded an unboxing for your viewing pleasure.

Our Pokemon card unboxing was posted to our YouTube channel and can be viewed in full below. In the video, Video Editor Greg Burke unboxes the Pokemon TCG Vivid Voltage Elite Trainer Box. With artwork of Gigantamax Pikachu on the cover, this box includes the latest line of Pokemon cards, including many of those found in the Galar region.

The box comes with eight booster packs, each containing a random selection of Pokemon cards. It also includes a booklet that showcases all of the cards in the set, some being highly sought after. Players will also find D6 dice, energy cards, and card sleeves.

In the video, Greg goes pack-by-pack and unboxes all of the included Pokemon cards, hoping for a rare pull. Of course, we won’t spoil the results here, as you’ll have to watch the video to find out. If you’re into Pokemon TCG pack openings, you’ll want to subscribe to the Shacknews YouTube channel, as there are several more unboxing videos.