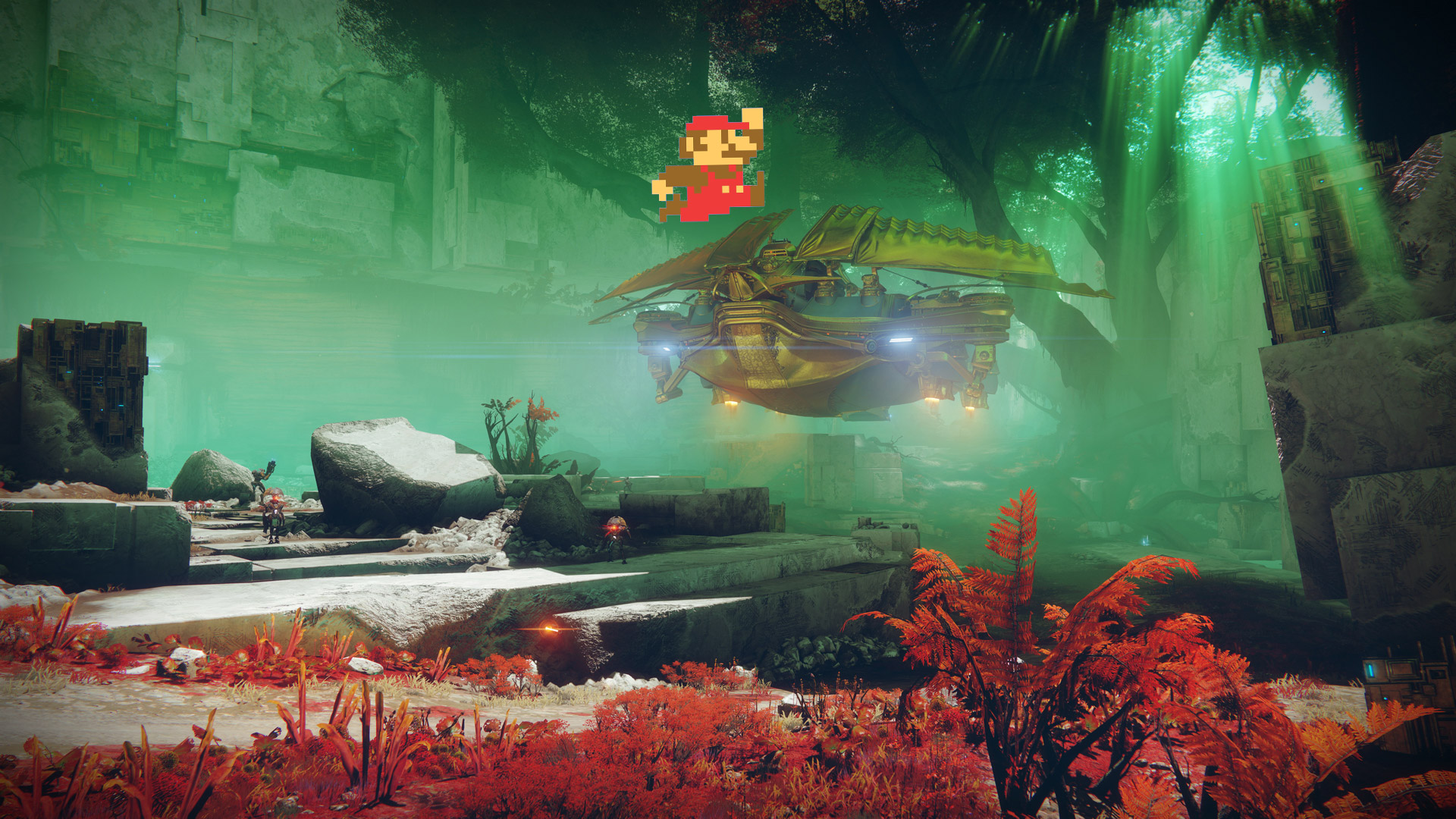 Destiny 2 players are able to find fun things to do in just about every corner of the game. The latest sensation is using the combined weight of twelve Guardians to literally break the physics of the game, forcing an enemy drop ship into the ground – where it most certainly does not belong.

The video comes courtesy of Destiny player and YouTuber, Djxyz0. This users has been around the Destiny community since the game’s launch and is known for such feats as being the first person to get inside the Throne Room in the Vault of Glass raid in Destiny 1. Djxyz0’s latest video shows how players can manipulate enemy units by simply jumping on them.

This latest craze all kicked off when players realized they could get twelve players into one activity, significantly more than was intended. In the above video, the players are fighting through the new Fallen S.A.B.E.R. Strike – an activity that is limited to three players – with a whopping twelve players. Bungie is aware of this glitch, and although it has plans to fix it in the future, is happy for players to continue having fun.

As for what’s going on in Djxyz0’s video, apparently each Guardian has its own weight and force, which can affect objects. With enough players jumping up and down, it would seem that the force generated is enough to throw the Fallen Skiff off course, so much so that it winds up sinking into the ground. This should be added to the long list of things Guardians have accomplished that proves they’re entirely unconcerned by any perceived threat.

Now, the question is whether there are other enemy ships or structures that can be manipulated by a handful of Guardians excitedly jumping up and down. All I know is that if Calus eventually comes back with his Leviathan, we now know how we can get it to stick around.