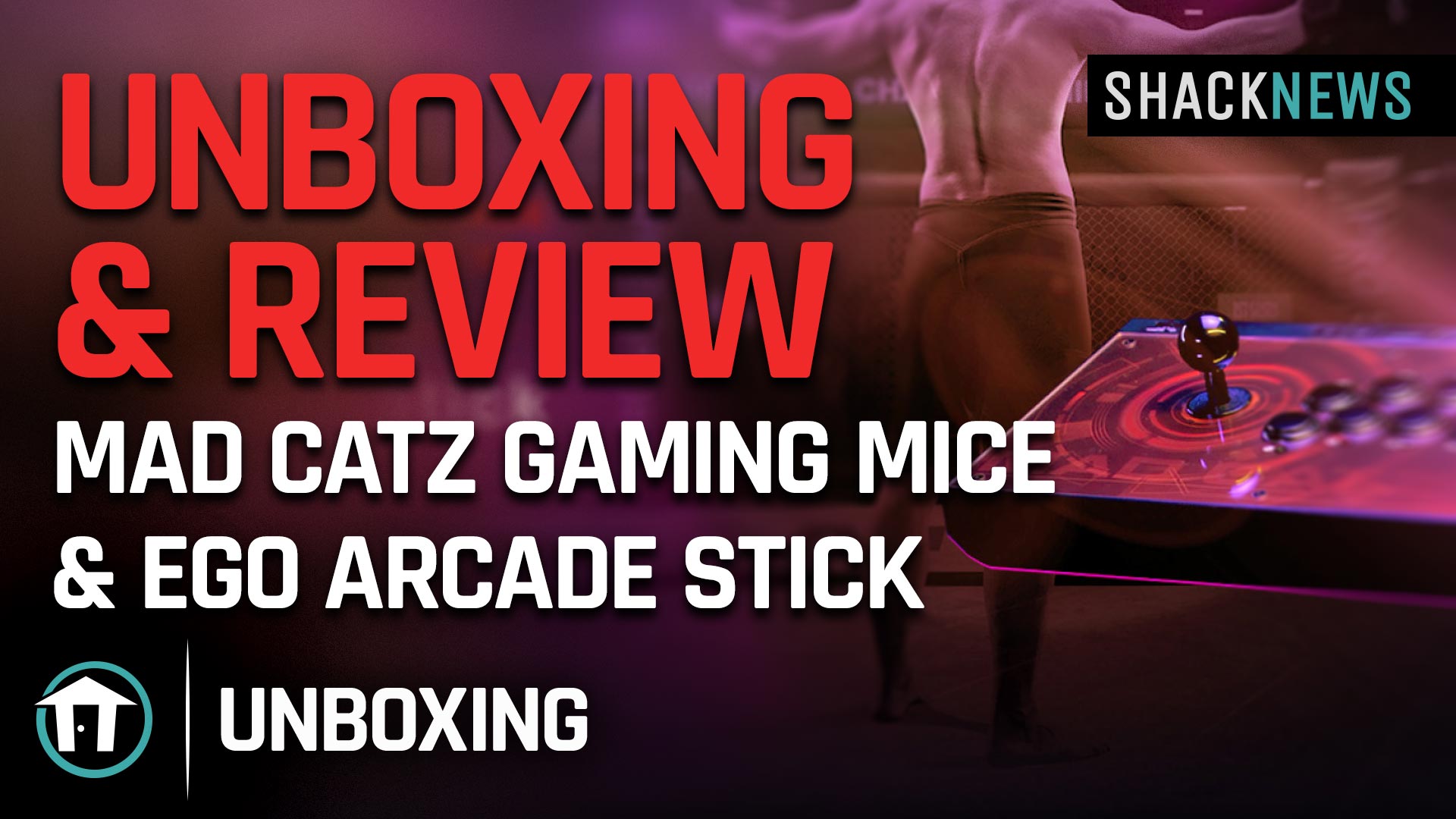 Mad Catz has been around making gaming peripherals for more than twenty-five years. Across multiple eras of gaming, they have offered customers a wide variety of controllers and accessories to spice up playtime. They currently have one of the most diverse lineups of gaming mice around and have recently released their much-anticipated EGO arcade fight stick.

Our esteemed Video Editor Greg Burke recently got the opportunity to go hands-on with some of the newest Mad Catz gear, including the R.A.T. 8+ ADV mouse, the R.A.T. PRO X3 Supreme mouse, and the EGO arcade fight stick.

The R.A.T. 8+ ADV is a highly customizable gaming mouse featuring a striking glossy red paint job. It has swappable palm rests and pinkie rests so players can set it up for maximum comfort. Its  Pixart PMW 3389 PRO optical sensor ensures smooth operation and the highest possible accuracy. It also sports an adjustable DPI switch that allows for four different modes that can be toggled on the fly. Macro support and RGB lighting round out the package.

The R.A.T. PRO X3 Supreme is a limited-edition offering with striking grey and gold accents. Built to celebrate the year of the rat, it comes with a dense assortment of interchangeable parts and its own carrying case. Virtually every part of the X3 Supreme is adjustable or capable of being modified to fit any need. Unlike most gaming mice, it uses an optical scroll wheel for maximum accuracy. Like its R.A.T. 8+ ADV cousin, the X3 Supreme is built around the Pixart PMW 3389 optical sensor.

The Mad Catz Ego fight stick marks a return to excellence for a brand that built its reputation on serving the fighting game community. The Ego is made from the highest quality parts, including Sanwa buttons. It also features button locking so users can avoid errant inputs during tournaments or other critical moments. The top of the chassis is also removable for easier customization. Out of the box, the Ego is compatible with the PS4, Xbox One, Nintendo Switch, and PC.

For more unboxings, reviews, and interviews with all the folks responsible for creating the biggest games and technological advances in the industry, be sure to check out the Shacknews and GamerHubTV YouTube channels.