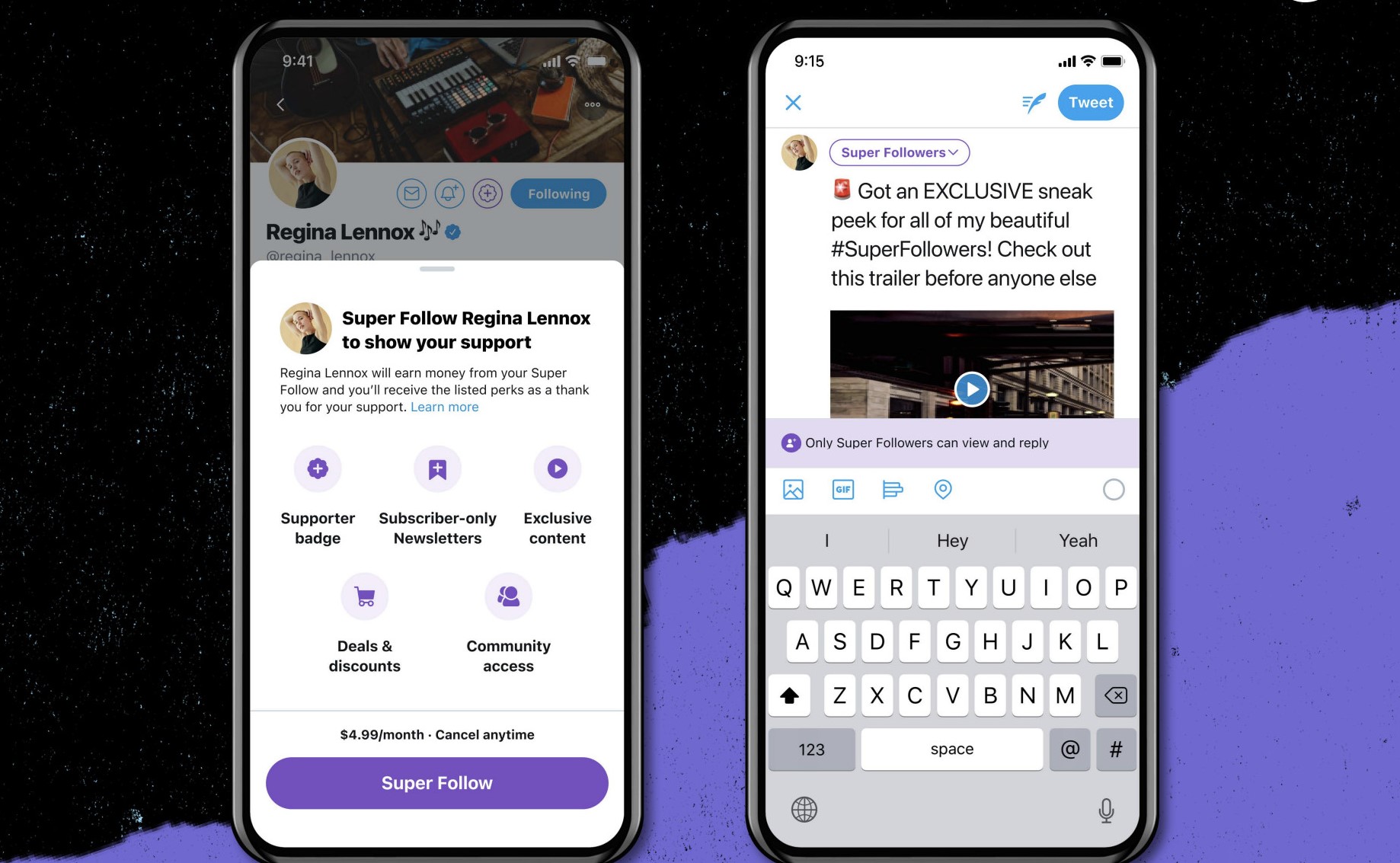 As the Twitter platform continues to grow, the company is constantly looking for ways to innovate and improve the social media website/app. Twitter has announced its latest feature will be Super Follows, a service that allows users to charge a fee for premium content.

In addition to Super Followers, Twitter will also be introducing a Communities feature, similar to Facebook Groups. With Super Follows, users can make exclusive groups, and charge others a fee to become members. Users can also lock certain tweets and posts behind a paywall that only Super Followers will have access to. It’s unclear if there will be a set price point for Super Follows, but in Twitter’s mockup images, we see a $4.99/ a month fee for one user. There’s also a purple badge displayed on a profile to indicate a Super Follower.

It’s an interesting move, and one that many had speculated would eventually come. Patreon and similar programs that allow content creators to receive direct payment from fans have become increasingly popular over the last several years, and Twitter is looking to throw its hat in the ring.

With some of the world’s most popular content creators having large followings on Twitter, it will be interesting to see how successful Super Follows turns out to be. The new feature isn’t available just yet, but will begin rolling out soon. It’s just the latest addition made to Twitter, as the social media platform recently introduced Spaces, a feature that allows users to host and listen to audio presentations.