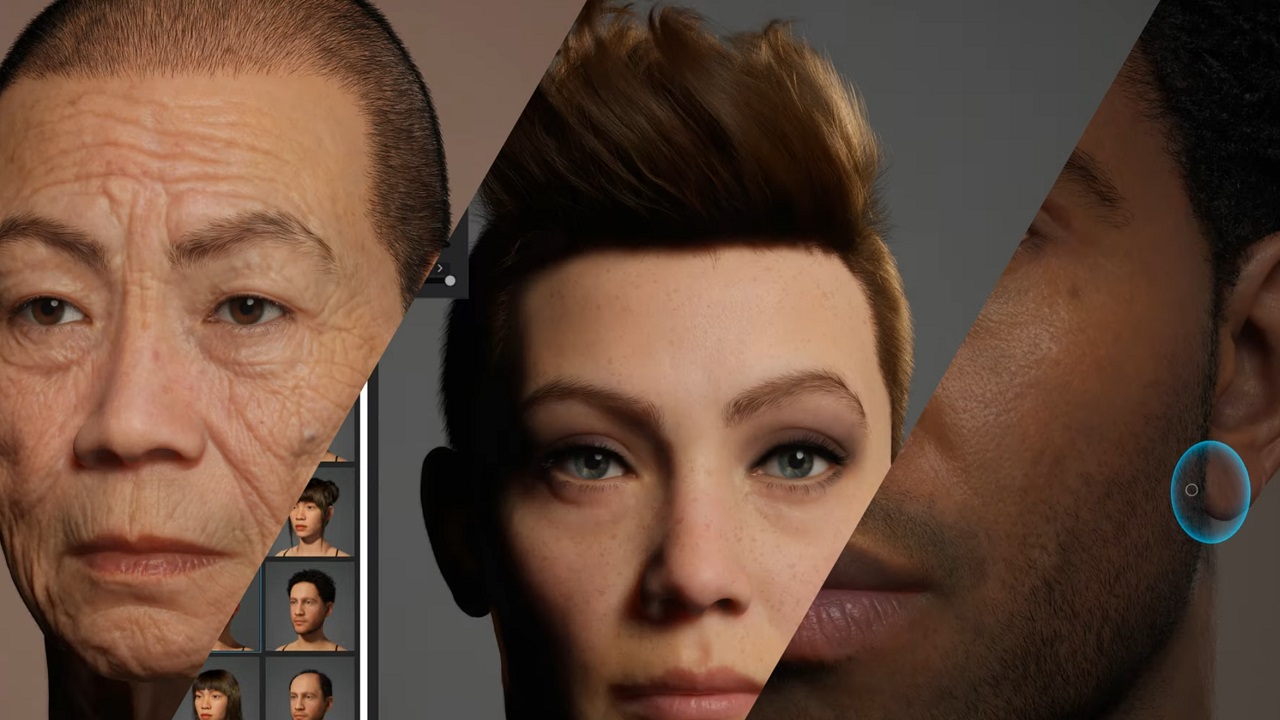 Creating a good and convincing digital human in a game is a very tough act. Properly modeling people of different target backgrounds and ethnicities with all of the features that entails takes an incredibly long time for most developers to get right (and some still don’t, despite the effort). Epic Games recently teased a new tool to help streamline this endeavor. The MetaHuman Creator app is said to reduce the time it takes to create a quality human model from “weeks or months to less than an hour, without compromising on quality.”

“As you make adjustments, MetaHuman Creator blends between actual examples in the library in a plausible, data-constrained way,” Epic wrote. “You can choose a starting point by selecting a number of preset faces to contribute to your human from the diverse range in the database.”

Not only is the MetaHuman Creator meant to be versatile and streamlined in quality digital human creation, but it’s meant to be easily shareable as well. After a designer has crafted exactly what they want with MetaHumanCreator, it will supposedly be easily importable into Unreal Engine via Quixel Bridge megascan export and management program for immediate use in animation and motion capture design. The promise is lofty, but Epic’s demonstrations look pretty incredible.

This all comes alongside the fact that Epic Games is expected to launch Unreal Engine 5 sometime in 2021. Having teased the engine update and some of its capabilities in 2020, UE5 will be rolling out on Fortnite in 2021 as one of its first in-the-wild testbeds before being more widely distributed later on. With tools like MetaHuman Creator adding both quality fidelity and ease of access to Unreal Engine, it only makes UE5 sound that much more enticing. Stay tuned Shacknews as we await further information and launch details on MetaHuman Creator and Unreal Engine 5.