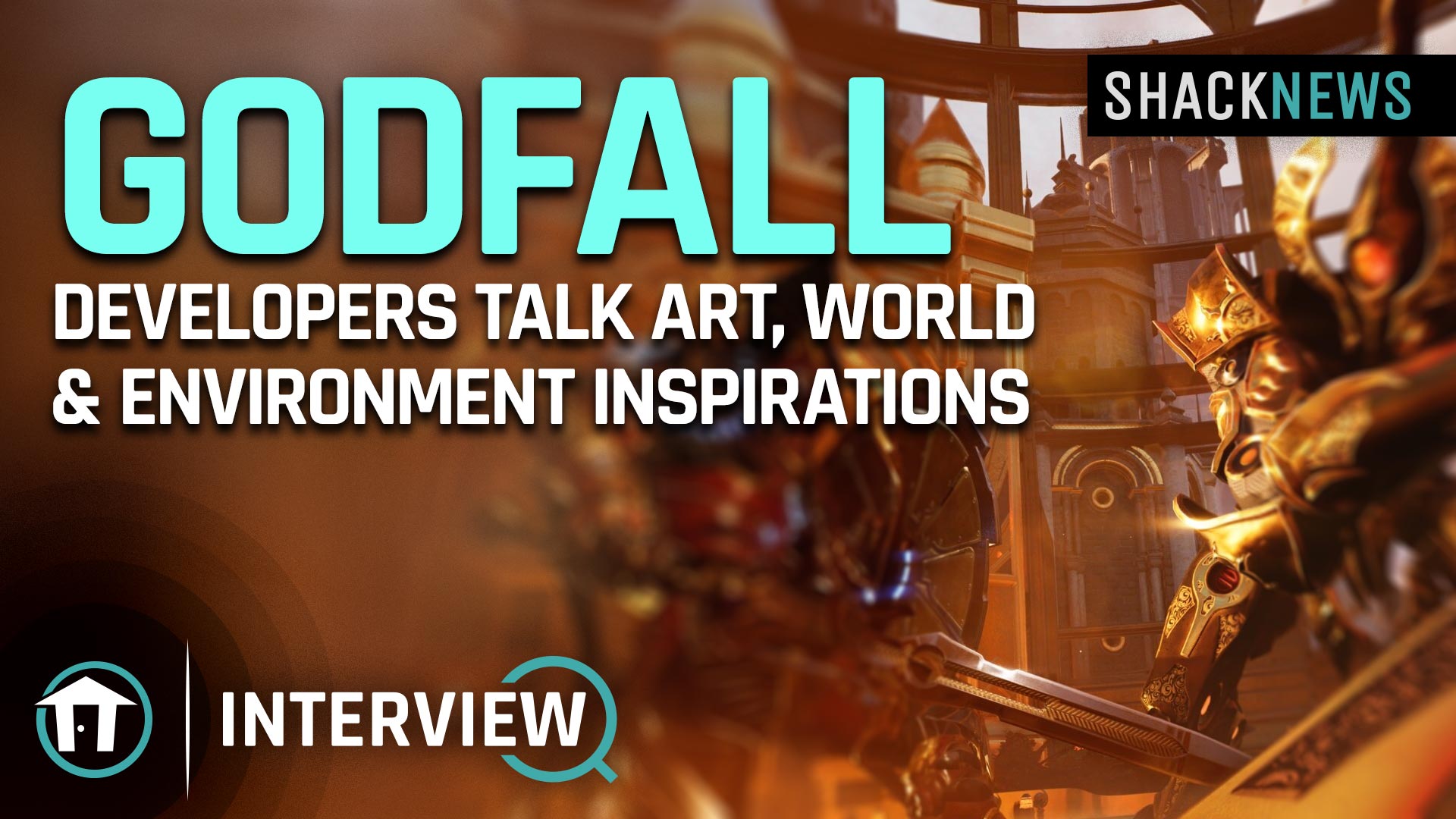 Godfall released back in 2020, and was one of the bigger releases of the Fall season. Developed by Counterplay Games and published by Gearbox, Godfall delivered action-RPG gameplay inspired by the Souls series. We sat down with a couple of developers from Counterplay Games to talk about their work on Godfall.

Shacknews Head of Video Greg Burke interviewed Lead Environment Artist Evan McKnight, Environment Art Director Tim Simpson, and Studio Art Director/Cofounder Christophe Ha. Godfall was praised for its creative use of art and color, the developers spoke to their inspiration during the interview. After the studio’s previous title, Duelyst, Counterplay Games saw an opportunity to push forward and be more ambitious with Godfall.

“They wanted to make the world really inviting and full of color,” said Simpson. “Colors that jump off the screen, especially for the next-gen systems.” When playing Godfall, it's clear that the developers took inspiration from some of the most popular titles in the genre. During the interview, the team speaks about finding the perfect balance. “At certain points it’s like, ‘is this too medieval like Lord of the Rings?’ or ‘is this a little too sci-fi?’ it was about trying to find that balance,” Simpson shared.

The full Godfall interview can be found over on the official Shacknews YouTube channel, which you can subscribe to for more exclusive interviews with game developers. We also do special streams with game devs over on our official Twitch channel. If you’d like to further support Shacknews, consider subscribing to our Mercury service.