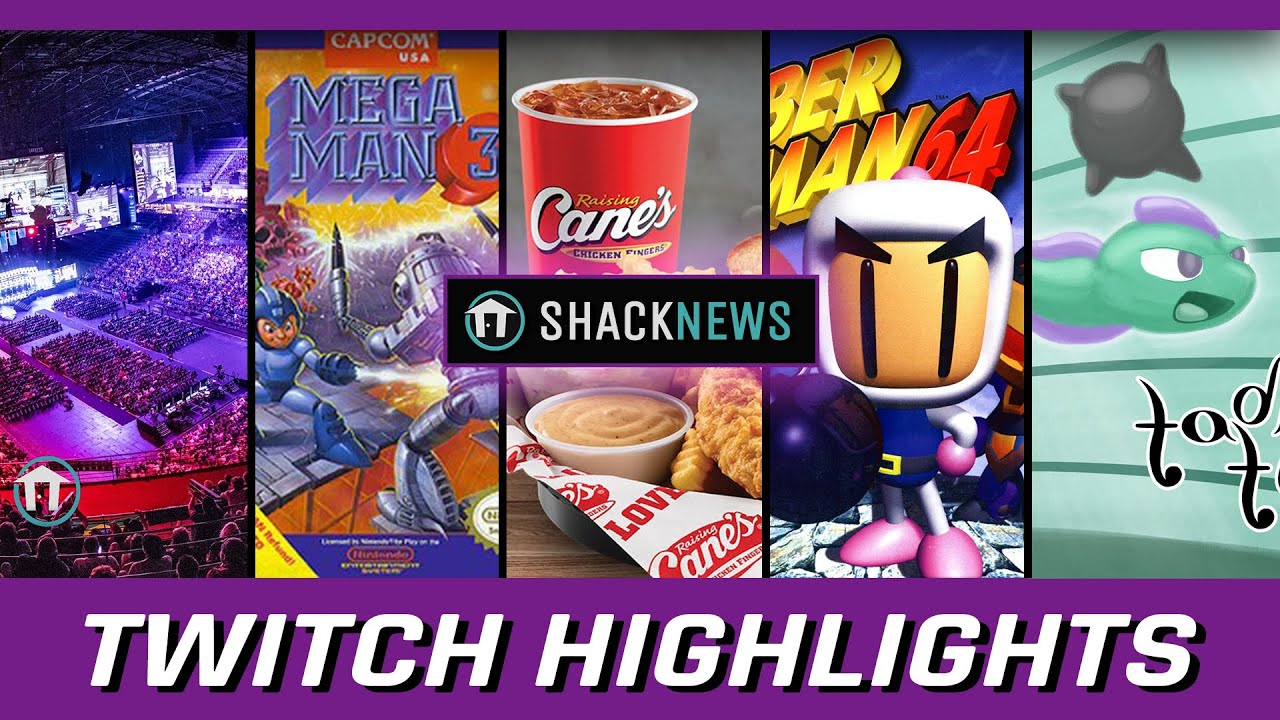 We’re streaming more than ever on the Shacknews Twitch channel, bringing new let’s plays, news analysis, and pop culture discussions. There’s so much content, that we realize it’s tough for anybody to keep up with everything we’ve got going on, so we created Shacknews Twitch Highlights. These videos take the most entertaining bits from our week in streaming and put them into an exciting reel. The latest round of highlights are up and ready for viewing.

The newest round of Shacknews Twitch Highlights starts off with some Stevetendo action. Hosted by our resident Nintendo superfan Steve Tyminski, Stevetendo is a let’s play series dedicated to some of the most beloved titles in Nintendo’s extensive catalogue. In his latest outing, Steve plays through some Mega Man 3.

Next up, we visit the Wide World of Electronic Sports with hosts Blake Morse and Bryan Lefler. Covering everything that’s new and interesting in the constantly growing world of esports, WWES goes live every Monday evening at 3:30 p.m. PT. In the latest episode, our hosts discuss the Valorant First Strike tournament, as well as the Twitch Rivals Warzone tournament.

In a special Shackstream, Shack Staff members TJ Denzer and Blake Morse sat down with developers from BitFinity to play Tadpole Treble in a unique episode of Indie-licious, we learn about the game’s development, and its recent port to the Nintendo Switch.

Shacknews Twitch Highlights wraps up with Skankcore 64, an ongoing series from our newest staff member, Bryan Lefler, on his quest to complete every game released for the Nintendo 64 in North America. Lefler finishes off Bomberman 64 in his most recent stream, bringing the total number of games completed to eight.

That’ll do it for this week’s Shacknews Twitch Highlights. To catch these shows live, be sure to follow us on Twitch. For more highlight videos, Subscribe to the Shacknews YouTube channel.