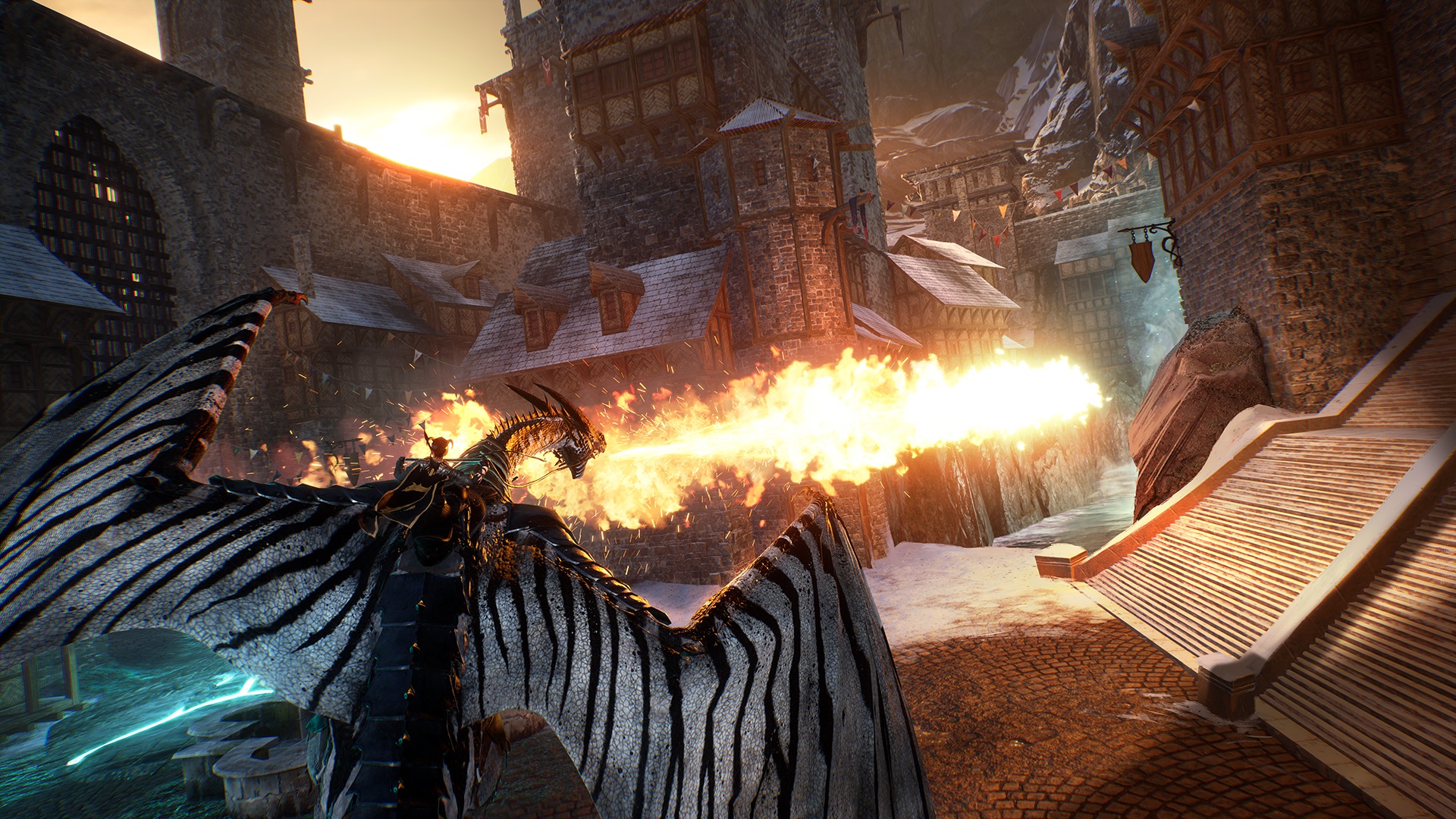 Dragons are grand mythical beasts, capable of rendering entire worlds asunder. In fantasy culture, there's nothing greater. That's why it's hard to believe that it's taken this long for somebody to come up with the idea of a third-person arena shooter, except with flying drakes. Developer Playwing is fully on board with this idea and is introducing multiplayer mayhem with dragons in Century: Age of Ashes. We like dragons here at Shacknews, so we decided to give the closed beta a try.

First revealed at The Game Awards back in December, Century: Age of Ashes takes full advantage of its fantasy setting, putting players along the cliffsides of a medieval castle. Players take control of various dragonriders, who control their own distinct drake. Because they're flying creatures, Century is a fully 3D environment, players must focus as much on flying up and down as side-to-side. Offense mainly consists of targeting opponents before chucking fireballs and using flame breath in close quarters. It sounds simple on paper, but the action becomes frantic in practice, because half the success in Century comes from knowing how to fly.

Flight controls feel smooth, which goes well with the early level design. The medieval castle utilized for the main 6v6 session contains caves within the cliffsides, castle gates to navigate, and other twists and turns that require some advanced flight techniques. The dragons all go at breakneck speed and if you aren't careful, you could slam into a wall and take heavy damage. Mastering flight can do more than help you avoid taking unnecessary hits, though. If you're being targeted or pursued, there are enough rocks, structures, and passages to help you avoid incoming hits and lose your adversary. If you can't fly, you're not going to do very well in this game.

Like most class-based shooters, Century: Age of Ashes features different selectable characters, each with their own distinct abilities. Since we're talking about dragons, those abilities are often fire-based and focused on offense. However, there are a few dragons with trick abilities, like smoke trails or cloaking magic. With Century being a team-based game, there are abilities that can boost allies, as well. For example, the Windguard has a Salvation Surge ability that can grant shields to a targeted teammate.

There's a high learning curve in Century and this multiplayer romp centered around flight may not be for everyone. For those with the patience to master the skies, this is a game that's worth trying out. Since it'll be a free-to-play game, it could be fun to jump into now and then. There are a few cosmetics to unlock, but the focus over the next few months should be how Playwing opts to refine and add to the gameplay elements. The maps will play a major factor into Century's replayability, because a well-designed level will make the most of the game's flight mechanics.

If you're itching to try out Century: Age of Ashes, you won't have to wait long. It's set to come to Steam Early Access later this month, with a second closed beta coming soon.