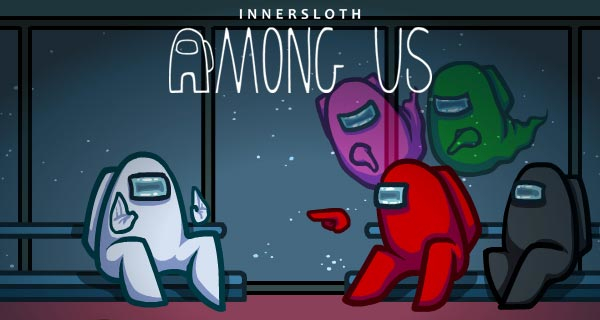 The space faring, sabotaging, friendship ending party phenomenon of Among Us is still making waves in the indie game scene with new sales reports from SuperData. The meme factory and game-du-jour of US Representative Alexandria Ocasio-Cortez has sold 3.2 million copies on the Nintendo Switch in the month of its release. Not bad for our pick of Best Trendsetter of 2020.

To say this is an achievement for the team at Innersloth would be a huge understatement. After two years on the market and a summer of amazing growth, it seemed like the conversation was moving away from Among Us, but those Crewmates just won't float off into the abyss. In early December of 2020, the game recieved multiple awards at The Game Awards, presented by Geoff Keighley. Landing on Nintendo Switch consoles shortly after on December 15th, its announcement was the "One More Thing" during an indie focused Nintendo Direct that same day. The SuperData report also notes that although total player count fell from its November 2020 peak, the game was still 2.8 times more popular than runner-up, Roblox, which is still planning on launching their own IPO in February. The sales for Among Us in December on Switch makes it the highest grossing version of the game for that month, beating out mobile, PC, and Xbox variants.

The good news keeps coming for the Seattle, WA based studio. According to their recent blog post, Among Us is set to recieve a new map titled "The Airship" in early 2021, as well as a full roadmap for the rest of the year. An accounts system is also in the works but their focus is currently on moderation tools. If you are still unfamiliar with its breakout success, you can catch up on our feature detailing the history behind this Mafia-inspired monster of a property. For more news on Among Us and sales trends, keep those browsers tuned to Shacknews where we will continue to report on any and all developments.