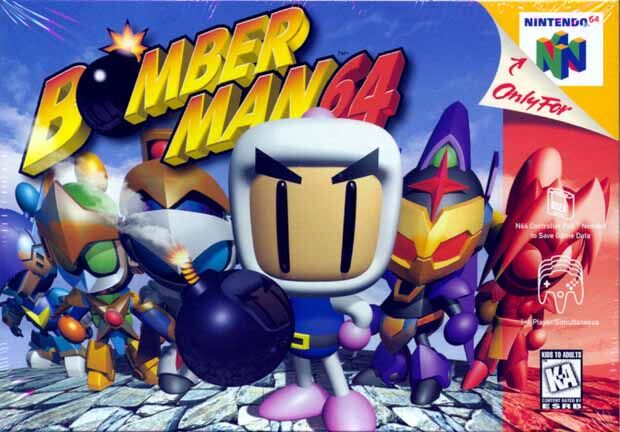 Wednesday nights means a double dose of retro Nintendo goodness on Shacknews Twitch, tonight at 9 p.m. PT/12 a.m. ET, Skankcore64 continues with more Bomberman 64 shortly after The Stevetendo Show! My quest to complete all games released in North America for the Nintendo 64 is making slow but steady progress.

Last episode, I started Bomberman 64 and its unique adventure mode after a poll packed with solid titles for my favorite 64-bit console. Our resident guide master, Sam Chandler, offered to make things more interesting with a charity challenge towards collecting the gold cards hidden in each level. He is donating one dollar for each one, up to 100 and beyond,  thereby unlocking the secret area! I have eagerly accepted the challenge and am currently sitting at 16 out of the 40 available in the first two worlds. I'm not going to let that total stand there, however, I plan on taking as many charitable dollars as I can from the Destiny 2 maestro.

Join us later on Shacknews Twitch or with the embedded stream to cheer on the cause!

I also want to thank everyone that stops by the channel to support Shacknews. Your subscriptions go a long way towards keeping the weekly content flowing from Shacknews Twitch. If you have an Amazon Prime account, find out here how you can link your accounts and support us for free!

While you're waiting for the action to start, or if you can't get enough of Skankcore64, you can subscribe to my YouTube channel for VODs as well as the Shacknews channel for regular Twitch Highlights, our Game of the Year 2020 content, and much more!