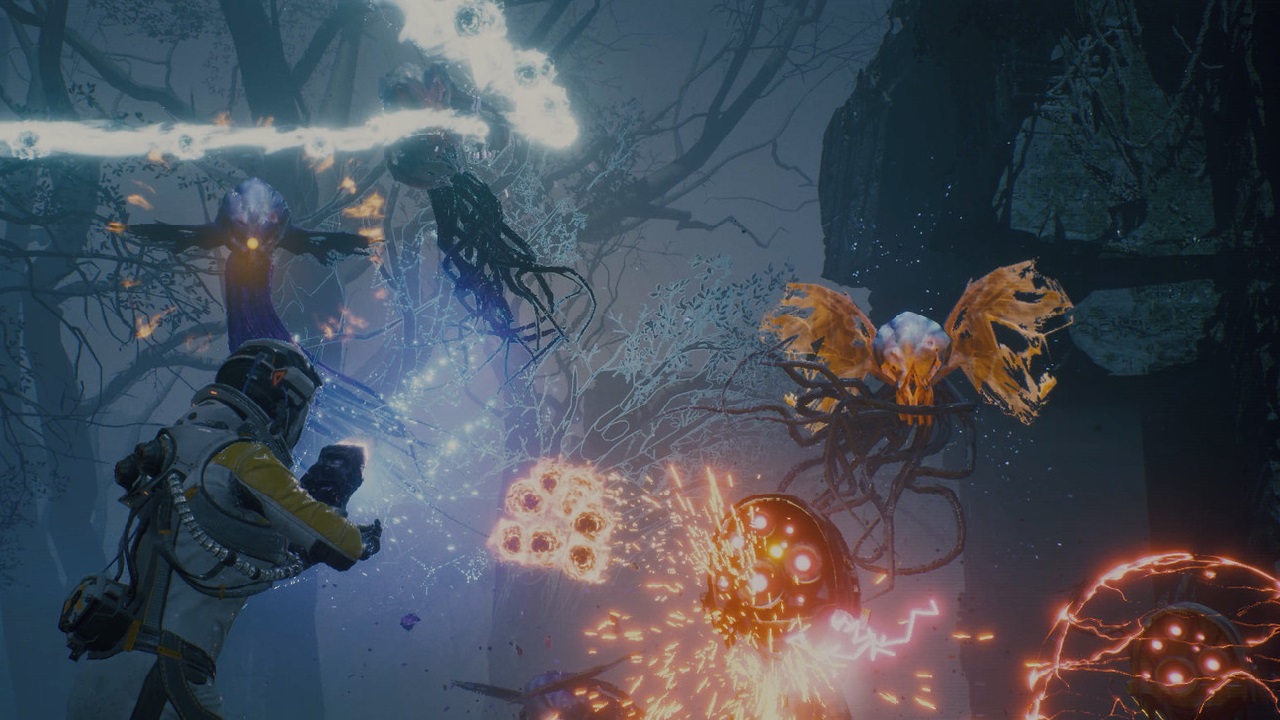 When Returnal appeared last year during the PlayStation 5 games showcase, it promised a mysterious action-shooter dive into an interesting new sci-fi landscape. Coming back in 2021, Housemarque and Sony had more to show us as a new trailer dropped for Returnal. It looks like there will be armaments a-plenty, power-ups to fuel our fight, and a planet full of hostile and perhaps not so hostile creatures to contend with.

The new Returnal combat trailer was shared via the PlayStation Blogs and on the PlayStation YouTube channel on January 13, 2021. Coming March 19, 2021, Returnal features what looks like a fluid third-person action-shooter experience. The main character, Selene will make use of a number of opportunistic weapons and gear she discovers in her journey. We saw alien rifles, electricity guns, and a launcher that seems to throw acidic blasts. There were also power-ups and even small alien creatures that can augment Selene’s abilities, though it is suggested that some of these power-ups (particularly the latter) may come at a price.

Returnal looks interesting, to say the least. Its action shooter element and the various alien creatures you must fight against remind of games like Lost Planet and the idea of buffs that may also come with consequences if used also sounds like an interesting give-and-take. According to the PlayStation Blogs, Returnal is also going to be one of the PS5 games that make extended use of the haptics and adaptive triggers of the DualSense controller. It’s quite a bit more than Housemarque showed us in the teaser in June 2020, and with the March release date set, it looks like we won’t be waiting long to learn more.

As we trudge along towards Returnal’s March 19 launch, stay tuned for more news and information on the game from Housemarque and Sony.