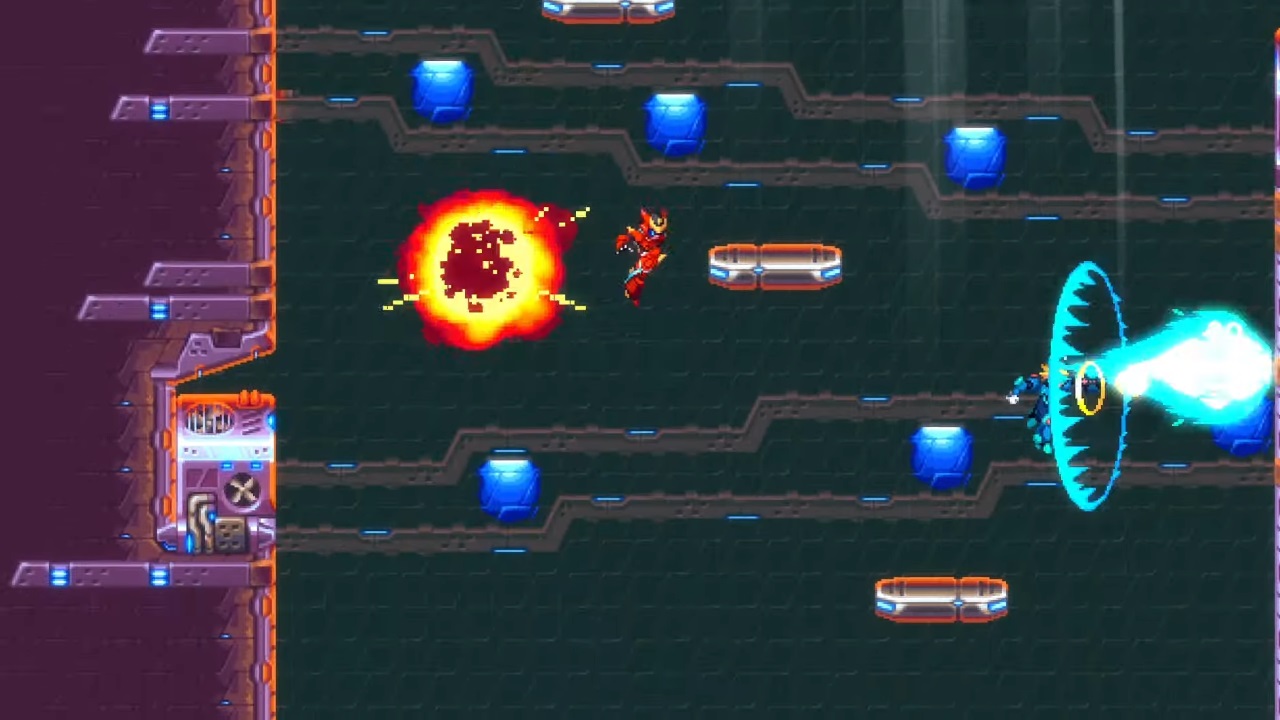 30XX has wowed us over and over again in how it improves upon the original 20XX that came out in 2014. Where 20XX paid full homage to the original Mega Man games, 30XX feels like a proper step into the Mega Man X era of its own design. And for those who have been waiting to see more, it will finally be playable in February. 30XX is preparing to enter early access next month.

Batterystaple Games lead and 30XX designer Chris King announced the arrival of 30XX in early access via his Twitter on January 13, 2021. According to King, the game is set to launch in Steam’s Early Access program on February 17, 2021. In its early access debut, 30XX will feature several levels to explore and bosses to conquer, a non-permadeath mode, single-player and online and local co-op, and a newly announced level editor that will allow you to design your own unique platforming run and gun challenges. You can have a look at the early access trailer just below.

30XX has been consistently interesting to see in its development. We gave an early edition a go back in the Steam Game Festival 2020 Summer Edition on Indie-licious and were happy to report that it looked, sounded, and played quite well for what was available. Furthermore, we had an opportunity to speak with Chris King of Batterystaple Games himself about the evolution of 20XX to 30XX, the level designs, conceptualization, and what was coming down the pipeline for the game.

With 30XX now confirmed for early access in February 2021, it looks like much of that is coming to fruition. And with things like the new level editor, it looks like surprises are in store as development continues. Stay tuned for more updates and information as we get closer to 30XX’s early access launch.