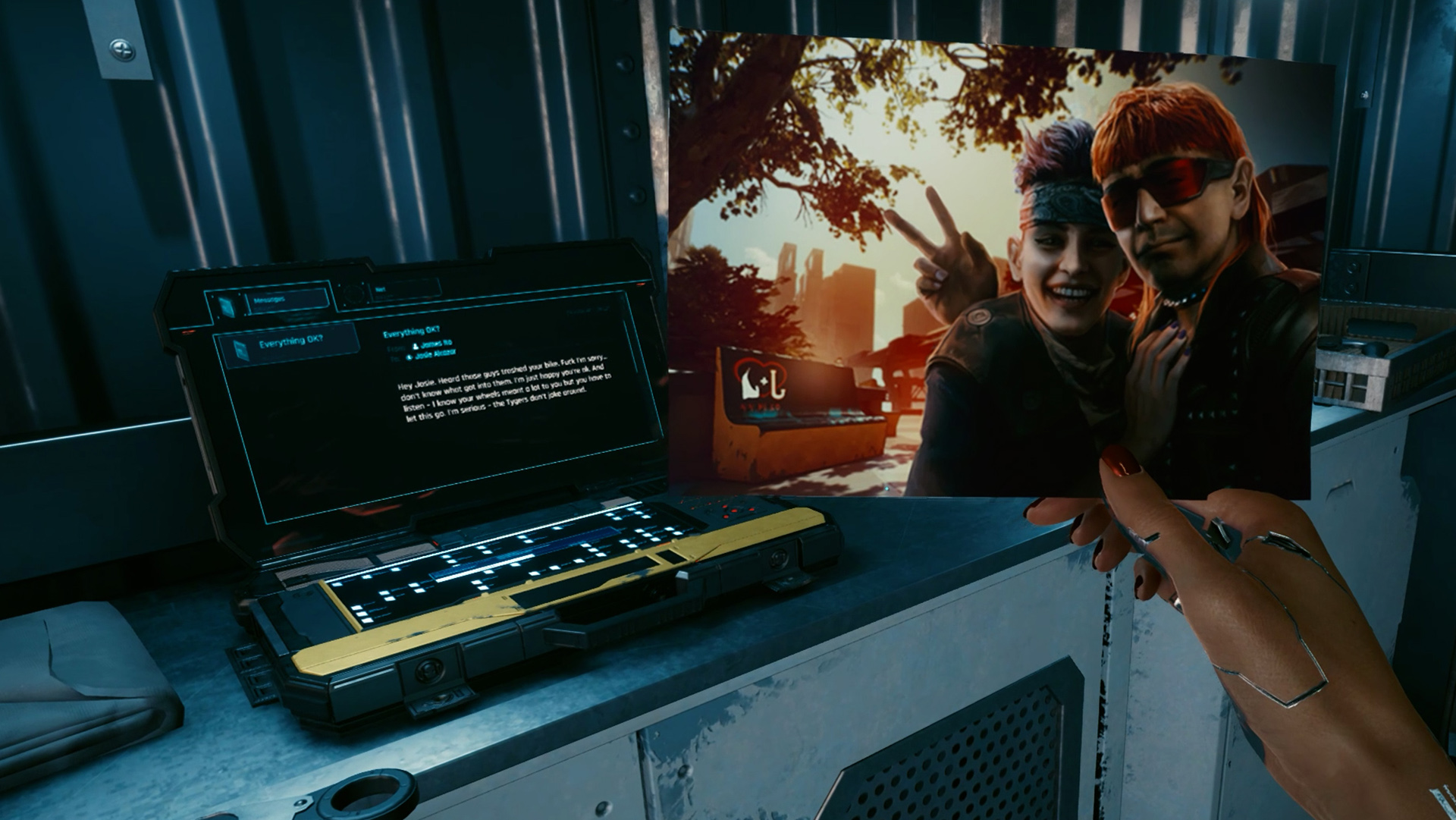 The Highwayman is a unique quest in Cyberpunk 2077 in that there isn’t a quest marker available to start it, and you don’t actually get any waypoints to your objectives. Instead, you’ll need to follow contextual clues in your objectives to find each of the locations. While you can do that, we’ve also put together a handy guide which will help you complete The Highwayman quest and unlock the Tyger Claw motorcycle.

This guide contains minor spoilers for a Cyberpunk 2077 side quest.

How to start The Highwayman quest

To start The Highwayman, make your way to Rancho Coronado, near the gun shop that is listed on the map along the eastern side of the area. This is the same location that you must visit to acquire the Divided We Stand Smart Assault Rifle.

Once here, head around to the back of the building and you should spot a garage door that you can approach and open. Inside you’ll find a laptop and a busted-up motorcycle. Interact with the motorcycle to trigger a talk with Johnny and then head over to the laptop to pick up the quest and find a photo of a young couple at a bench.

Now that you’ve picked up the quest, you’ll be tasked with finding a man named James. You can use the photo and the information in the emails on the laptop to pick up context clues on where to go. If you don’t feel like doing that, though, you can simply head to the location we’ve marked on the map below. James can be found in Japantown, near the Japantown West fast travel point. Here you’ll find James sitting on a bench with a graphic that says J & J inside of a heart painted on it. Talk to the man to learn more about the situation.

Find out what happened to Josie

After speaking with James, your quest objective will update, and you’ll need to figure out what happened to Josie. You’ll also learn that she ended up stealing a bike off one of the Tyger Claw bosses, which is why the Tyger Claws are after her now. From here, head to the Metro: Glen North fast travel point in Glen. Once here, turn around and use your scanner to find a spot of blood on the ground.

Once you find it, follow the trail of blood up the stairs, to the left, and down into an alleyway to the left. Just past the dumpster you’ll find Josie’s body, as well as a datashard. Pick up the shard and read it to learn more about Josie’s death. Now you’ll have to return to James and talk with him again.

Head back to James location and speak with him. You have a couple of different conversation options here:

Choosing the second option will force you into a combat encounter with James and you’ll have to kill him.

With the truth learned, it’s time to get your hands on that stolen Tyger Claw bike. Thankfully, Josie left clear instructions in the datashard you found near her body on how to find it. Make your way to the All Foods Plant in Watson. There’s actually a fast travel point located just south of the location you need to go to, which should make it easy to get there.

Once you arrive, look around for a garage with a horse icon painted on a poster next to it. Once here, you’re going to need to input the code 0214 into the keypad. This will unlock the garage and complete The Highwayman. Head inside to acquire the Nazare “Itsumade” motorcycle and add it to your vehicle roster.

Now that you’ve completed The Highwayman quest, you can head back over to our Cyberpunk 2077 guide for even more useful information and content.