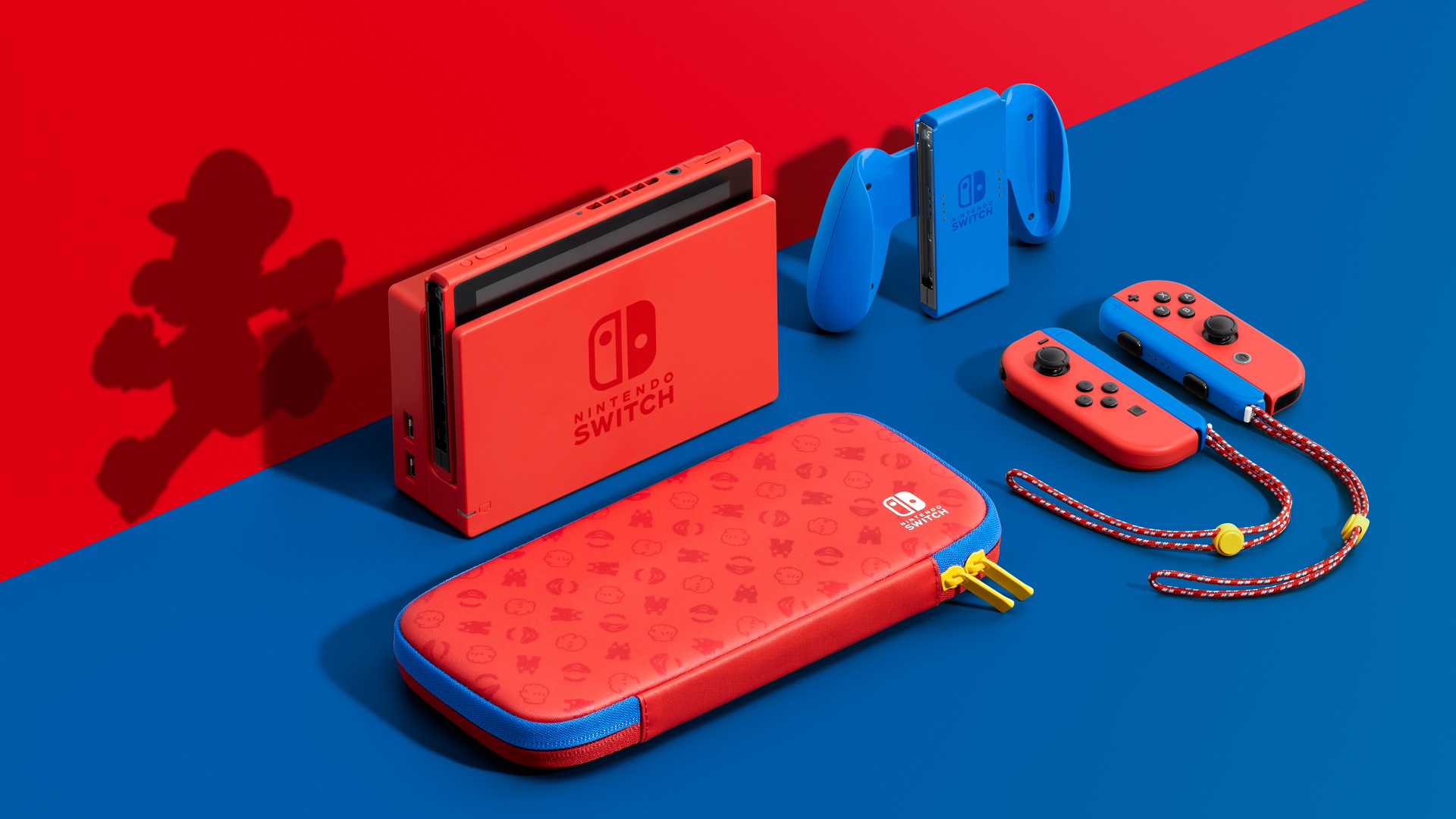 This has been an exciting morning for Nintendo. Players learned more about the Super Mario 3D World re-release, finding out that it'll be much more than the Wii U original in a new package. Bowser's Fury isn't the only new reveal the publisher had on Tuesday morning, though. The company revealed a brand new limited edition Nintendo Switch, one that comes in Mario Red & Blue colors.

The #NintendoSwitch – Mario Red & Blue Edition system has a distinct red-and-blue color scheme in honor of Mario’s iconic outfit. Available beginning 2/12, it comes with a red & blue carrying case to help protect your system as you travel through those Warp Pipes! #SuperMario35 pic.twitter.com/Ke2bCBtPCf

The newest limited edition Nintendo Switch will come in Mario's iconic red and blue colors to help commemorate the continuing Super Mario 35th Anniversary celebration. The dock itself will be available in red, while the Joy-Cons will have a mix of red and blue, and the Joy-Con Grip will come in blue. The Switch itself will be red, which will mark the first time that a main Switch console (not counting the Nintendo Switch Lite) will come in a different color. (For as cool as last year's Animal Crossing Switch looked, the console itself was still in its original black color.) Those who purchase the new package will also receive a stylized Mario carrying case for their Switch.

Nintendo has stated that the Mario Red & Blue Switch will be available at "select retailers," though specific shops are not specified. Expect the usual suspects (Amazon, Best Buy, Target, GameStop, and Walmart) to be the main retailers who will have this console available on day one. The full package will run for $299.99 USD.

Look for the Mario Red & Blue Nintendo Switch to release on Friday, February 12. That's the same day that Super Mario 3D World + Bowser's Fury releases in stores. If you want more information on the game and what was revealed this morning, check out our write-up from earlier today, because it looks like this is more than just a Wii U re-release.