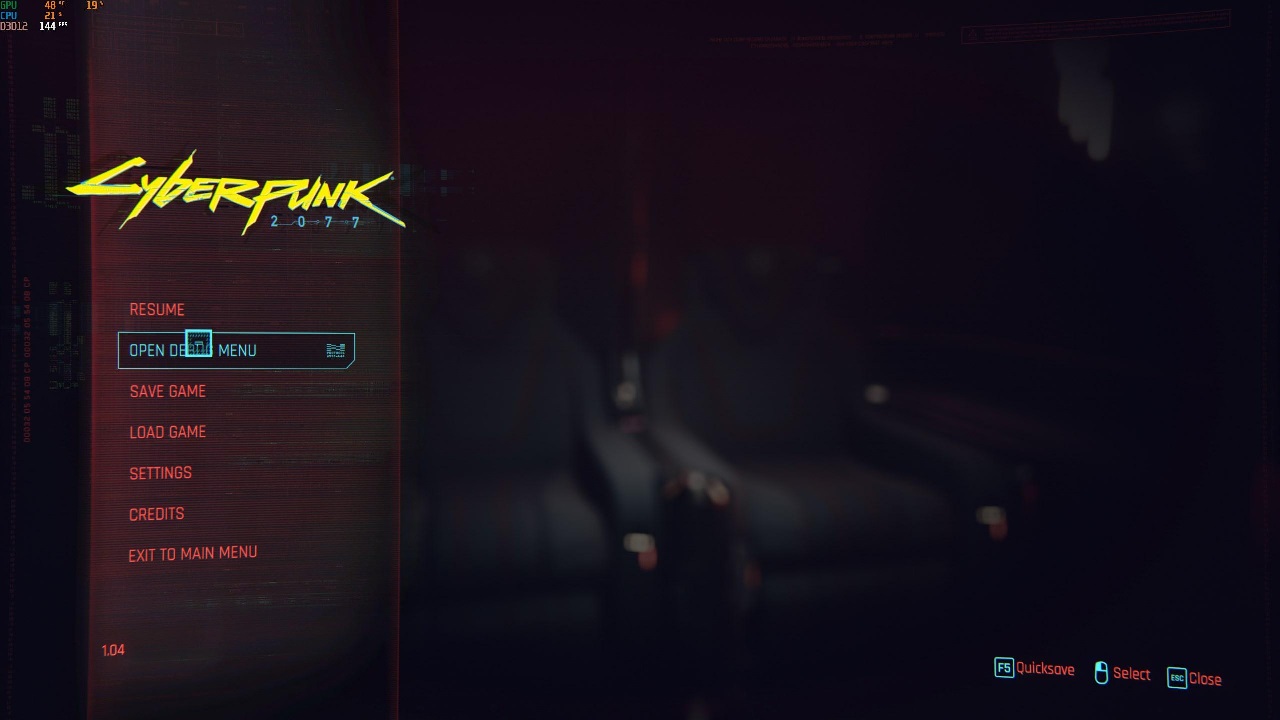 Now that Cyberpunk 2077 is out in the wild, it wasn’t bound to be long before intrepid modders started playing around and creating tweaks for the PC version of the game. If Witcher 3 was any indication, Cyberpunk 2077 being the massive game that it is should have an extremely long and vivid life in the PC mod community, and there are already a few good ones coming out of the gate. From unlocking forbidden romance to attempting to streamline and improve troubled flaws of the game, we’ve got a lovely guide of essential mods if you’re going to tweak Cyberpunk 2077, as well as what you’ll need to know to make it work.

Before you get carried away, you’ll need to know how to get started. To kick things off, make sure you back up your saves or consider preparing new ones altogether. Modding has an inherent risk of corrupting your progress and making current saves useless, and we’d hate for you to lose your precious progress. Once you’ve backed up your save files, head over to the Nexus Mods page. There’s a mod manager for Cyberpunk 2077 designed by Leszek Pomian which makes everything a bit smoother, but you’ll just need to be sure you have the mod files you need and know where the game folder is. Let it know where the game folder and mod files are in your directory, as well as the program itself and you should be good to go.

Now that we’ve got the formalities and foundation out of the way, let’s have some fun. Here are the best mods around for Cyberpunk 2077 at this time.

This mod is essential not just on its own, but also for how many other mods currently require it in order to work. The Cyber Engine Tweaks mod is an optimizer that helps to smooth out a number of issues and even boasts boosts for Intel and AMD CPU usage when playing the game. More than that, it also allows for hacks through an enabled debug menu, allows you to play with LUA scripting, skip the start menu, and more. If you have any issues, there’s even a handy wiki on how to get this one working and get the most mileage out of it. There are quite a few mods you’ll need this one for, so be sure to start here. You’ll likely be happy you did.

SPOILER WARNING: This spot contains light spoilers regarding a certain character. If that doesn’t bother you, read on, if it does, skip to the next mod.

Now, this is an interesting thing. If you’ve played Cyberpunk 2077, you might be fully aware that Judy is only available as a romance option for a female V. However, it turns out that CD Projekt RED actually developed quite a bit of a male romance path “just in case,” even up to the point of recording voice lines and creating dialogue options for it. Then, they just kind of left it in the game turned off. You can actually reactivate it through some LUA options if you want or you can trust this mod to do it for you. Either way, it allows you to pursue a romantic relationship with Judy as a male character.

Let’s be honest. Vehicles in Cyberpunk 2077 are chockfull of jank, not the least of which is built into their very operation. They are ridiculous, and this mod aims to take that atrocious handling and smooth it out a bit. It’s not a magic remedy that fixes everything, but it does readjust the handling of each vehicle to make them feel more properly weighted. It even makes handbrake turns more of a reality and less of a Pandora’s Box of bugs and doom. If you’d like a little more sensible control out of your automobile escapades in Cyberpunk 2077, this is well worth your time.

One of the weirdest parts of Cyberpunk 2077, a game all about people being able to change themselves on a whim via abusive use of technology, is that once you choose an appearance for your character, it’s locked in. No givesy-backsies. Not so, say modders. The Arasaka Appearance Updater is here to allow you to create the new you after you get bored with your old self. Basically, this modder adds a save utility GUI in which you can play around with character sliders and features at any time you feel like it. It’s not exactly a sharp and crisp fix, but the functionality is all there and it does exactly what its supposed to do, which is let you mess with your appearance to your heart’s delight instead of being locked in for the rest of the game.

Alternate Crowd Behavior and other tweaks by TemplarGFX

There’s likely a lot of work to be done if you’re going to turn Cyberpunk 2077’s NPC populous into non-dead-brained bots. But with this Alternate Crowd Behavior mod, you can at least make the steel jungles of Night City seem a bit more robust if you please. It allows you a number of options with which to tweak NPC crowd spawns and behaviors. You can make NPCs spawn and despawn more often to make your surroundings more bustling or you can make them not despawn as much without being in a certain range of you or out of sight, making citizens feel a bit more permanent in their activity. Either way, it allows you to make Night City’s inhabitants seem either more buzzing or subdued, depending on what you would like more. You can even adjust settings like enemy combat state length and behavior and traffic volume with other vehicles on the roads with a few other settings.

Simplified Beverages and Food by andwhat112

It will truly only take you about an hour's worth of doing jobs and wandering around Night City on a tether or off to realize just how many consumables this game throws at you. It’s dizzying to say the least and kind of a ridiculous bore to sort through them and figure out what you actually need. Thankfully, this mod will take care of the sorting for you if you’d like. Essentially what it does is check through your inventory every few minutes to see what kind of consumables you’re holding. If it recognizes them, it will turn drinks into water and food into tacos. You can also use a special setting to automatically sell alcohol for a few eddies a pop or converted into crafting materials. Either way, it should work splendidly in keeping your overall inventory cleaner.

That’s what we’ve got for now. Be sure to check back regularly to see as the Cyberpunk 2077 mods continue to flow and this list grows. See anything cool out there? Let us know! And don't forget to check out our hub of Cyberpunk 2077 guides for any of your needs when it comes to tracking down anything you need in the game.