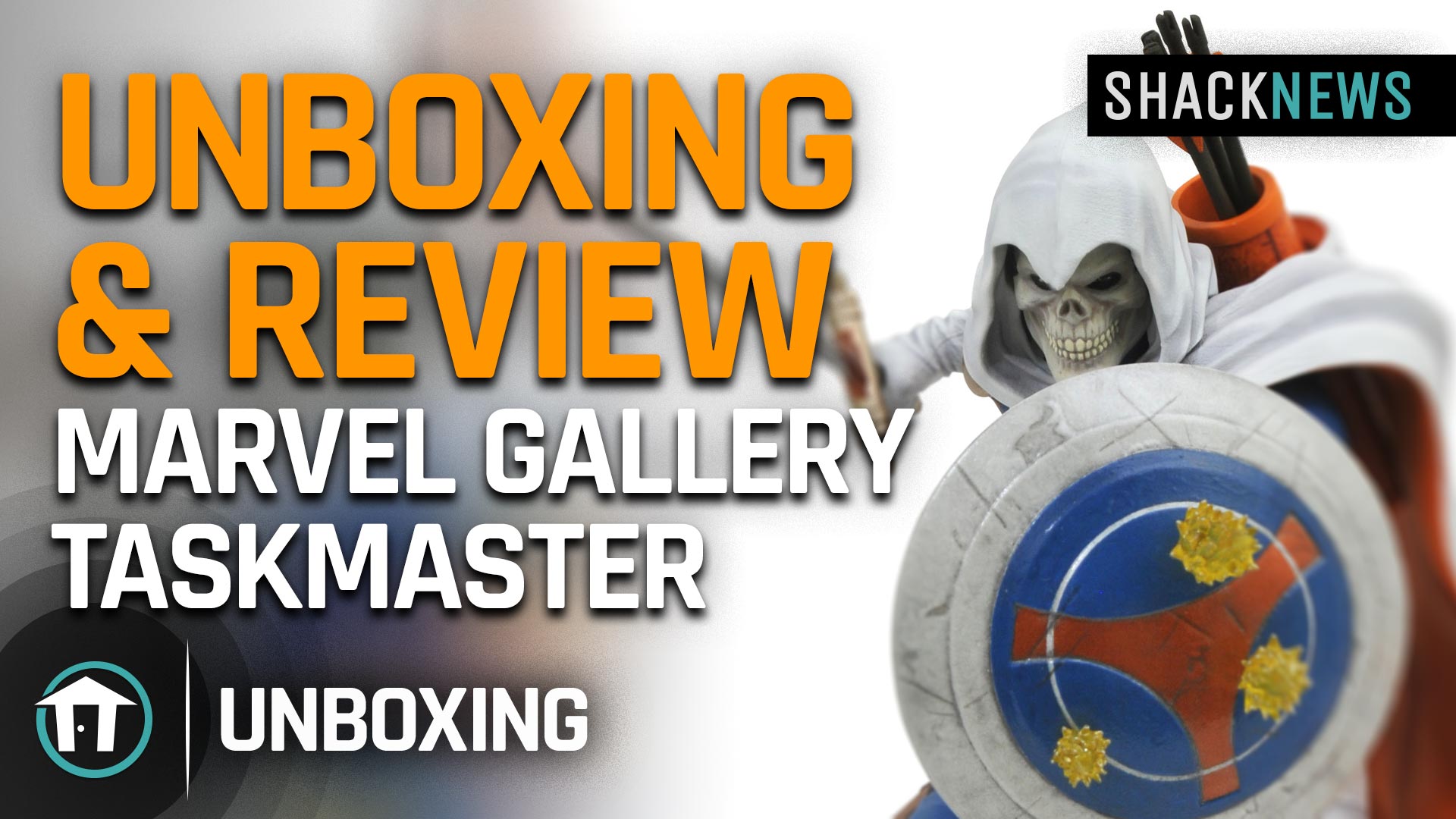 Over on the Shacknews YouTube account, we like to post a variety of content surrounding gaming and news. However, we also love to dive into the world of toys and collectibles. Marvel’s Gallery line has seen the release of some high-quality figures inspired by some of the coolest characters in comics. In our latest video, we unbox and review the Marvel Gallery Taskmaster statue.

In the video, which can be seen below, Video Editor Greg Burke unboxes the Marvel Gallery statue. Fans of Marvel will recognize Taskmaster as a villain that served as the adversary for a number of popular heroes throughout the comics. The character is set to make his big film debut next year in Black Widow. The statue scene in the video is visually inspired by Taskmaster’s look in the movie.

The Taskmaster statue sits on a rocky base and stands at roughly ten inches tall. The statue is finely detailed, with popping colors and solid textures. Taskmaster is holding his sword and shield. You can even see translucent bullet ricochets on the shield, which is a neat attention to detail.

The Marvel Gallery: Taskmaster statue is available now from Diamond Select Toys for $49. If you enjoyed this unboxing and review, be sure to subscribe to Shacknews on YouTube for similar videos.