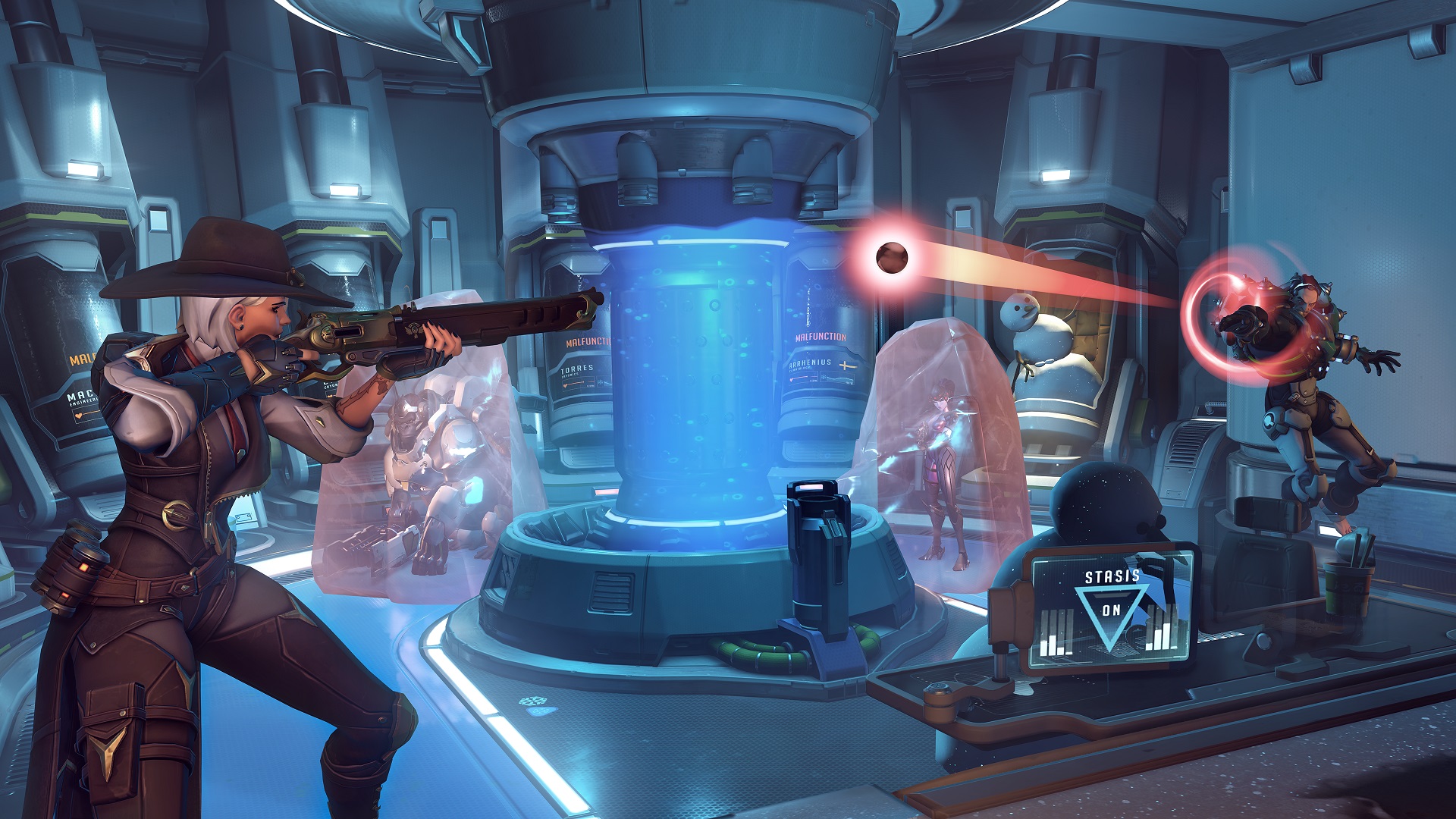 There's ten days until Christmas and Overwatch is making it a little easier to pass the time before the holiday arrives. Snow has started to fall and that means Overwatch's Winter Wonderland event has begun. This means players can take part in some new holiday-themed events and unwrap some exciting new presents.

Overwatch's Winter Wonderland introduces a new seasonal game mode called Freezethaw Elimination. This is a 4v4 elimination mode where the goal is to totally freeze the other team. Instead of dying after running out of health, players will be frozen solid. The last team standing wins. Just know that even if you're frozen, you're not totally out of the game. Surviving teammates can thaw out any frozen allies by touching them, which means games can swing the other way at any time. If Freezethaw Elimination isn't to your liking, you can jump into games of Mei's Snowball Offensive, Yeti Hunt, and Snowball Deathmatch from previous years' Overwatch Winter Wonderlands.

New skins are also on the agenda for this year's Winter Wonderland. You can pick up at least three new skins through weekly challenges. In addition to picking up player icons and sprays, there's an Epic skin available each week during the event. Elf Junkrat is up for Week 1, Gingerbread Ana is available for Week 2, and the event wraps up with Frosty Roadhog for Week 3. There are also new items available through the usual Overwatch lootboxes, including five new Legendary skins.

Make some music with Conductor Reinhardt.

Have an ice day!

Waddle your way to victory as Penguin Mei. 🐧

Freeze upon the sight of Ice Empress Moira.

Play around with Toybot Zenyatta.

Toy to the world!

And chop some wood with Lumberjack Tobjorn.

Overwatch's Winter Wonderland event is underway right now on PC, PlayStation, Xbox, and Nintendo Switch. It'll continue through January 5. You can check out more about this year's event on the Overwatch website.