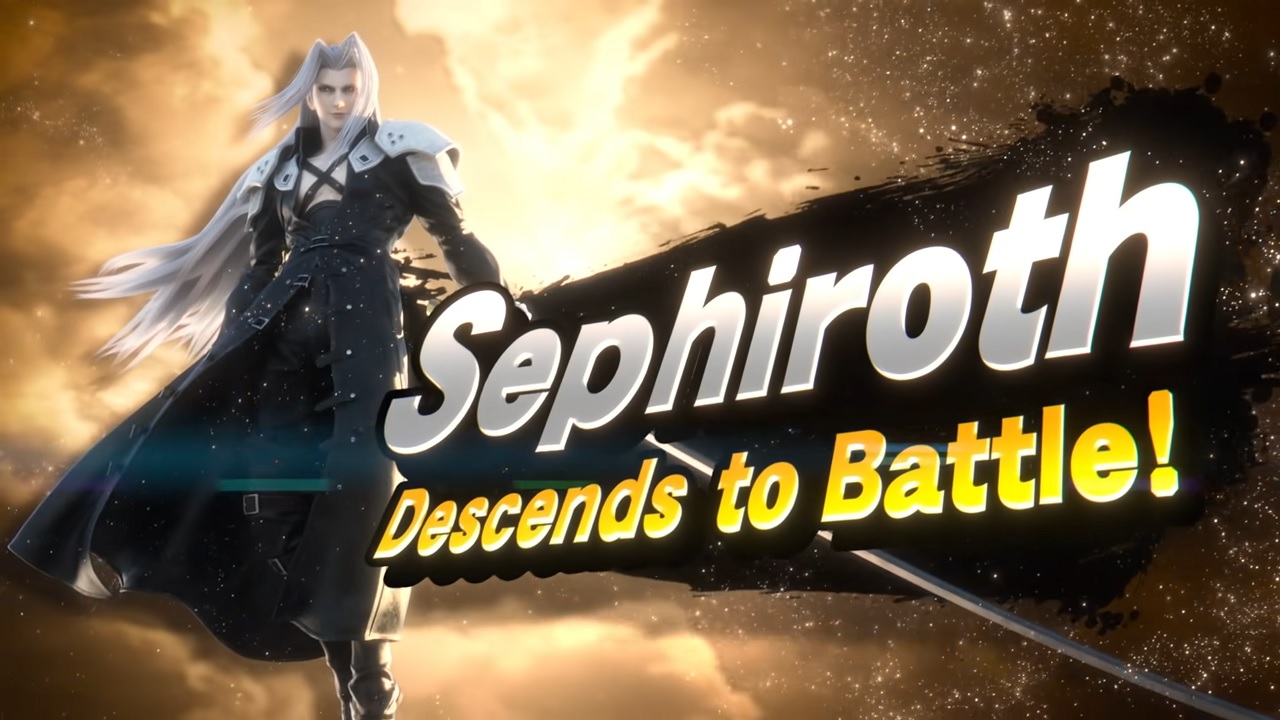 Mr. Sakurai Presents Sephiroth will detail the character in Smash Ultimate next week

One of the most stellar reveals of the entire Game Awards 2020 show last night came very early in the form of the reveal for the next Super Smash Bros. Ultimate Fighters Pass 2 DLC character. It’s Sephiroth from Final Fantasy 7, chasing after Cloud Strife, who is already in the game, for another momentous fight. The reveal last night was mostly cinematic with a little gameplay, but we’re going to get a full breakdown of Sephiroth’s moves and playstyle pretty soon. A new Mr. Sakurai Presents… presentation is going to go into detail on the character next week.

Nintendo announced the upcoming Mr. Sakurai Presents Sephiroth Super Smash Bros. Ultimate presentation via the Nintendo of America Twitter on December 10, 2020. On December 17, 2020, Nintendo will launch the presentation on its YouTube channel as Smash Bros. Director Masahiro Sakurai goes into full details about the playstyle, movelist, stage, and music of Sephiroth. We’ll also likely get a confirmed launch date for Sephiroth to let us know when we can play the character in-game.

The one-winged angel, Sephiroth from the @FINALFANTASY series, joins #SmashBrosUltimate as a DLC fighter later this month! Tune in at 2pm PT on 12/17 for a presentation from director Masahiro Sakurai all about the DLC fighter, including the release date! pic.twitter.com/zRaZCSZkrn

Sephiroth marks the third character reveal of the Super Smash Bros. Ultimate Fighters Pass 2 DLC collection, following the inclusion of Min Min from ARMS and Steve/Alex from Minecraft. Though the internet will be the first to tell you nobody asked for Sephiroth, it was still a wild surprise to see one of the biggest baddies of the entire Final Fantasy series come to Smash as a playable character opposite of Cloud. The implementation of a new character generally means a new balance patch for Super Smash Bros. Ultimate is on the way as well, so we can probably look forward to seeing how our favorite existing characters are going to change too.

Stay tuned on December 17 for full details on Sephiroth as the Mr. Sakurai Presents… Super Smash Bros. Ultimate presentation goes live. We’ll have all the reveals and info on the presentation here on Shacknews.