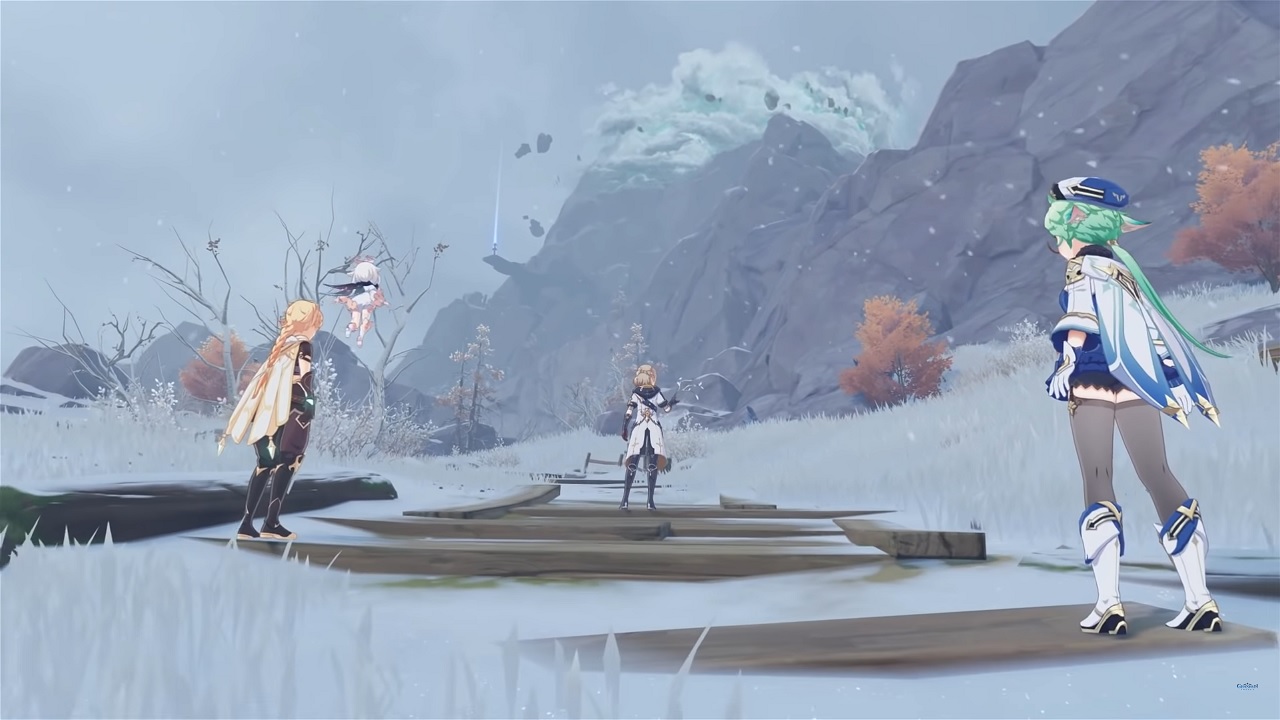 With Genshin Impact having been out for a short time this year, players might not have expected that MiHoYo was ready to do something as lofty as a map expansion, but it looks like that’s what’s coming pretty soon. The Genshin Impact Version 1.2 has been unveiled, and at the core of it is an all-new mountainous region known as Dragonspine that will take players on new quests and adventures in just a couple weeks when the update launches this December.

MiHoYo revealed the details of Genshin Impact Version 1.2 in a press release and trailer on the game’s YouTube channel on December 11, 2020. Coming on December 23, 2020, Genshin Impact 1.2 introduces the very first map expansion to the game in the form of Dragonspine. Dragonspine is a frozen mountain range that can be found far south of Mondstadt. There are never-before-seen creatures in the area, as well as a lost civilization, new ingredients and artifacts, and a fresh adventure centered around a powerful new weapon: The Festering Desire sword.

With the expansion, players will be able to engage in a quest to claim and empower the Festering Desire to its full potential. Along the way, players will contend with the frozen cold of Dragonspine with a new Sheer Cold bar, requiring you to use various implements to stay warm and be cautious when exploring. Furthermore, new five star characters will enter the world in the form of Geo-wielding Knight of Favonius and genius alchemist Albedo and half human, half-adeptus Cryo archer Ganyu. Players will aid Albedo in the mission to explore Dragonspine and discover the mysterious power of the Festering Desire while Ganyu will likely appear in a new upcoming Wish.

With the Genshin Impact Version 1.2 update right around the corner on December 23 for PC, PS4, PS5, and mobile devices, stay tuned for further details on upcoming wishes and patch notes for the new update soon.