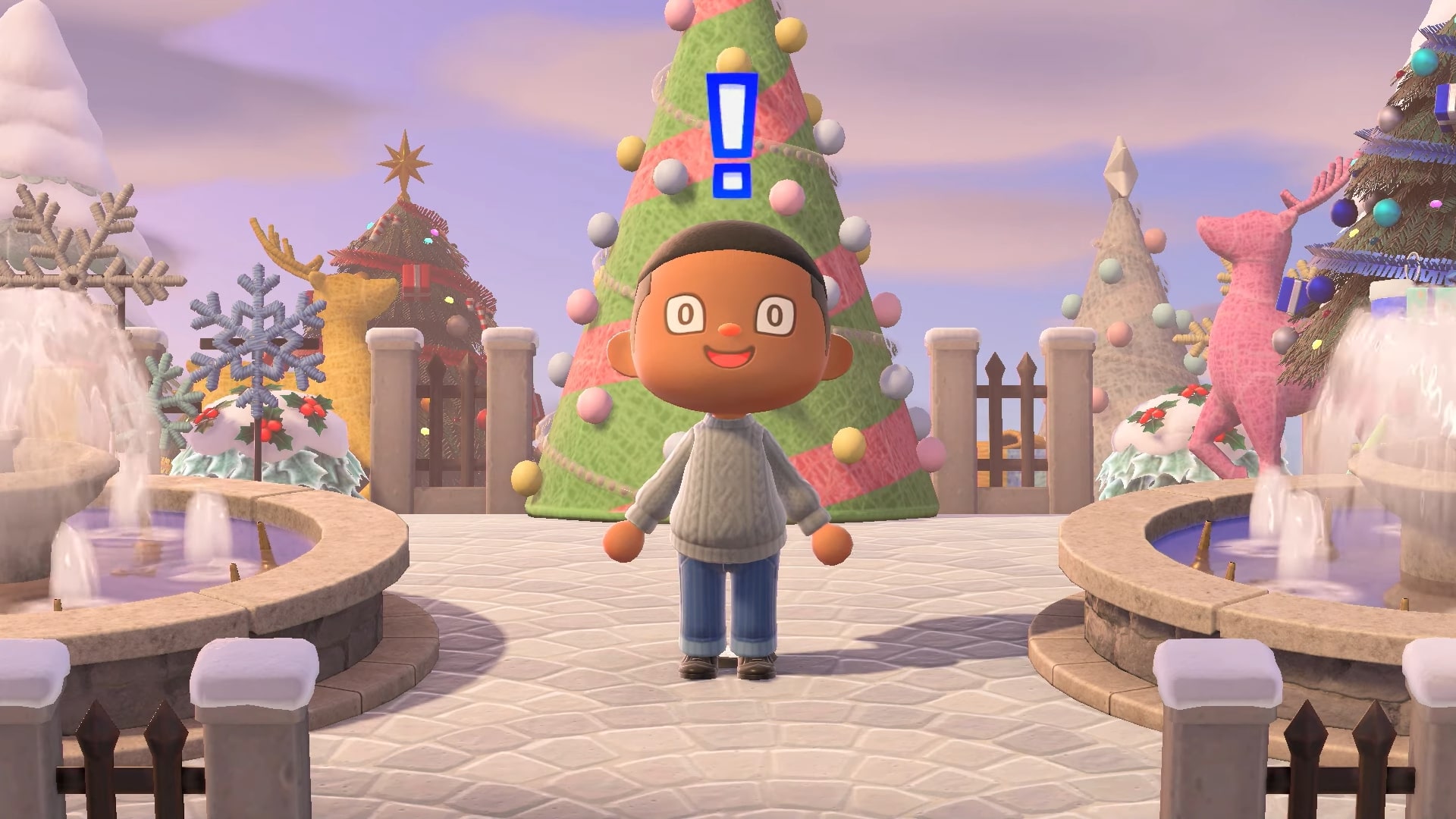 As is expected with the Animal Crossing franchise, new months and the change of seasons bring about new content to the beloved lifestyle sim. Because of this, Nintendo has been releasing a series of videos that detail and tease what players can expect to see when loading up their Animal Crossing: New Horizons. The December video has been released, covering all of the wintery goodness coming to New Horizons.

The full “Exploring December” video can be found on Nintendo’s YouTube channel. In the video we see the island covered in snow, as it will be throughout the remainder of the month. We also see some of the new critters and fish that players can catch, such as the Dung Beetle and the Lobster.

In the lead up to Toy Day, players can give gifts to their fellow villagers. In many cases, the villagers will reciprocate the generosity. There are also brand new toys that can be purchased at Nook’s Cranny, as well as some ugly Holiday sweaters that players can purchase from the Able Sisters. While running around the island, players will notice some trees are decorated with lights and ornaments. They can shake these trees to receive ornaments which can be used to craft a variety of Holiday-themed decorations to put up in their home and around the island.

As we build up to Toy Day on December 24, there’s plenty of wintery fun to be had. The December update is available now and free for all players. For more on Animal Crossing: New Horizons, stay here on Shacknews.