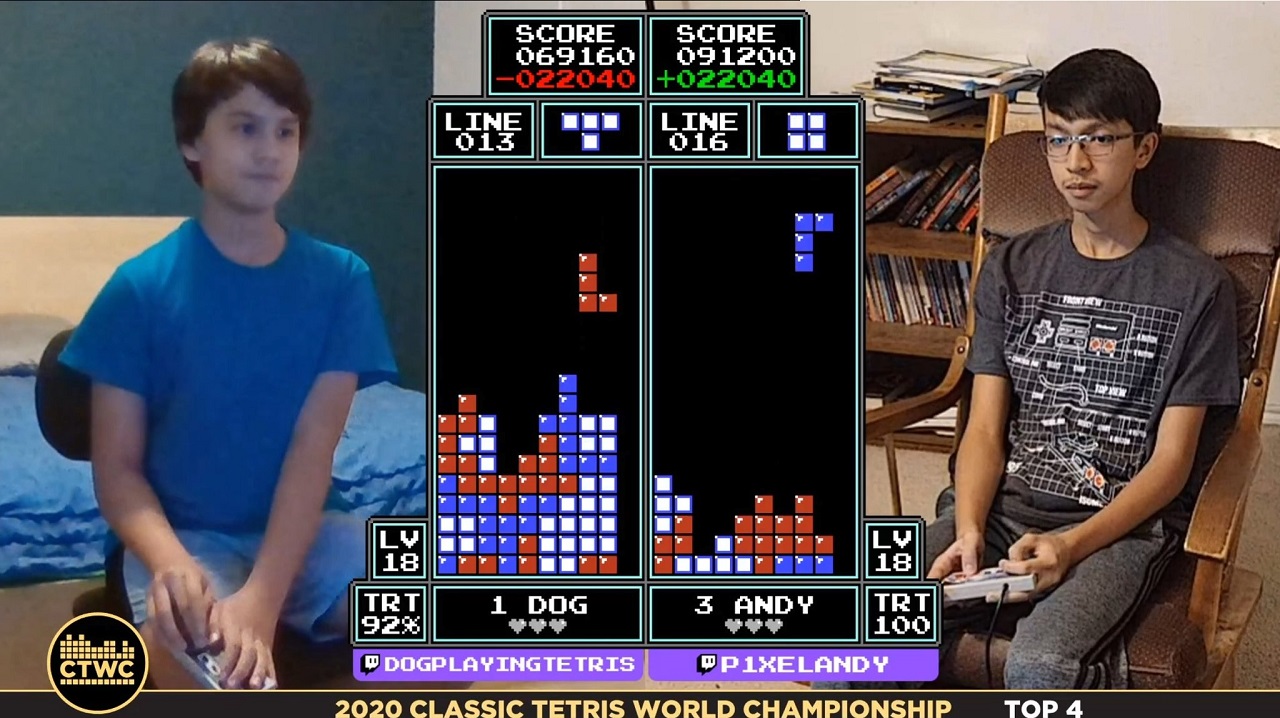 It seems like every year, the champions of Tetris are getting younger and younger. The classic block-laying and line-clearing game transcends generations in both its simplicity and massively high ceiling of on-the-fly decision making and skill. 2020 may have curtailed the possibility of a physical Classic Tetris World Championship, but it didn’t stop the competition from happening in an online format. When the dust settled and the grand finals happened, it came down to a match between two brothers, and was won by the 13-year-old Dog.

The 2020 Classic Tetris World Championship took place alongside the Tetris Effect: Connected Launch Invitational over the weekend of December 5 and December 6, 2020. Broadcast on the Classic Tetris Twitch channel, the competition saw some stellar players come together to play online in classic NES Tetris. However, when the competition came down to its final match, the grand finals, it was 13-year-old Dog and his 15-year-old brother Andy who battled it out for the final victory. It was an impressive display of skill between both players at the end, but ultimately it was Dog who prevailed with a victory to take the 2020 Classic Tetris World Championship.

Despite having to move to an online format in 2020, this year’s Classic Tetris World Championship had no slouches. The bracket was full of stellar players which included the two-time back-to-back world champion of previous years, Joseph Saelee. The whole competition was an awesome display of NES Tetris skill, especially in the Top 8. Ultimately, it’s wild in general that out of all competitors, it was these two young brothers that arrived at the final stage to duke it out.

In the end, 13-year-old Dog was able to eke out a win over his brother, but both of them should be proud to arrive at the finish line. It’s been a weird year for sure, but if you missed the 2020 Tetris World Championship, be sure to go back and check it out. You can find the whole CWTC throughout the Classic Tetris Twitch channel’s Recent Broadcast VODs.