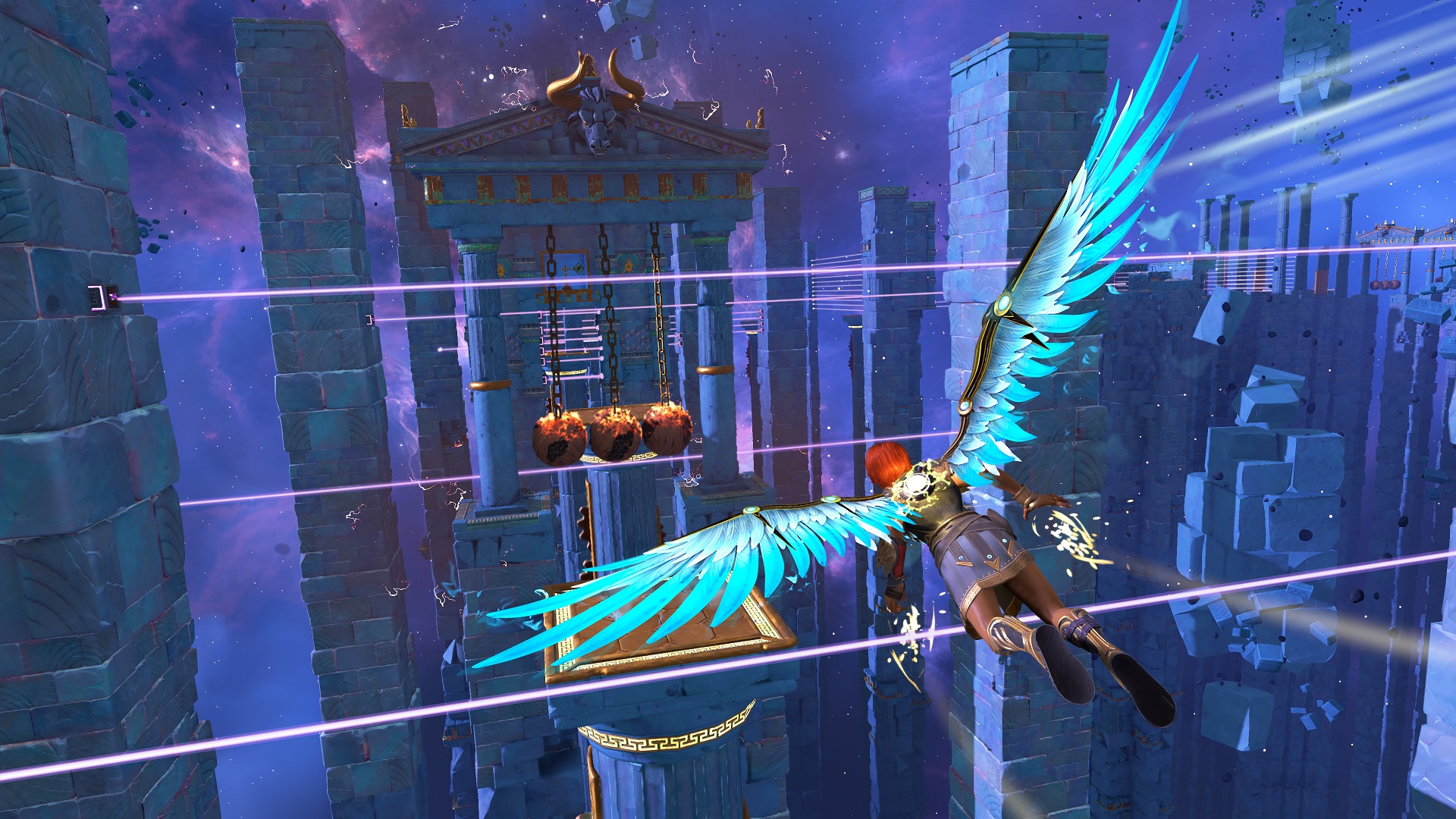 Immortals Fenyx Rising is not a short adventure. If you choose to undertake this journey, you'll be at it for a while. That means you'll want to increase your health and stamina wherever possible. How does one go about doing that? Shacknews is here to explain.

Health will become a precious resource when taking on the various enemies of Immortals Fenyx Rising. You'll also want a high health bar if you're planning to take on some of the legendary bosses lurking around the Golden Isle. These boss battles aren't always easy, so having a high health bar will give you a slight edge.

To increase your health, you'll need to collect Ambrosia. Ambrosia can be found in some chests throughout the Golden Isle, as well as in some chests in the Vaults of Tartaros. However, the main method of finding Ambrosia is simply finding it around the Golden Isle. Make sure to get prime scouting spots atop any of the god statues, the Hall of the Gods, or other similar peak. Use your Far Sight ability to look out across the Golden Isle and reveal any points of interest that come up. You'll often find several Ambrosia locations.

Once you collect enough Ambrosia, go to the Hall of the Gods. There will be a station where you can spend your Ambrosia for a permanent health upgrade.

Stamina is used for various actions through the game. The meter is depleted when climbing, sprinting, gliding, and dodging. It's also used in combat, particularly when swinging Hephaistos's Hammer or using any of Fenyx's Godly Powers. You're going to want a high stamina meter, especially for the late game.

To increase your stamina, you'll need to collect Zeus' lightning bolts. You can collect one at the end of each Vault of Tartaros. Find Vaults all across the Golden Isle and complete them in order to pick up the necessary lightning bolts. You may also find extra lightning bolts by completing certain tasks on the Hall of Gods bulletin board.

Now that you've upgraded your health and stamina, you can go farther and last longer on the Golden Isle. For more on Ubisoft Quebec's new adventure, be sure to follow our Immortals Fenyx Rising coverage.