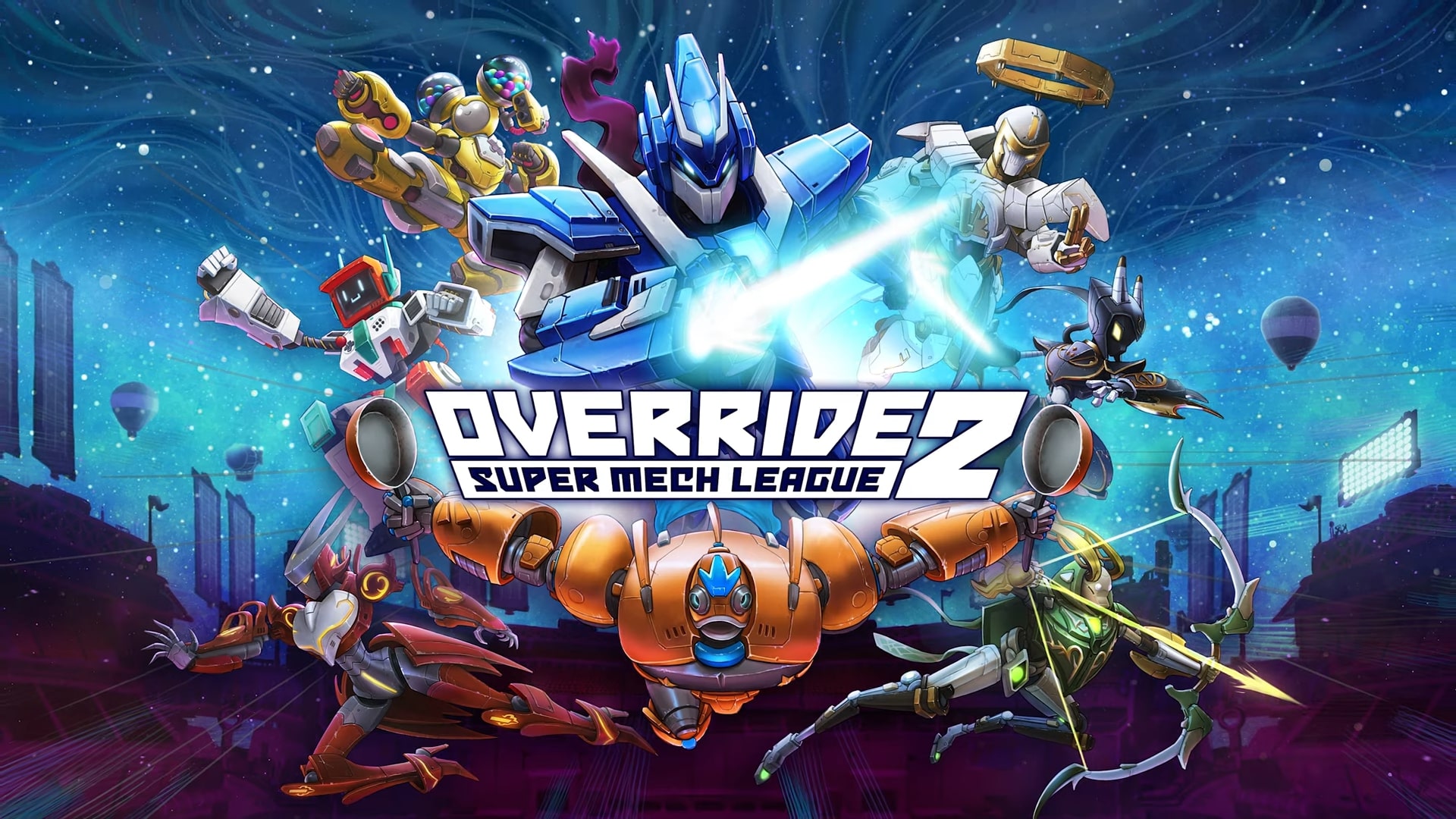 The developers at Modus Studios and Maximum Games are working on Override 2, a sequel to the 2018 robot brawler. With some returning characters, Override 2: Super Mech League is looking to up the ante with improved mechanics and more features. I had the chance to play a slice of the game on PS5 ahead of release to see what the devs have in store.

In Override 2: Super Mech Brawlers, players go head to head in epic battles, selecting from a roster of mechs. During my time with the game, there were eight different bots to choose from, each with distinct styles and movesets. I was particularly partial to Watchbot and Mya, as their movesets were the most fun to use and I simply found their designs to be the coolest looking.

Something I really appreciated while playing Override 2: Super Mech League was the way that default attacks are laid out on the controller. While playing on PS5, all base attacks corresponded to their respective buttons on the controller. For example, L1 was always left punch, and R1 was always right punch. If I wanted to string together a combo, there wasn’t just a single attack button I could spam, as I would end up swinging my left leg over and over. It feels like an accurate depiction of somebody remote controlling a giant mech brawler.

Unfortunately though, this does make some of the special attacks feel a bit awkward to activate, like having to hold L1 and L2 at the same time for a powered dash attack. I wasn’t bad per se, but just felt a bit unnatural during gameplay.

Clash of the titans

There were 8 stages during my preview of Override 2: Super Mech League, each with a unique theme and layout. I was really impressed with how the different stages factored so heavily into gameplay, rather than just being a backdrop. Most of them have destructible environments, with pieces and structures that can be grabbed and hurled at enemies, or vice versa.

I was specifically a fan of the Atlantis map. With plenty of water and ancient structures, everything on the map is scaled down to make the battling mechs gigantic in comparison. It made the fights feel more epic, almost like a scene out of a Godzilla movie. This is also present in other maps, as well as unique hazards for players to look out for. One map has a pit of lava that players can toss each other into to deal some extra damage.

I spent my preview time with Override 2 playing on the PS5. As expected, the game runs quite fast on the next-gen console. Hopping between menus, and loading in/out of a match was usually a matter of seconds.

The game also takes advantage of the technology in the DualSense controller. When landing strikes, you can feel the weight of the impact in the controller. There isn’t much use for the adaptive triggers, but I’d love to see some support for that down the road.

I had an all-around positive experience getting to play Override 2 early. Though I didn’t get to play the new career mode, I was impressed with other aspects of the upcoming game. With a tight roster and some unique stages, Modus Studios and Maximum Games are in fighting shape for the release of Override 2: Super Mech League on December 22.