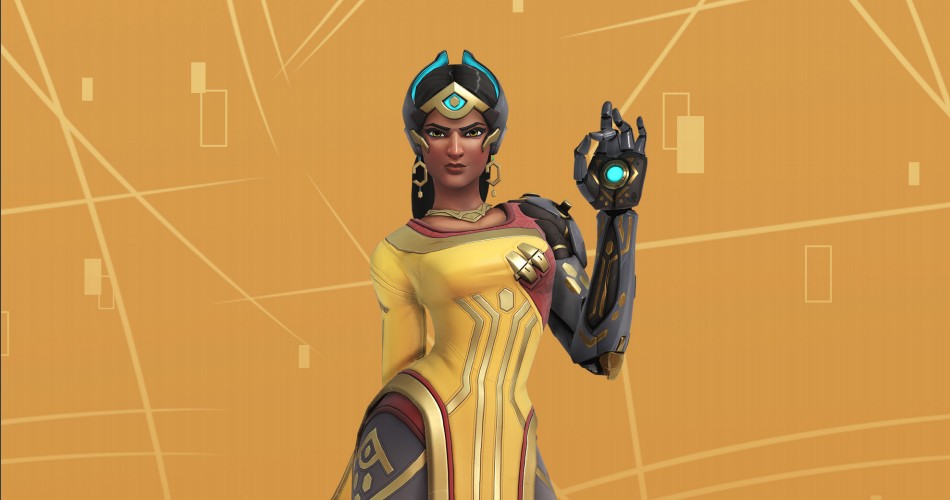 As Overwatch inches closer to its more lore-filled sequel, Blizzard is looking to flesh out more of the game's roster. To this point, one of the game's more underdeveloped characters has been Symmetra. That's changing today, as author Christie Golden has put together a new story called Stone by Stone.

Stone by Stone tells the story of Vishkar Corporation, who are seeking to work along the city of Roshani's undeveloped section across its river. Tensions have risen in the area following an accident that left the sacred statue of Aurora damaged. The town has great reverence for Aurora, known for being the first sentient Omnic, so there's some PR work to be done. Vishkar, led by Satya Vaswani, are hopeful to continue their work and try to mend fences. Of course, Roshani is home to one Zenyatta, who quickly makes his presence felt to the Vishkar visitors and welcomes them into the temple.

Satya Vaswani eventually becomes better known as Symmetra and this is a tale in which she finds herself spiritually. Aided by Zenyatta, Satya learns to look within herself and learns the importance of meditation, working with others, and comes to wonder about the meaning of the soul... and whether the mechanical Omnics are capable of possessing one.

Whether this is leading to anything else for Overwatch remains to be seen, but we know that Blizzard has grand plans for the series' lore with the upcoming Overwatch 2. There's no word on when that's coming, but hopefully we'll get a better idea when BlizzConline takes place in February. If you're interested in reading Christie Golden's full "Stone by Stone" short, you can find it on the Overwatch website.

It looks like there is an event on the way for Symmetra, according to Overwatch lead Jeff Kaplan. Stay tuned to Shacknews as we follow this story.