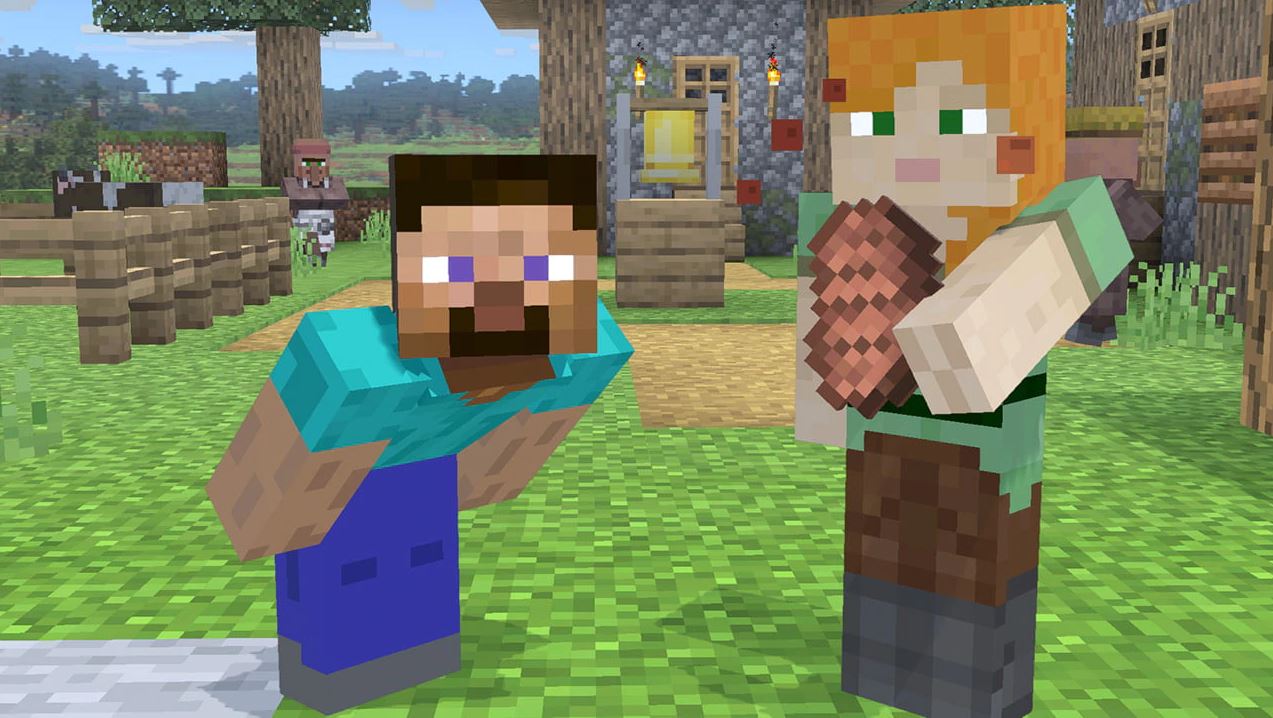 Steve has been dominating the Super Smash Bros. Ultimate scene since his release. And now, it seems that Nintendo has taken a shot at him by removing his meat in update version 9.0.1. There are also some other fixes to how Steve and Alex behave. Let’s take a look at the patch notes!

Steve and Alex’s ability to create blocks has resulted in quite a lot of incredible plays. This latest update to Super Smash Bros. Ultimate looks to fix some of the problems players were encountering with the ability. For starters, it appears as if some players would pass through the landscape under certain conditions or become uncontrollable.

Not included in the official notes, but noticed by Everything Nintendo over on Twitter, is that the victory screen for Steve has had his meat removed from his hands. Got to keep the ESRB game rating as “E for Everyone”.

You can check out the latest patches, including version 9.0.1, on the official Nintendo Support page. Remember, there’s more to come in the Fighter Pass 2, so be sure to keep it locked to Shacknews as we cover the latest announcements and reveals about Super Smash Bros. Ultimate.