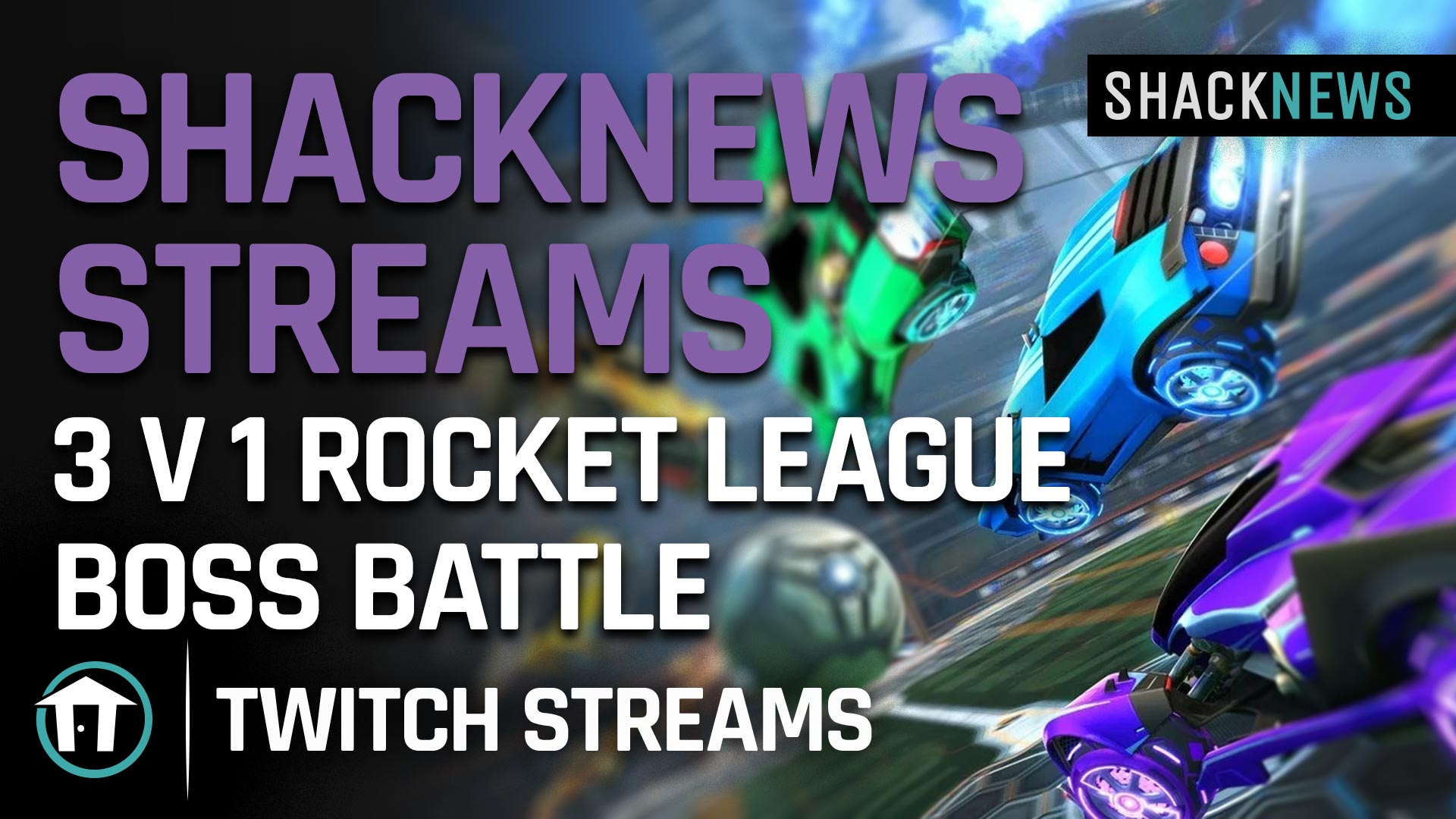 Shacknews Stimulus Games are an opportunity for the gamers from the community (or the staff) to come together and battle one another in ferocious competition. Out of the games we play, none get quite as intense as matches of Rocket League. We have a few people on staff who are godlike at the game, but in a recent stream, it was shown that discoRyne is on another level.

As part of a recent Shacknews Stimulus Games, players from our community got together and fought across a range of games. Throughout it all, discoRyne was proving to be a formidable force. But then it got to Rocket League o’ clock. At this time, discoRyne ascended, becoming some kind of demigod monster.

We like to do boss battles here at Shacknews. These battles pit you against the boss for a chance to win extra cash or bragging rights. In order to level the playing field, discoRyne was challenged to a 3-v-1 match of Rocket League. The three he would be competing against? Shacknews CEO Asif Khan, Reviews Editor Blake Morse, and News Editor TJ Denzer.

In a truly humiliating moment, the three representatives of Shacknews got absolutely crushed by discoRyne. Whether it was long-range shots, self-goals, or discoRyne simply outmaneuvering them, the Shacknews team eventually lost 6-1.

I do not envy Asif, Blake, and TJ having to go bumper-to-bumper with discoRyne. The level of control and skill on display here is just incredible. How does he manage to move the vehicle with such finesse? How is it possible to send the ball with such accuracy? At this point, I’m not entirely sure discoRyne is not an advanced AI.

If you’re all about kicking back and watching some hilarious moments, take a look through the Shacknews Twitch Highlights page. This has a ton of great clips and snippets from the many streams we do throughout the week. For those who are in the Chatty community, keep your eye out for any other community-based Shacknews Stimulus Games this year. Just be aware that discoRyne is a powerhouse.