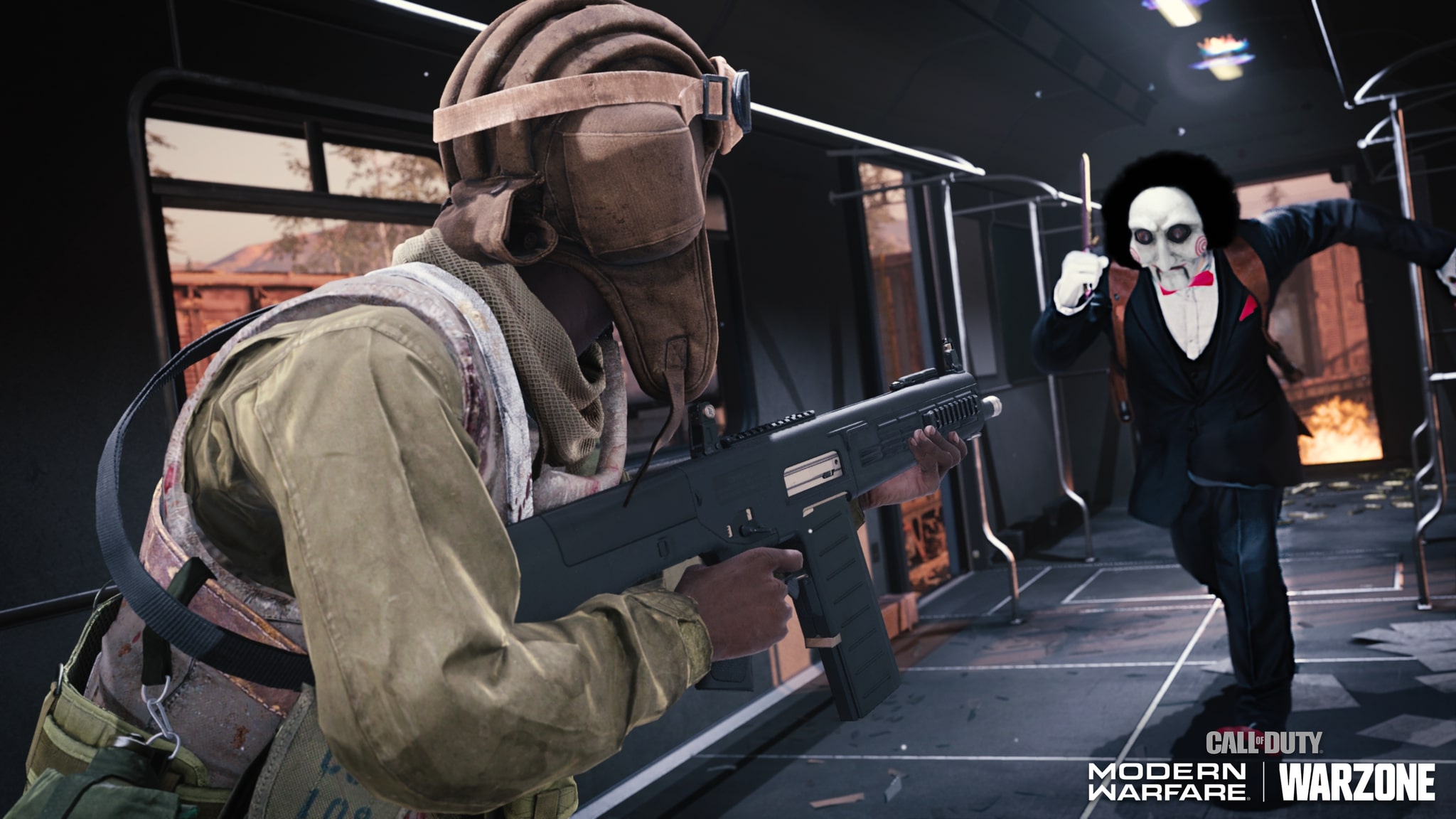 Halloween is right around the corner, which means it's time for spooky events to start popping up in various video games. Hit battle royale Call of Duty: Warzone is joining the fun, with a frightful new event. Titled The Haunting of Verdansk, this event adds new content themed around some iconic horror movie villains. The event will also introduce zombies to the battle royale.

Developer Infinity Ward announced The Haunting of Verdansk with a scary new trailer posted to the Call of Duty YouTube channel. In the trailer, Verdansk is transformed into a dark hellscape with its new nighttime variant. As for gameplay, this Halloween event will add some spooky new modes. Zombie Royale will add undead creatures to Warzone, adding another layer of threat on top of the other 150 players.

In the trailer, Infinity Ward reveals the slew of new cosmetics coming to Warzone as a part of the Halloween event. Leatherface from The Texas Chainsaw Massacre and Jigsaw from Saw will both be joining the fray with new cosmetics. These skins can be purchased from the store, and also come with some unique weapon skins and items. The Haunting of Verdansk also includes a trick or treat reward system that will grant players blueprints for themed personalization items.

The Haunting of Verdansk and all of its scary goodness will arrive in Call of Duty: Warzone on October 20 and will conclude on November 3. With Halloween upon us, a number of games are introducing new seasonal events. It can be hard to keep track of, so we’ve actually compiled a list of every video game Halloween event in 2020. For the latest news and updates on Call of Duty: Modern Warfare and Warzone, stay right here on Shacknews.