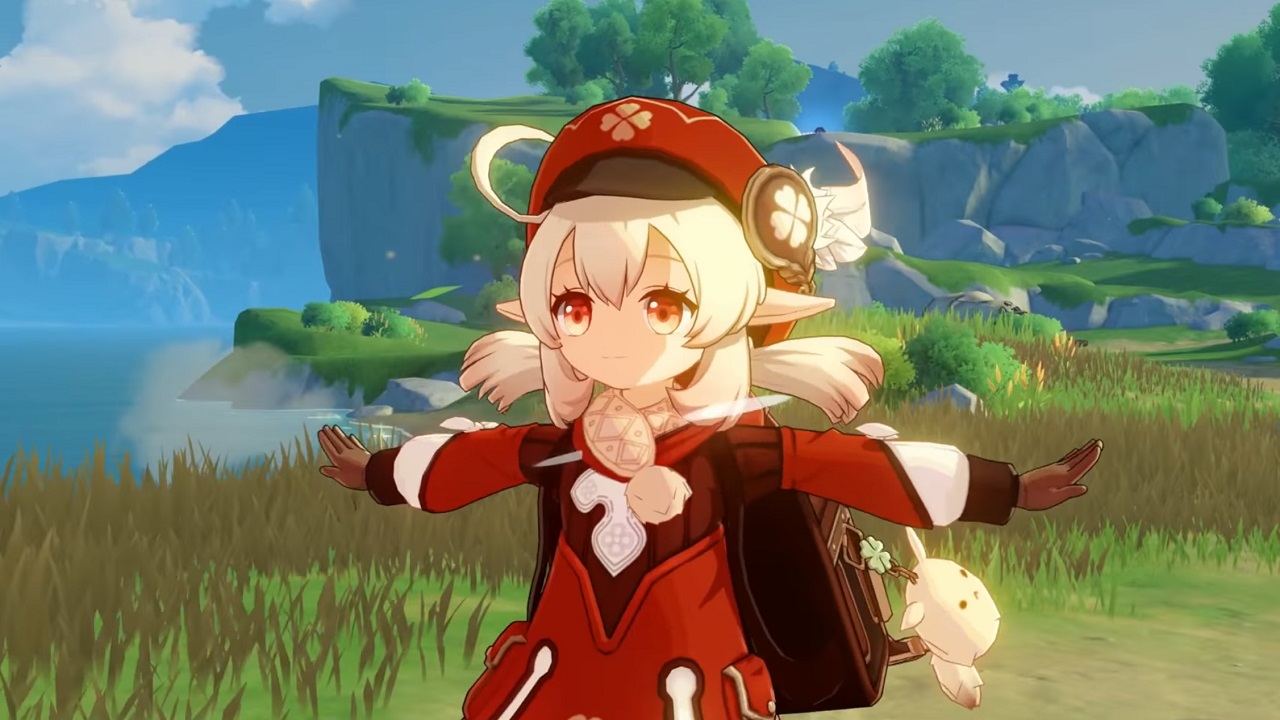 The unique playable characters are undoubtedly a huge part of Genshin Impact’s charm. Despite some of them being held back behind the game’s gacha system, it doesn’t keep new characters for your roster from being an exciting prospect. Genshin Impact is fast on its way to a version 1.1 update in November, but ahead of that, we got a look at a demo video of the diminutive little mage Klee, who is the spotlight character of the upcoming Sparkling Steps Event Wish.

MiHoYo released the character demo video for Klee on the Genshin Impact YouTube channel on October 19, 2020. In the video, we get a good look at Klee, who besides being a ball of energy and joy, is also a destructive force of nature. Klee wields spell books and the Pyro element to cast explosive fire across the battlefield quite quickly. Besides throwing bombs as part of her regular attacks, her special is a bagged bomb creature known as Jumpty Dumpty. Once Klee throws it, it jumps a few times forward, dropping fire in its path, before splitting into a cluster of smaller bombs that cover a wide area.

It would appear from in-game menus in Genshin Impact that Klee is looking like the marquee character of an upcoming Event Wish Banner known as Sparkling Steps. Much like the previous Ballad in Goblets Event Wish that focused on Venti, Klee will be the 5-Star prize of the Sparkling Steps Event Wish, which begins on October 20. The 4-Star characters Xingqiu, Noelle, and Sucrose will also get boosted drop rates from this particular wish. Klee’s Event Wish also comes after of leaks of Genshin Impact’s version 1.1 patch, which may be coming on November 10 and bringing nerfs to characters like the altogether monstrously powerful Venti.

If you’re looking to get your hands on Klee and add her to your party, be sure to do what you need to do to save your Wishes, or follow our Genshin Impact guide to getting more Wishes in preparation for Sparkling Steps. Also, keep an eye out for Genshin Impact version 1.1 patch notes coming soon.