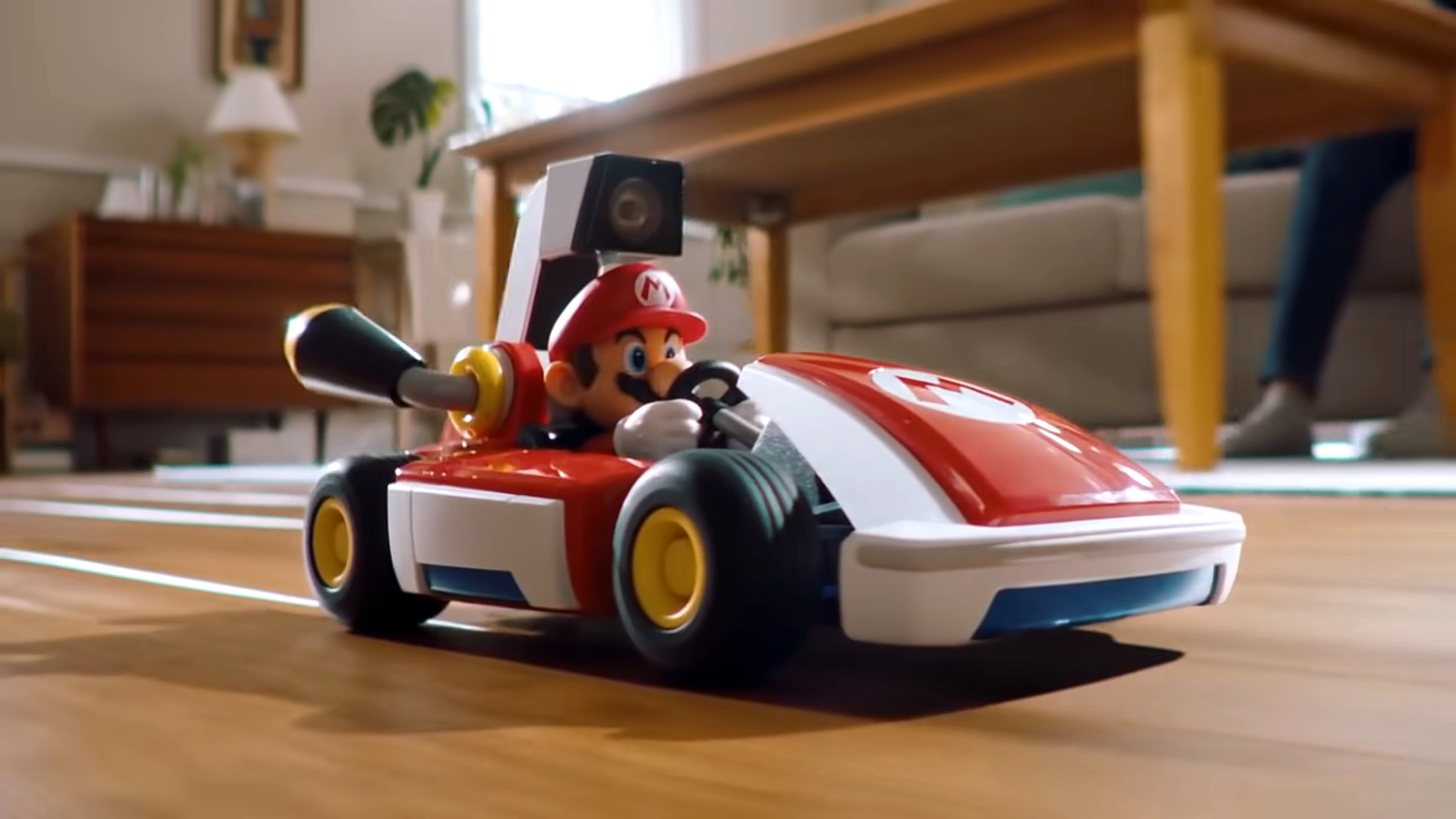 The Mario Kart franchise is expanding to our real world with the release of Mario Kart Live: Home Circuit. This game utilizes a hybrid of physical cars and gates with digital technology to create a unique Mario Kart experience. Players can place gates around their home to create their own special racetracks, and then play on them using their Switch console. To commemorate the game’s release, Nintendo recreated the original Mario Circuit 1 track from the NES game.

The Mario Kart franchise has seen a ton of new entries and change over the years, but long-time fans will remember Mario Circuit 1 from the original Mario Kart. Though a simple layout, Mario Circuit 1 became a staple of the franchise. So simple in fact, that Nintendo was able to recreate the track in Mario Kart Live: Home Circuit using the physical gates and checkpoints. They filmed a timelapse of the building process and posted it to the Nintendo Twitter account, which can be viewed below.

Of course, Nintendo utilized some extra pieces that aren’t included with the game in order to really capture the aesthetic of the classic track. That being said, this still is a great example of how creative players can be with the new hybrid Mario Kart game. While it’s fun and exciting to build your own unique levels, it can be equally exciting trying to recreate classic Mario Kart levels right in your own home.

Mario Kart Live: Home Circuit is available now for $99 USD and requires a Nintendo Switch to play. If you’re jumping into the game, you may be wondering how exactly multiplayer works in Mario Kart Live: Home Circuit. In such a case, Shacknews has you covered. Stick with us for the latest news and updates on Nintendo and its wide world of properties.