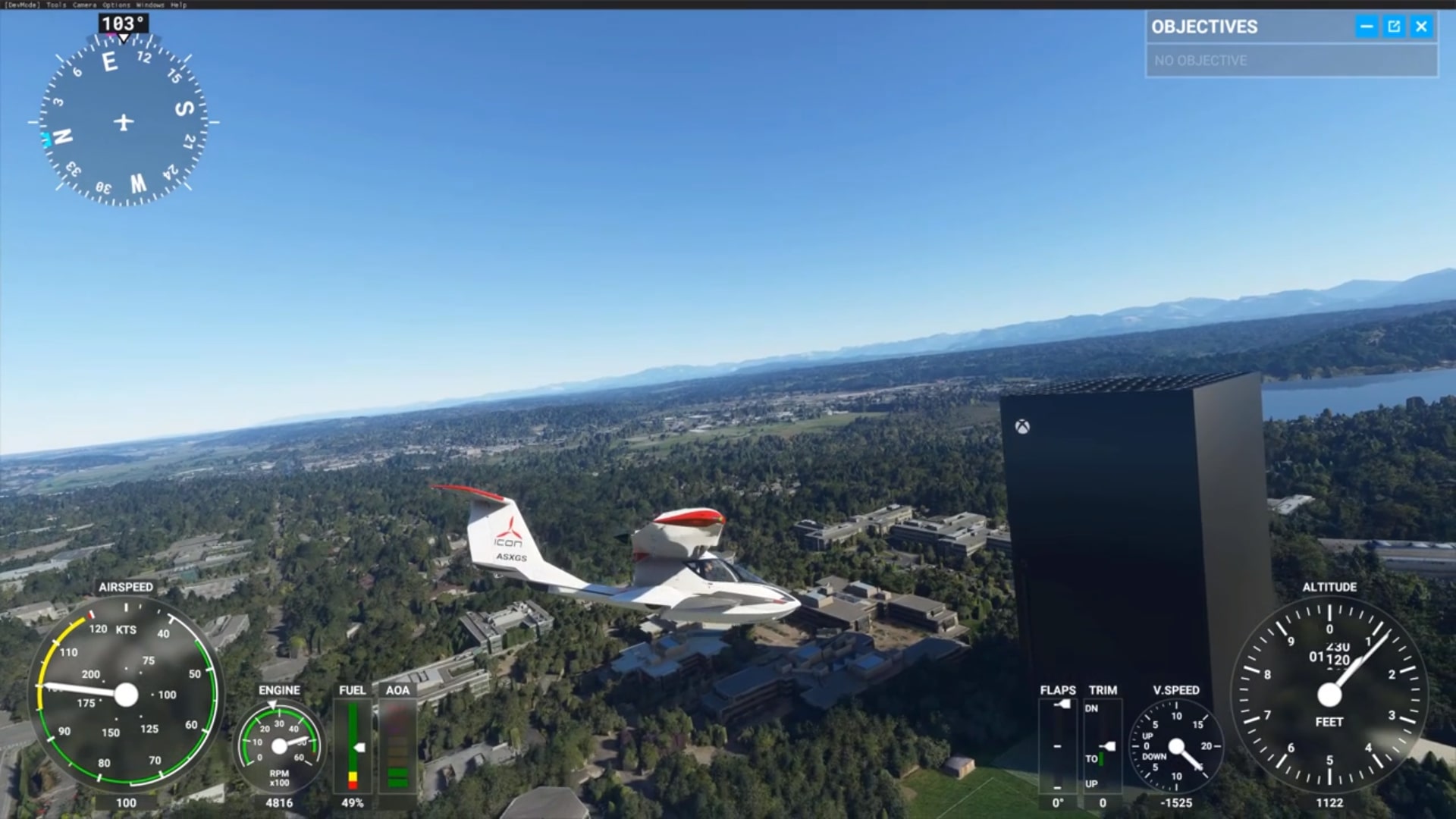 Microsoft Flight Simulator 2020 lets players jump into the ultimate playground: planet Earth. Of course, with so much to explore, there are certainly an endless number of notable locations to visit. However, this hasn’t stopped players from creating their own landmarks with some crafty mods. One player went as far to model a 200-meter Xbox Series X at Microsoft’s HQ.

This story comes by way of Reddit user u/Oh_Gaz, who showed off the mod in a video, which can be seen below. The massive Xbox Series X console stands taller than most buildings, and would certainly catch the eye of any passing pilot. The console was placed right at Microsoft’s headquarters, which begs the question, why doesn’t Microsoft have a huge office building designed to look like an Xbox in real life? Seems like a no-brainer, if you ask us.

I modelled a 200m Xbox SeriesX for Microsoft's HQ @ Redmond, Washington from r/MicrosoftFlightSim

The sky is the limit (pun intended) with what mod-savvy players can accomplish with Microsoft Flight Simulator. The game truly is an endless playground, and it is fascinating to see what the community has already come up with in this young game. It would be interesting to see if Microsoft adds any official mod tools or support down the road.

Ironically, we have no clue when Microsoft Flight Simulator will land on the Xbox Series X. We know that there are plans to put the game on console, but that’s about it. With the game being as technically demanding as it is, it’ll be a great match for the beefy Xbox Series X. For more on Microsoft Flight Simulator 2020, stay with us right here on Shacknews.