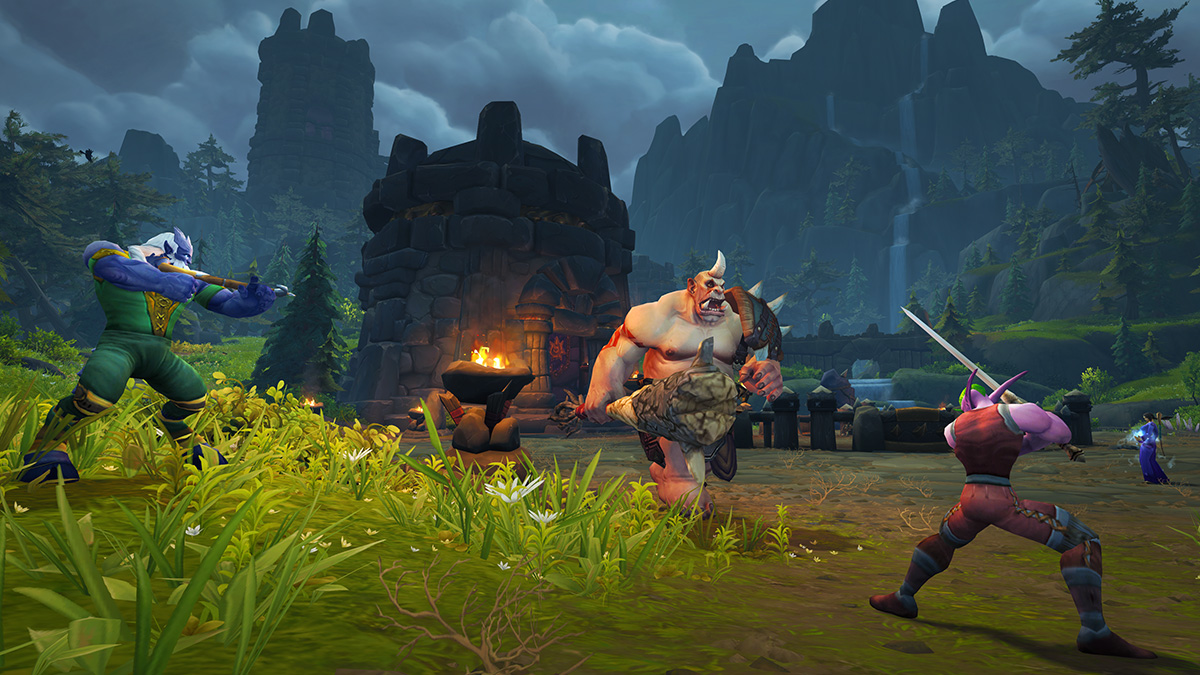 Blizzard was really hoping to get World of Warcraft's latest expansion, Shadowlands, off the ground in October. Of course, that was not meant to be. The expansion was recently pushed back for the sake of polish, but that doesn't mean there aren't a few things still ready to roll out. On Tuesday, Blizzard released the big World of Warcraft: Shadowlands pre-expansion patch, which adds several things to the long-running MMORPG, including a new player experience to assist new users.

Exile's Reach is one of the most noteworthy additions to the World of Warcraft: Shadowlands pre-expansion patch. This is a whole new starting area where newcomers will automatically be placed. Those in Exile's Reach will learn the ins-and-outs of what it means to play WoW and how to use their chosen class. Those players will also be placed in a Newcomers Chat channel, where they can talk with other newbies about starting their journey. New players will continue through Exile's Reach until they reach Level 10, at which point they'll be thrown into the Battle for Azeroth expansion until Level 50. Upon reaching Level 50, it'll be time to run through the Shadowlands content proper. Veteran players have the option to skip Exile's Reach, as well as the option to join the Newcomers Chat as an experienced guide to help newbies through their opening minutes.

If you're already familiar with World of Warcraft, there's something for you here, too. A special quest called Death Rising will open up where players will seek to establish themselves in Icecrown and defend it against the Scourge. The barrier between Azeroth and the afterlife is at its weakest, so this may be where the living make their last stand. Death Rising will only be open until the launch of Shadowlands.

Meanwhile, many of the customization options that Blizzard has been touting for the game are now available. We took a look at some of those not too long ago here at Shacknews, so check out our customization hands-on. Look for balance changes and some changes to the Auction Houses on top of all of that. For more on this latest update, be sure to check out the full Shadowlands pre-expansion patch notes.

World of Warcraft: Shadowlands is set to release on PC... eventually. There's no release date for it, but Blizzard is estimating that it will arrive before the end of 2020. We'll keep an eye on that release date and report on it when it's posted.