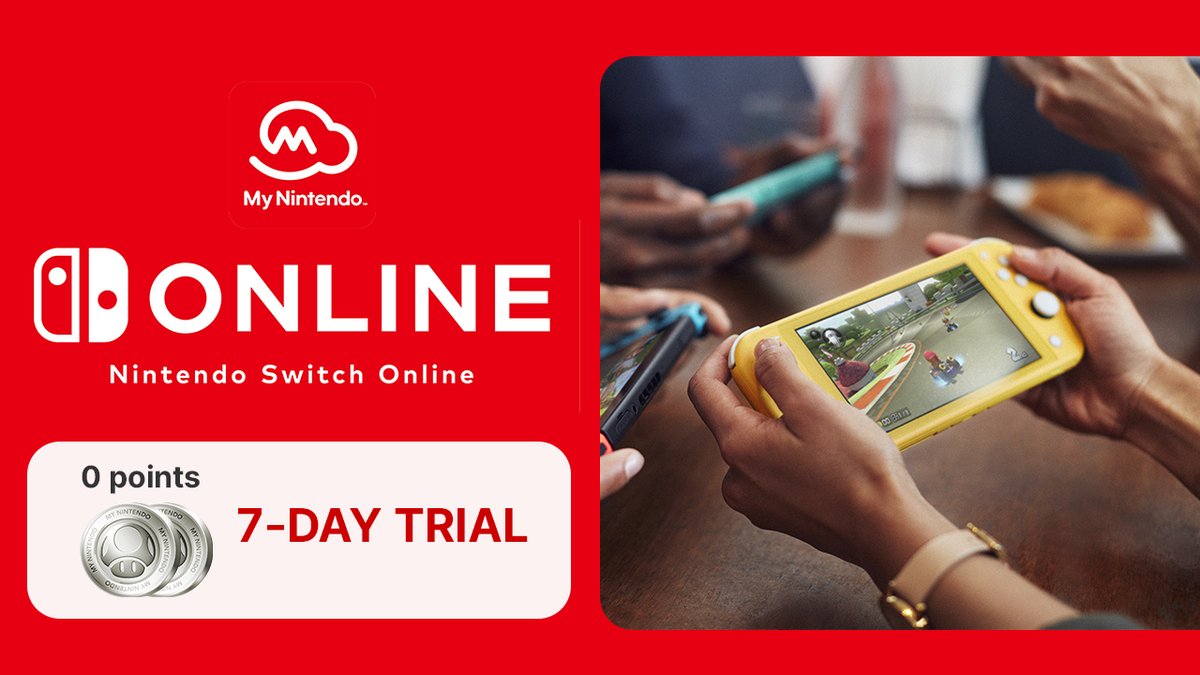 There are many Nintendo Switch users out there who may not be Nintendo Switch Online members. Those people may not be interested in the console's online element. However, what if they just want a taste of it? If they're members of the My Nintendo rewards program, they can now get a seven-day free trial.

For a limited time, head to #MyNintendo and get a free 7-day trial of #NintendoSwitchOnline without using any points!

Rewards members will find the seven-day free trial available on the My Nintendo website. This reward is available from now through November 2, 2020, at 8AM PT and is only redeemable once. Current Nintendo Switch Online members can't extend their active membership with this. This is purely for newbies. If you do decide to take advantage of this, the free trial converts to a recurring one-month auto-renewing membership, which runs for $3.99 USD per month.

If you're on the fence about Nintendo Switch Online, there are a few perks beyond just being able to utilize online multiplayer. There are also a few Nintendo Switch Online exclusive rewards, such as currency for Super Smash Bros. Ultimate, as well as some exclusive games, like Tetris 99 and Super Mario Bros. 35. If you want to give the latter a shot, be sure to check out our beginner's guide. Heck, we have a beginner's guide for Tetris 99, too, if you want to see that.

If you opt to pick up this Nintendo Switch Online free trial from My Nintendo, the code will be active until November 9. You'd better use it now because this is the night that Steve and Alex come to Super Smash Bros. Ultimate.