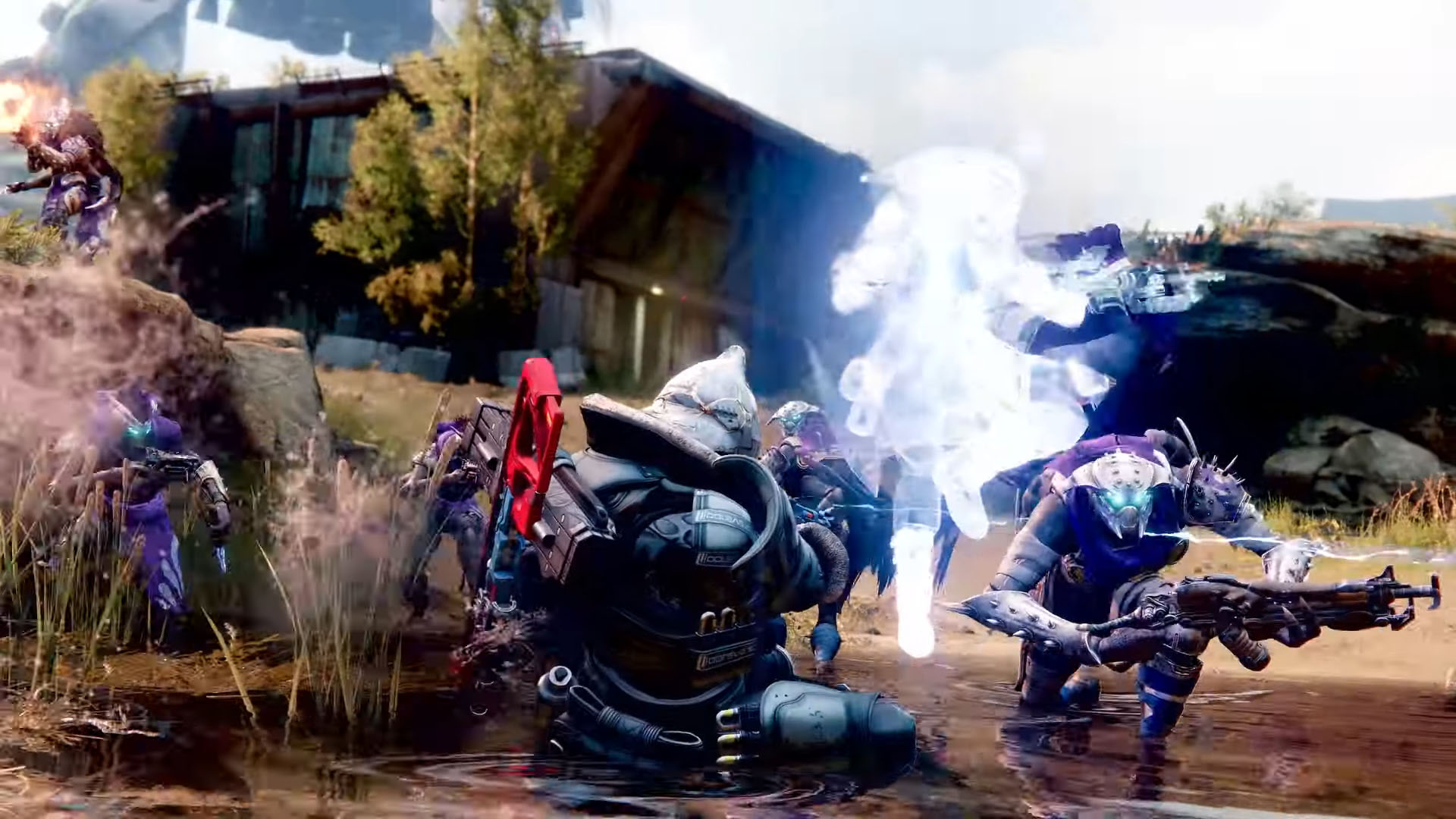 The latest trailer for Destiny 2: Beyond Light is here and it gives us a glimpse at some of the upcoming gear and weapons Guardians can utilize when Beyond Light launches later this year.

The new trailer, which runs for roughly two minutes, includes quite a bit of information for Destiny 2 players to digest. The first thing we get a look at is the return of No Time to Explain, which is now sporting a Personal Protection Portal upgrade. The return of this iconic Pulse Rifle is sure to please many OG Destiny players, and it will be interesting to see how the new variant stacks up against the old.

Cloudstrike is the next new weapon showcased in the trailer, and this Sniper Rifle causes lightning to strike on precision hits. This means hitting those headshots has never been more important or as flashy. Sword users can also look forward to the arrival of The Lament, which can shred Barrier Shields with powerful melee attacks.

While the weapons are looking solid enough already, Bungie also teased some of the upcoming armor pieces we can expect to find in Beyond Light, too. Titans can also look forward to the arrival of Icefall Mantle, a new set of gauntlets that replace the iconic Barricade ability with an overshield when equipped. Hunters will get the Mask of Bakris, which replaces the Hunter’s dodge with a new Shift ability similar to the Warlock’s ability.

Another Hunter armor piece, Athrys’s Embrace will grant players who equip it with a superior weight knife, allowing you to ricochet your Hunter knife off of walls until it hits an opponent. Warlocks can look forward to the Dawn Chorus helmet, which improved the damage done by burns and Daybreak. Warlocks will also find that the Necrotic Grip gauntlet set brings quite a few advantages, too, including a poison that is spread by melee attacks.

This isn’t even the end of the video, either. You can check out the rest of the reveals and weapons detailed in the trailer via the embed above. Destiny 2: Beyond Light is set to arrive November 10, 2020. You can check out more 2020 video game release dates with our handy calendar.