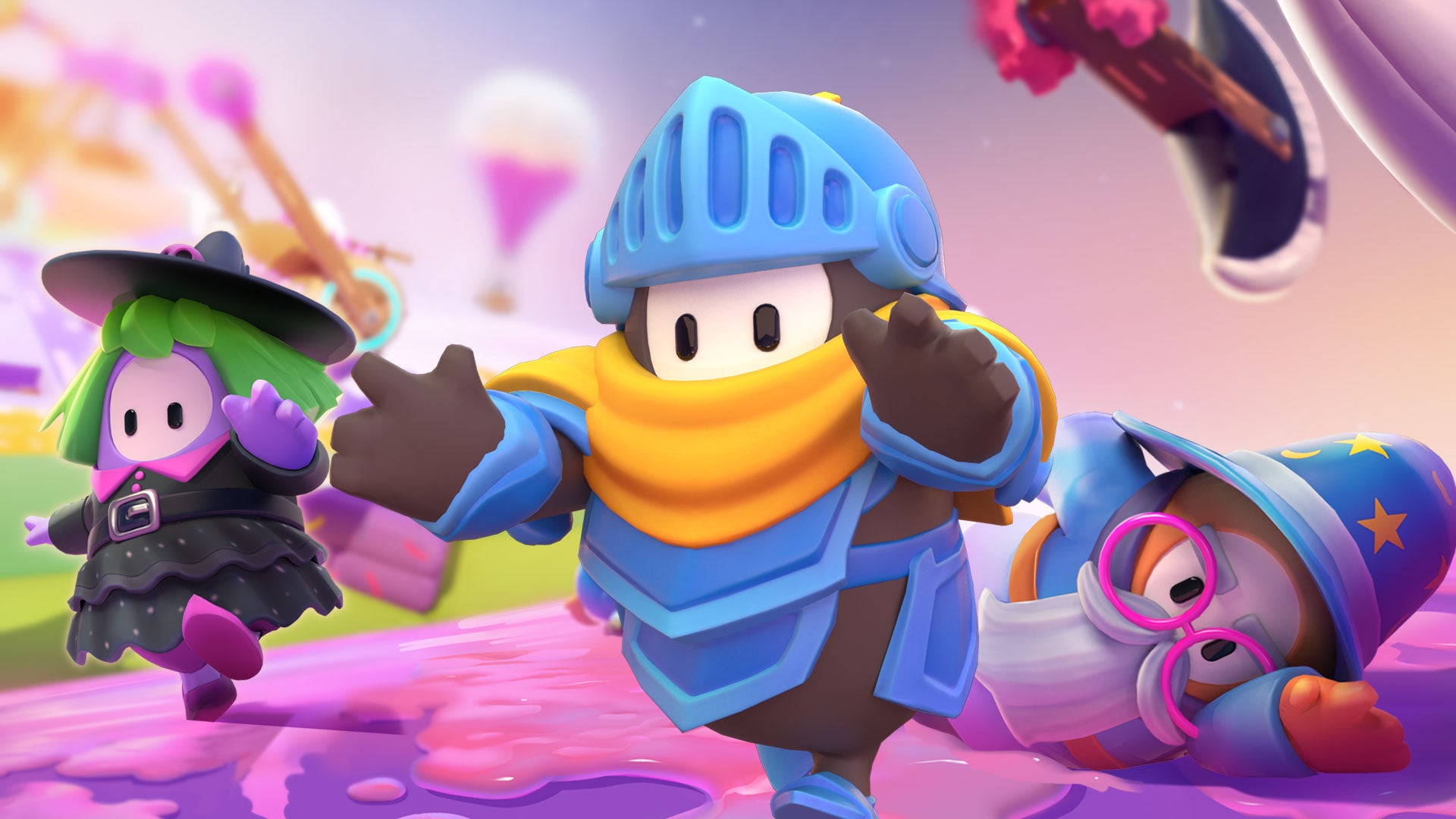 Fall Guys: Ultimate Knockout is set to launch its second season this week, bringing about new cosmetics and challenges to the popular last-man-standing game. The medieval themed Season 2 will also introduce some brand new levels for players to compete in. One of these levels, titled Knight Fever, has been fully revealed ahead of the debut of Fall Guys Season 2.

A full playthrough of the Knight Fever level was posted to YouTube by IGN. The level is an obstacle course, with players racing to be among the first to cross the finish line. Falling in line with the medieval-themed season, Knight Fever features swinging axes, drawbridges, and some spiked platforms. The level itself maintains the same castle aesthetic we saw in the reveal trailer for Season 2, a bit of a departure from the look of the game’s first season.

In the gameplay video, we see some of the new cosmetics in Season 2 of Fall Guys: Ultimate Knockout. Season 2 also delivers some new medieval themed skins and items for players to pick up, either through the battle pass or the in-game store. We see wizards, witches, vikings, knights, and dragons. Fall Guys already has a variety of neat cosmetics to acquire, and Season 2 will add even more to that pool.

Players can jump into Knight Fever, as well as the other new levels and cosmetics, when Fall Guys: Ultimate Knockout Season 2 kicks off on October 8. For more on Mediatonic and Devolver Digital’s game show battle royale, visit the Fall Guys topic page over on Shacknews.

Astro's Playroom devs are working on their 'most ambitious game yet'