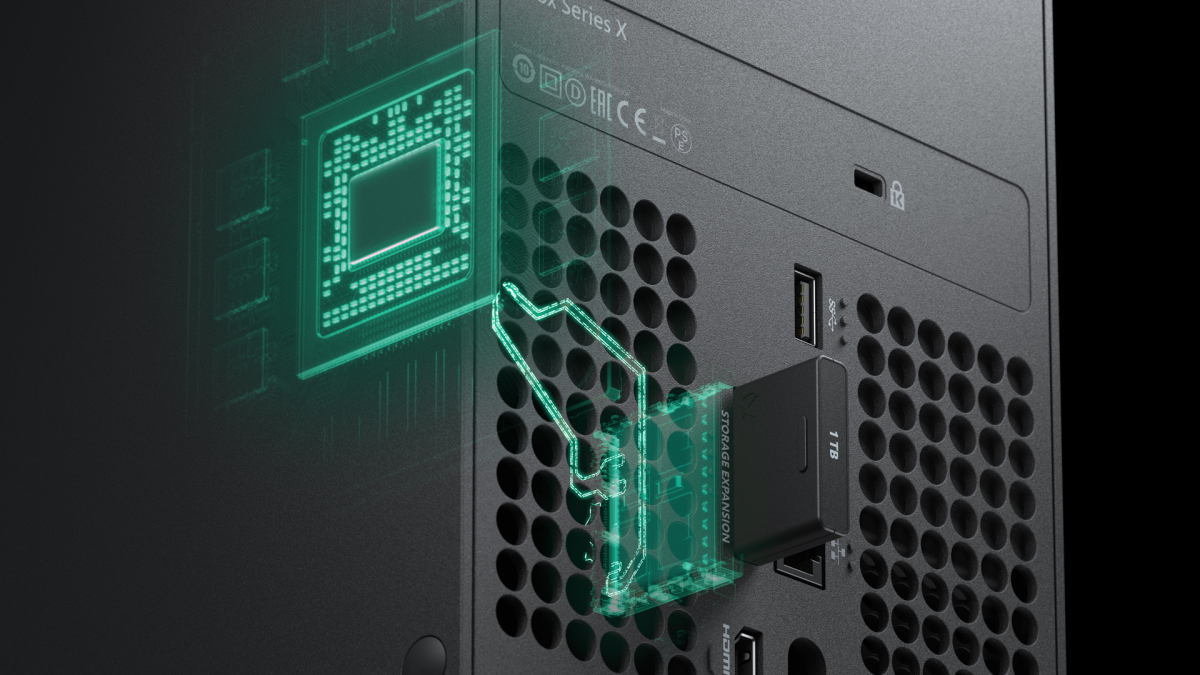 With new consoles, means new accessories and additional hardware. It felt like an incredibly long and drawn-out process just to learn basic details of the PlayStation 5 and Xbox Series X, but we finally got them. Now, the companies are starting to shed light on the different accessories and ancillary products that will come with them. Microsoft has released new information on how players will utilize custom storage to add extra space to their Xbox Series X or S.

We’ve known for a while now that the Xbox Series X will include 1TB of internal storage. This isn’t exactly a whole lot when you subtract the space that will be lost due to formatting. Add on top of that the fact that AAA games can extend into the 100GB range, and players will find themselves looking for some extra space sooner or later. The Series X and S consoles will allow players to use external SSD cards to increase their storage room.

Microsoft will be selling their own NVME SSD memory cards, which will be able to provide high speeds that are on par with the next-gen consoles themselves. The company took to the Xbox website to share further details about how it will work. “we’ve collaborated with Seagate on a custom 1TB Storage Expansion Card, designed using the Xbox Velocity Architecture API, to deliver the exact same consistent, sustained, gameplay performance of our internal SSD.”

The 1TB Seagate cards will run for quite the pretty penny at launch, as retailers already have the SSD card listed at $219.99 USD. Those not looking to drop that cash can still use their USB 3.1 storage unit from the current-gen consoles. However, these SSDs will not be able to run games optimized for the Series X or S, nor will it be able to replicate the speeds of the console’s internal SSD. However, if you’re desperate for additional space, it’s an option.

The custom storage units for the Series X and S are set to arrive when the next-gen consoles launch on November 10. For more updates on the Xbox Series X, stay with us right here on Shacknews.