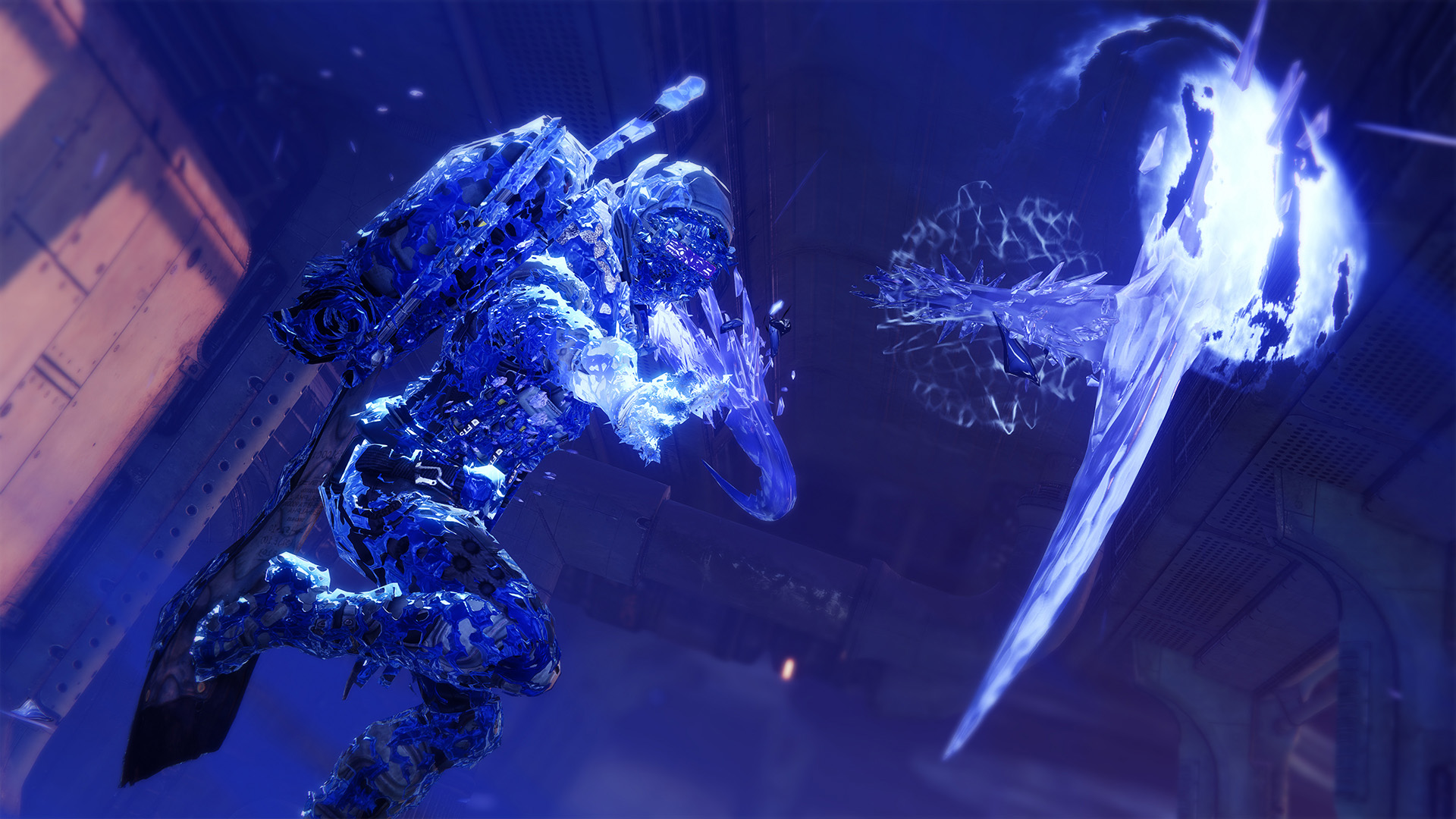 In Bungie’s latest Stasis spotlight, Hunter players have been given a look at the new subclass they’ll be playing when Beyond Light launches. Enter, the Revenant. This new elemental subclass looks to embody that of a ninja or master shinobi, having players throwing shuriken and hurling deadly Kama blades. Let’s take a look at what makes the Revenant subclass so cool.

Fresh new details have been revealed about the Revenant subclass, the new Stasis elemental subclass for Hunter players coming to Destiny 2 with Beyond Light. This information was shared on Bungie’s site on September 8, 2020. This brings the trio of subclass reveals to a close, with the Warlock Shadebinder and Titan Behemoth having been revealed the week of August 31.

By wielding the Darkness in Stasis form as a pair of deadly Kama blades or icy shuriken, the Hunter Revenant is able to control the flow of battle. Enemies will be slowed, some will be frozen, but in the end, all of them will be taken out. Here’s a look at the Revenant’s Super and charged-melee ability.

Silence & Squall, the Revenant’s Super, has the player throwing out two blades, one at a time. Whether the player can choose which blade to throw first remains to be seen, but chances are it will always be a one-two punch combo. The first blade freezes while the second one detonates. This sounds like a middle ground between the Blade Barrage and Shadowshot, offering the raw damage of the barrage with the repositioning aspect of Mobius Quiver.

Beyond raw damage, the twin blades also have a sort of utility. When Squall explodes, it will create a Stasis storm that tracks nearby enemies, slowing them as it closes in. This will give the Hunter significantly more area denial in Crucible, as players avoid the storm.

The Revenant reveal also gave players a look into one more Aspect and Fragment. Shatterdive allows the player to quickly descend while midair, shatter nearby targets on impact. It will be up to the player to ensure the enemies below them are primed and ready to be shattered.

Whisper of Hedrons is a Fragment that gives the player bonus weapon damage after freezing a target. However, this does come with a cost of -10 Strength, so weigh the option of a slower melee cooldown versus the bonus damage.

Before closing off the Hunter Revenant reveal, Bungie also revealed the three new grenade types coming with Beyond Light. It sounds as if all three grenades will be available for each of the classes, so no one will miss out.

While all the grenades sound powerful, the Glacier Grenade certainly sounds the most unique. This will allow players to not only create vertical barricades but horizontal platforms. Expect this to be used to great effect in controlling sightlines and creating new routes through the battlefield.