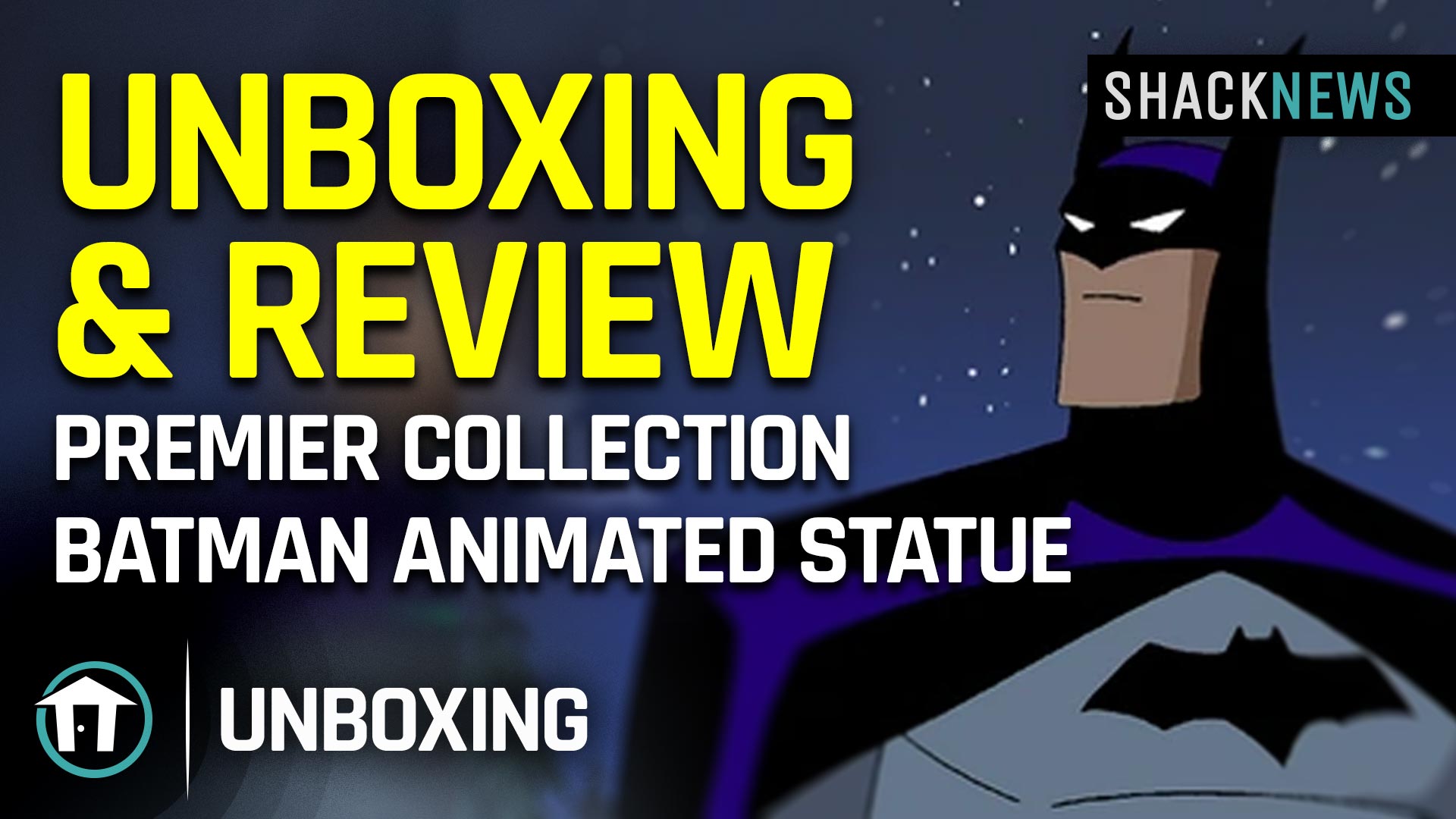 Retailing for $150, the DC TV Premier Collection Batman Animated Series statue from Diamond Select Toys is a rare treat for collectors. With limited availability of only 3,000 pieces, those curious to know how this statue ranks against others will definitely want to take a look at our latest unboxing and review.

Standing around 11 inches tall, the statue is over 12 inches across. Modeled after the animated character from Bruce Tim’s Justice League system, the statue itself looks sleek. There isn’t a ton of insane detail here like you might see in more realistic statues, and it captures that animated look very well.

While the detail never gets insane, the designers have captured the animated look very well. The blue highlights along the cape make for some subtle shifts in the hue, and while we wish that there were more highlights along the back, you’re probably never going to see much of that part of the statue when just displaying it on a shelf or in a case.

While a little plain, the base looks like real stone and never takes away from the actual statue itself. It looks really great when situated on any collector’s shelf and is definitely worth the asking price that Diamond Selects has pinned to it. Because of the limited amount of available statues, we highly recommend picking one up as soon as possible if you want to add it to your collection.

Overall the Premier Collection Batman Animated statue looks absolutely fantastic and adds a really classy feel to your collection. You can grab the statue from Diamond Select Toys’ official website, and make sure you head over to the Shacknews YouTube channel for more unboxing and reviews like this. You can also follow us on Twitter to get a good look at all the content we’re creating every day.