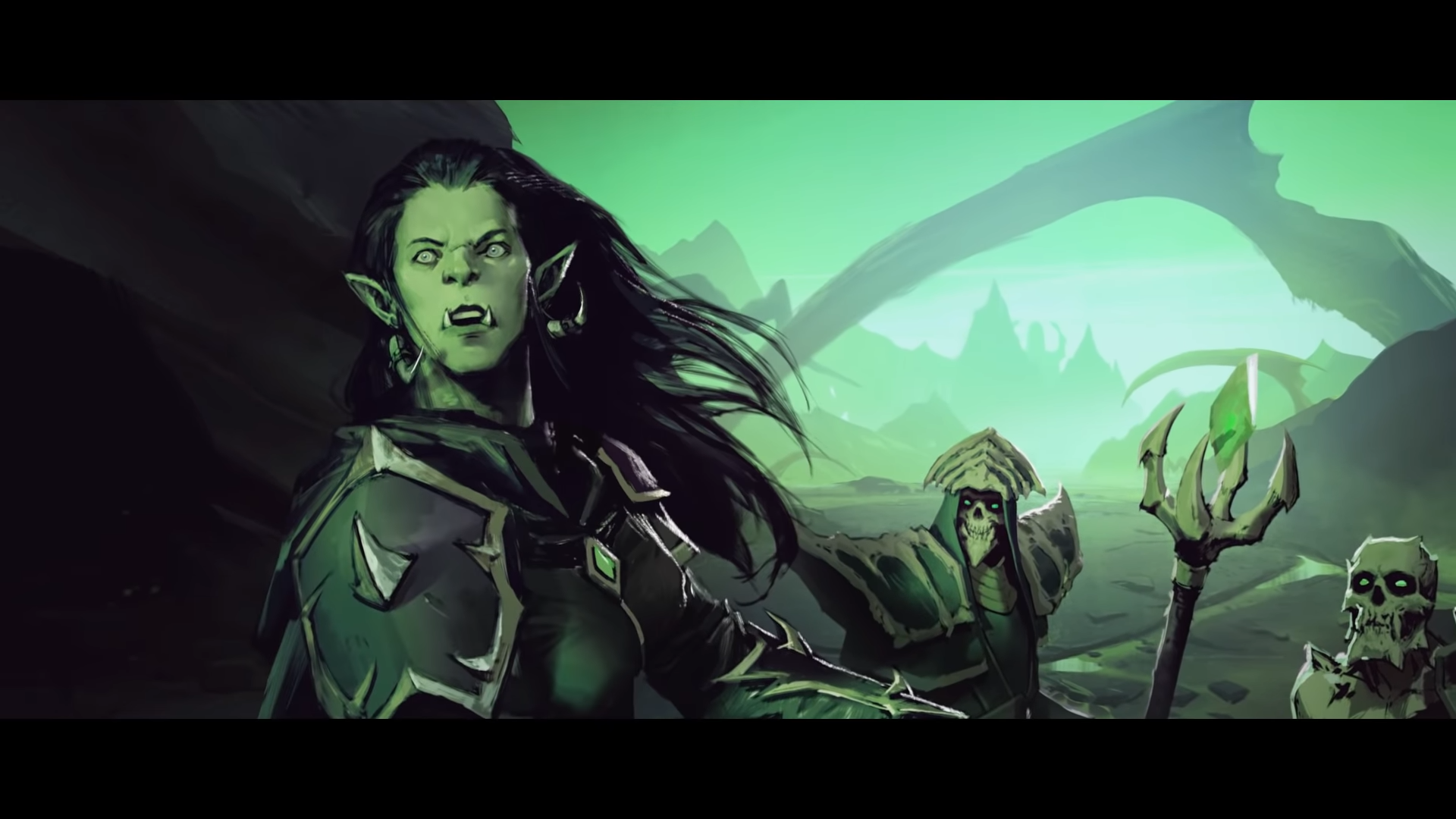 There is great turmoil across Azeroth heading into World of Warcraft's next expansion, Shadowlands. During last week's Gamescom presentation, Blizzard debuted the first animated Afterlives short, taking a look at Uther's final (?) encounter with Arthas. For today, Blizzard follows that up with Afterlives: Maldraxxus.

The orc warrior Draka once served in the Frostwolf Clan. She had since joined one of the many armies of Maldraxxus, serving in the House of Eyes. Cataclysmic events have begun to unfold across Maldraxxus, starting with the fall of the House of Plagues. But that's only the beginning, as there appears to be treachery within Maldraxxus leading to its armies collapsing from within. The short ends with a tease that Draka and Margrave Krexus may hold the key to saving what's left of Maldraxxus.

Shadowlands will mark the next major expansion for World of Warcraft. This latest expansion will introduce a slew of new features, including new playable factions, Soulbinds, customization options, and more. It will also push Azeroth's story forward from a multitude of different angles. Remember that at BlizzCon, the first cinematic leading into Shadowlands saw Sylvanas Windrunner defeat The Lich King (Bolvar Fordragon) and destroy his crown, seemingly taking his armies for herself. What's all of this leading to? We'll find out in the weeks ahead.

Afterlives: Maldraxxus is the second of four animated shorts that Blizzard will roll out en route to World of Warcraft: Shadowlands. The next two will release soon, offering a closer look into the covenants that will hold dominion over the expansion's new zones. We have quite a few videos that dive further into Shadowlands' new features, as well, so be sure to head over to the Shacknews and GamerHub.TV YouTube channels to learn more about what's coming. World of Warcraft: Shadowlands is set to hit PC on October 27.