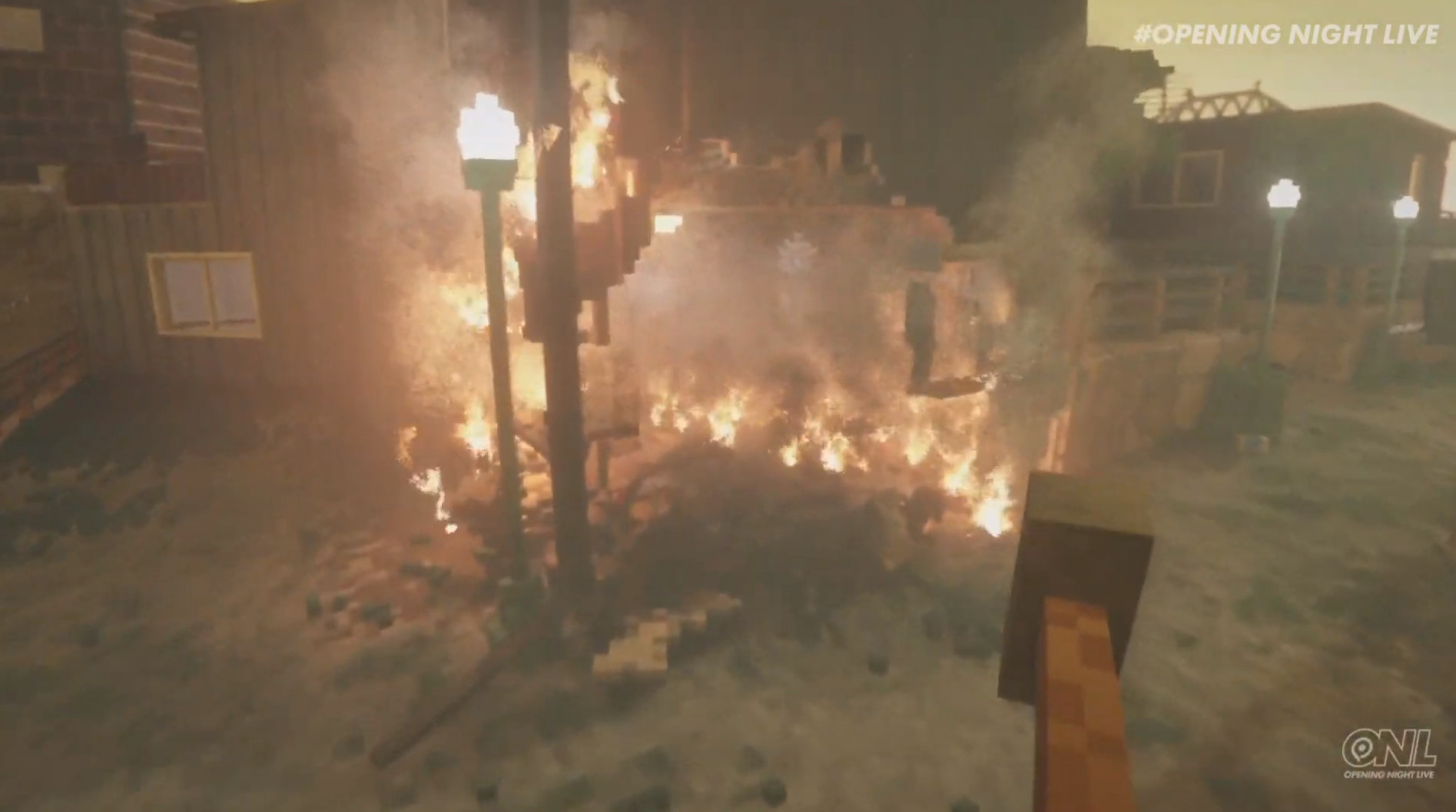 There were a lot of interesting games that were shown off at today's Gamescom Opening Night Live, but one of the more intriguing new kids on the block had to be Tuxedo Labs' new caper-based game, Teardown. Tuxedo Labs went as far to make their own engine to create a fully destructible environment for their game. Players will prepare their most efficient paths to perform the perfect heist. The game boasts fully destructible environments that will allow players a chance to create their own unique pathways to apparently steal stuff. It looks like it will combine first-person action along with vehicular options to get to the object you're trying to steal and get away without being caught.

To me, Teardown feels very similar to Minecraft and the fact that you can basically destroy anything you want to seems to back that up. However, the heist aspect of the game definitely appears to be doing its own thing, but it’s unfamiliar if there will be any limitations on your actions. For a better idea of what you can expect, the trailer below shows off some of the game’s features like weapons and vehicles and gives us an example of how the heist prep will work as well as the stealing and escaping part of the game. Be sure to check out the trailer so you can see that proprietary engine in action.

Is Teardown all about the setup and execution? Will there be any sort of puzzle aspects to pulling off the perfect caper? Will there be enemies? It’s hard to say just what else can be expected from Teardown at this time, but we’ll be sure to keep you up to date with more details on Tuxedo Labs' newest project as they become available. As of right now there are no details on a release date or which consoles Teardown will be coming to. Be sure to check out all our Gamescom Opening Night Live coverage for more brand-new games and trailers.