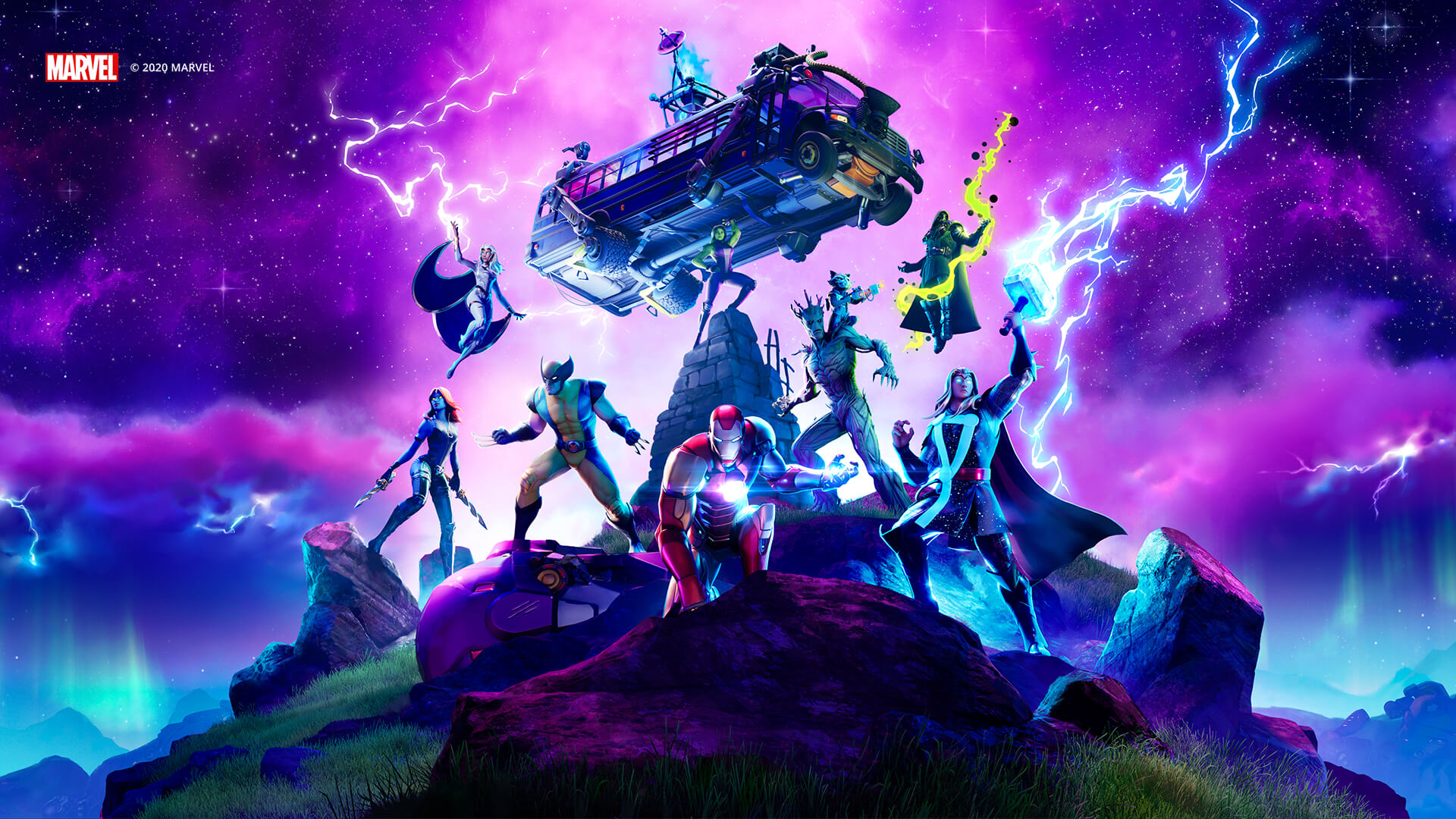 If you were a Fortnite player when the fourth season of Chapter 1 kicked off back in 2018, you would’ve never imagined that Epic Games would circle back to the superhero theme with officially licensed characters. Fast forward to over two years later, and several of Marvel’s iconic heroes are unlockable in Fortnite Battle Royale’s latest season. Here’s a breakdown of everything new in Fortnite Chapter 2 Season 4.

Everything new in Fortnite Chapter 2 Season 4

Titled “Nexus War,” Fortnite Chapter 2 Season 4 centers around Marvel’s superheroes and their battle to stop Galactus, the world eater. The Battle Pass for Season 4 is entirely Marvel themed. Not just restricted to the Avengers, this season’s skins include a wide variety of characters in the Marvel pantheon. Starting off with Thor at tier 1, players can unlock and play as She-Hulk, Groot, Storm, Doctor Doom, Mystique, and Iron Man.

Each hero has unlockable styles and abilities that come later on in the Battle Pass. For example, Thor can call on his mighty power and glow the color of lightning, and Mystique can unlock the ability to shapeshift into enemy player skins after eliminating them. Rather than your traditional alternate styles, the Battle Pass skins here have their own unique traits. This includes built-in gliders for characters like Storm and Iron man.

As for the bonus Battle Pass skin, players will be able to unlock X-Men superstar Wolverine through additional challenges later on in the season. In addition to having a classic suit to unlock, players can also substitute Wolverine's claws for his pickaxe.

Speaking of pickaxes, Thor’s iconic Mjolnir is a foraging tool featured in the Fortnite Chapter 2 Season 4 Battle Pass. The hammer can only be wielded by those deemed worthy, meaning that if a skin other than Thor equips the item, it will appear as a default pickaxe. However, owners of the Captain America skin that recently appeared in the item shop will also be able to use Mjolnir. A fun nod to an epic moment in the latest Avengers film.

There are also several new items and map changes to be discovered in Fortnite Chapter 2 Season 4. There are new Marvel themed weapons that let you harness the abilities of different heroes. Race throughout the map atop Silver Surfer’s board, or safely roll out of danger in Groot’s bramble shield.

As for locations, players can visit the Sentinel Graveyard, Doom’s Domain, and even the S.H.I.E.L.D. Helicarrier up in the sky. Epic Games promises more unique Marvel-themed items and points of interest will arrive over the course of Season 4.

Now that you know what’s new in Fortnite Chapter 2 Season 4, you’re ready to spring into action and join the Nexus War to defeat the sinister Galactus. Fortnite has done a countless number of branded collaborations, but this looks to be their most ambitious yet. For more on the Battle Royale, be sure to visit our Fortnite guide hub.